Posted on January 31, 2020 by Sanjeev Ahluwalia 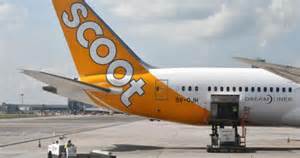 Prime Minister Modi is a “lucky General”. At a time when India seemed most vulnerable, God has chosen to level the field a bit by hitting the global economy and China with a pandemic which is sure to slow growth even further making us look relatively better.

The misery of others often comes with collateral benefits. Low oil prices courtesy a global slowdown is a welcome news for us. Nevertheless, our capacity to inflict self-harm remains intact. Domestic ham-handedness in managing the ongoing fiscal crisis can substitute for an absent external shock.

The myth of endless scale economies

First, don’t succumb to the global fantasy of funding projects at an unprecedented scale. Big is not necessarily beautiful. Inefficient governments make massive mistakes in massive projects. Amaravati in Andhra Pradesh is one such example of a dream gone sour. 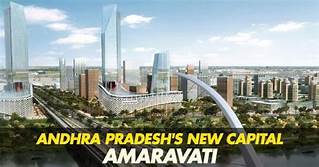 Inspect closely the fiscal logic of large increases in allocations

In a situation of extreme fiscal stress, any increase in budget allocation well beyond the expected GDP nominal growth rate of around 9.5 per cent in FY 2021, in any of the 338 three-digit level line items of expenditure, spread across 100 separate heads each representing one government entity, signals impending fiscal stress unless it is accompanied with a specific financing plan for such incremental allocation. Treat all such ambitious allocations – particularly in infrastructure and security – as political fluff or just plain lazy accounting.

Be honest about the fiscal deficit

Second, any projection of fiscal deficit (FD) below 5 per cent of GDP for FY 2021 is a pure bluff because that is the actual FD this year. If the budget projects this year’s FD at 3.8 per cent and next years at an even lower level, expect the actual FD to be 1.5 to 2 per cent higher – a continuation of the shoddy cover-up games which our Finance Ministry mandarins have been playing.

Hiding the real extent of the FD reduces the dignity of Parliament which approves all expenditures and taxes. It also compromises the integrity and credibility of government accounts. Maintaining two sets of accounts is a popular small-business practice. National accounts are expected to be responsible.

Hidden deficits fester by evading sunlight. They can consequently result in a future debt meltdown. General Government debt (including that of state governments) is already 70 per cent against the prescribed limit of 60 per cent of GDP per the FRBM Act. No one wants a repeat of 1991-92 even though cynics advocate that India reforms only when it is in a crisis.

Leave money in the pockets of citizens – No more taxes please!

Third, no more taxes, please. Modi 1.0 came to power on the plank of efficiency and good government. This means doing more with less. The government was assisted by a sharp decline in the international price of oil which released fiscal room for higher taxes on petroleum products. This revenue was wisely used to reduce the Fiscal Deficit from the 4.5 per cent it inherited to 3.5 per cent of GDP by FY 2018.

Thereafter fiscal ambitions grew, allocations expanded whilst revenue stagnated. Disinvestment proceeds after peaking in FY 2018 at Rs 1 trillion declined to RS 0.8 trillion in each of the nest two years and reached a nadir of Rs 0.20 trillion in FY 2020 – despite an over-liberal use of an accounting trick of getting one PSU to buy another thereby feeding on the cash reserves of well-performing PSUs. Getting RBI to provide emergency support and taking the actual FD off-budget to make the accounts presented in Parliament not representative of reality.

There is a crying need to be upfront about the FD. It is not as if the Modi government has wasted public resources. Domestic economic shocks happen.

Just as surely, despite the hole of around 2 per cent of GDP in the finances, this is not the time to pull back on spending. Nor is it the time to jack up tax rates to present an accounting artifice of a “balanced” budget for FY 2021.

Adding to the spaghetti of tax rates is not advisable. A thorough clean up of the tax architecture should accompany the new direct tax code once it is ready for discussion. For FY2021 just let things be.

Rolling back the incidence to the 3.5 per cent, as in FY 2017, will cost the Union government around Rs 450 billion in lost revenue. But it shall leave money in the hands of the average taxpayer for boosting demand. This is the only Jeff Bezos type of grand gesture the government can afford in FY2021.

The existing long-term capital gains tax, introduced in FY 2019 by Arun Jaitley, must be maintained. It hasn’t garnered much revenue because markets have been subdued due to the persistent “twin balance sheet problem”. Ending it will subsidize the well-off who live off investments inequities. Ending the tax will add no additional domestic consumption. The windfall will simply be saved or repatriated to overseas investment safe havens.

Don’t soak the rich – it’s glorious to be wealthy!

Raising tax rates to soak the rich or introducing moribund concepts like a wealth tax or an inheritance tax is a big no-no. These will vitiate investor sentiment but garner meager additional revenues. The rich are better at avoiding taxes legally than the government is at recovering them. At best, a few middle-class upstarts, who might have laboured to accumulate wealth legally, will be forced to pay even more taxes than before, cutting further into consumption at a time when expanding demand is crucial.

Getting a 9/10 should be dependent on FY 2021 shunning grand investment schemes; being honest about the fiscal deficit and imposing no new taxes. The deduction of 1 mark is the penalty for not being transparent in the past.