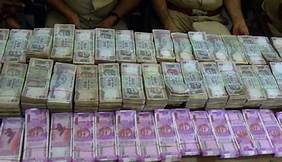 The RBIs decision to hold the repo-rate (the administered rate at which the RBI lends money to banks) at 5.15 per cent for the second time in four months, mirrors the timidity of the Finance Minister in the budget proposals presented for FY 2021. Both are twins born of the same mother of policy paralysis and dwindling vision.

Lets’ not forget that the crisis today is of low demand. Industry and individuals – at least those who are serious about repaying their loans- see no future in borrowing at between 10 to 15 per cent to invest in an economy growing at 9 per cent in nominal terms.

Room only a few in the growth party

Only those who have an unbeatably revolutionary product, like the Tesla car in the auto sector or Jio in infotainment and communication sector or those who are part of the massive “government-industrial complex” which extends beyond the formal public sector, will borrow, undeterred, because they can reasonably hope to push existing players out of the market and enhance market shares; push administered prices up to suit them or tweak regulations to boost their top and bottom lines.

Sadly, the nature of this privileged beast is such that there are a mere handful of such companies and products in the market. The rest of us can only hope to keep our noses above water and hope for low double digit growth in our top line. This is the aspiration of the average Indian businessperson – retailers, wholesalers and small and medium industry. And it is this lot who have been terribly disappointed both by the budget and now by the RBI monetary Committee’s decision to hold the interest rate level.

It is good that the RBI has taken more substantive steps to enhance liquidity in the market – by cutting back on the amount of money banks are forced to keep in reserve with the RBI as a kind of guarantee to safeguard ability to servie the debt on its books to depositors. By freeing higher proportions of Bank assets to be used where they earn optimum risk weighted returns, rather than be dragooned into supporting the bottomless appetite of the government for public dent, the RBI has supported cheaper credit.

A more “daring” move is to allow additional leeway – an additional year – to real estate and MSME units to restructure outstanding debt as on January 1, 2019 and thereby stave off the debt being classified as stressed.

The success of such relaxations depends crucially on the thousands of bank managers who must now sift the chaff of irresponsible and commercially doomed borrowers from the grain of the few whose balance sheets are in a mess for no fault of theirs.

Using discretion wisely is easier said than done. But one cannot micromanage such exercises. It is good that the RBI chose to give this benefit to real estate – the biggest employer of unskilled labor after agriculture and to the MSMEs who have suffered the most from ourinstitutional evolution to a “banked business architecture” because of the GST – as opposed to one bed rolled earlier by cash.

Reform in fragments dulls the shine

Specific parts of the government are pulling together to make FY 2021 qualitatively better than the previous fiscal. But it remains a somewhat fragmented game plan heavily dependent on well-meaning individuals taking the right decisions.

What remains missing is the grand institutional push required to recapture the highlands of 8 per cent growth. That can happen only with a major overhaul of the way public resources are allocated and used and a make-over in the incentives available for business to invest and grow.

Only deep reform of the style and substance of government regulation-  along the lines, instinctively captured by Prime Minister Modi, as early as May 2014 – in the meme “more governance less government” can unleash the animal spirits which have remained caged by lazy administration of a well-conceived theme for revival.

Liberalizing agriculture; privatizing the burgeoning public sector and professionalizing government can no longer be ignored if high growth with equity is an objective.

One thought on “RBI chickens out of stoking growth”