Posted on August 9, 2013 by Sanjeev Ahluwalia

We have a choice to make, as India grows rich. Should we glorify the path of escalating consumption levels as the mantra of economic growth or the Gandhian concept of “self restraint” as the root of sustainabile growth. Man is the only animal which consumes relentlessly. In the West the poor are obese because fatty food is cheap, relative to income. Consumption is the one emotional straw universally available since the family has crumpled and human interaction becomes robotic. The American rich are wafer thin, not because they believe in restraining consumption, but because this is how they live longer and better (the old animal instinct for survival). However, the very same people have no compunction in over using heating to remain in shirt sleeves even though it is snowing outside or drive cars which outweigh them by 10 to 15 times or travel between their home and office by air, daily, just because they can afford to do so. We know that external  controls on consumption do not work…like prohibition…or prostitution. It just drives up the cost of these goods and services with the “transaction cost” accruing to the “policracy”. We also know that all of us are trapped in an international pattern of consumption driven by the open access order of World communications. The Devil does indeed wear Prada and there are millions of wannabe Devils and Pradas out there.

Hope for India lies in two separate sets of actions (A) The government must say no to the possibly cheaper but unsustainable production systems of the past and use technology to delink resource use from economic growth. Opting for Nuclear and Renewable energy and taxing conventional eneregy is one such action. Opting for a rational blend of air, rail and road transportation is another, with taxes on low efficiency personal options like executive jets and cars. (B) More importantly we need a social movement to eschew “consumerism”. This can only begin, like all good things, from home. In most Indian homes it is the mom who is inevitably the role model of all that is good and practical…especially if the mom is the bread winner. Most males are still the “hunter gather variety” who look to accomplishments, outside the home, for fulfillment. The poor and middle class in India are too income constrained to really have the financial space to be role models of “restrained” consumerism. It is to the rich moms that we must look for change. There are atleast 4 million of these in Urban areas and 7 million in rural areas. Here are simple actions which can promote a sense of “minimalism” in our culture.  (1) Wrinkles in clothes are ok. Clothes do not have to be starched and blindingly white as long as they are clean and smell ok. Rich, urban, India wastes at least 100 million liters a day of water to over-wash clothes to get that constantly fresh and starched look. Politicians could help also by breaking with this style. (2) India with its dust, humidity and heat is unsuitable for opulent “Arab” style or ornate “French” furnishings. Keep it simple; wood, stone tiles and mats look and feel best. (3) Dress for the weather not against it. U can’t recreate Paris in Purnea. (4) Say no to more than seven pairs of footwear (including chappals) per male adult and fifteen pairs for a woman adult and do u really need more than five handbags?. (5) Say no to more than ten sets of clothes for a male and thirty sets of clothes for a female (6) Donate your old clothes freely if u want to refresh the wardrobe. (7) Install motion sensor switches in your home to save energy when are not using the device. (8) Be vocal against excessive eating and indulgence. Bring social compacts (not legislation or regulations) to bear on dowry, extravagant weddings and waste. (9) Honour persons who are role models in high thinking but low living (is Jean Dreze the only one?). (10) Honor those who use their wealth for the good of others, not just the wealth accummulaters. You can’t reap if u don’t sow. 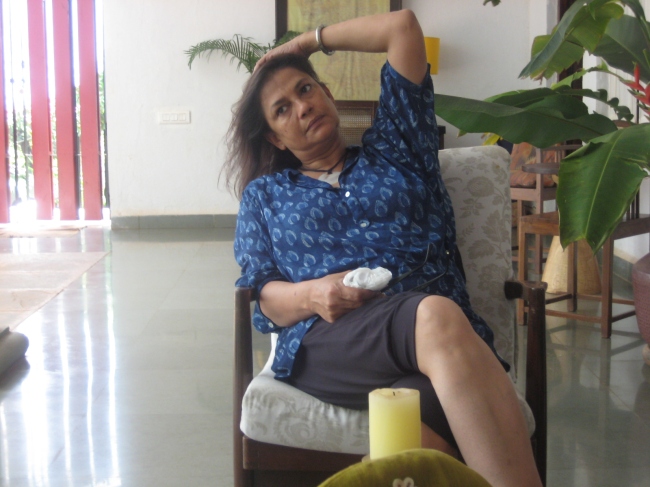 One thought on “Rich moms could be role models”