Is Rahul really so wrong in talking of two Indias. There are two Indias. But not the kind that Rahul envisages. He sees the divide in economic terms; the poor and the rich. The real divide is between those who are ready to abandon tradition and social bonds, especially when they impose medieval constraints on human rights and those who are either happy or are benefited by remaining wedded to the past.

In the former category are those who marry outside their caste, religion or class and do not impose caste, religion or class as an initial yes/no basis for choice of life partner by their children; those who shall not support a political party which uses traditional social groups as vote banks; those who speak out for human rights, child protection, protection from marginalization and against gender discrimination and abuse.

In the latter category are all those who support the infamous Khap Panchayats of Haryana; Hindu and Muslim fundamentalism; caste based social interaction and the use of tradition as a lever of social control. The most recent incident from Haryana of “honor killing” illustrates this mindset.

Consider how quickly social cleavages could disappear if by law Indians were required to marry outside their caste or religion and if they had free choice. Of course we have a problem in that for every Muslim there are six Hindus so whilst Muslims, Sikhs, Jains, Buddhists and Christians would have a significant pool of partners in Hindus the reverse is not true. Here the law could strike a blow for social reform by decreeing that marriage between a scheduled caste or tribal Hindu and a general category Hindu would also qualify. There is a parallel from Africa. Tribalism is the bane of Africa but is unknown or marginal in Tanzania. Christians and Muslims inter marry. The change is attributed to the social activism of Julius Nyerere, their first President who ensured intermixing by forcibly requiring children to study away from their home cities, developed mixed communities and encouraged people to marry across tribes and religions. This does not mean that tribalism and religion do not exist. They do but it is not a basis for social segregation as in India.

India is rife with laws. Why not this law which eradicates the scourge of social parochialism and prejudice? Unfortunately anyone suggesting this remedy would be immediately categorized as entirely mad or at best a dreamer. It is unimaginable that people would accept this level of intrusion into their personal life. What about our religious leaders and their followers? Their social and economic power could vanish overnight. What about political parties? How would they now target their voters? “Secularism” would acquire a hollow sound. “Fundamentalism” would similarly lose its force. Politicians would need to start talking about real issues; things which matter like social and individual well-being. All this goes against the grain of India’s incremental approach to change.

The longer route to social integration is via development and urbanization. Enhanced income makes people less willing to risk social unrest and violence. However, rich people can end up being socially more traditional and backward looking than the poor. Superstition is a common failing of the rich. False religiosity and a fetish for rituals is a peculiar character of the wannabe rich, who like all wannabes are more devout than the traditional elite. Rising incomes then is not the route to social integration. Rather the savior is rapid urbanization. Cities break down social barriers and shake up people’s prejudices. They give an equal chance for women to work. This destabilizes the traditional social order within the family. Cities force people of different backgrounds to cluster together on the basis of income or occupation.

Between the two; legislating social integration or urbanization the latter is the non-controversial option. Urbanization is a global trend. It makes economic sense. It is irreversible. By 2050 one half of India will be urban. This is still thirty seven years away; one full generation. It will take India till 2100 to reach a level of 75% urbanization. Well more than double the time since our independence. This is way too long to cut away the false social constraints we live within.

The only near term option is to rely on social reformers. We need a modern day Kabir; Sir Syed Ahmed Khan, the Mahatama;  Raja Ram Mohan Roy, Swami Vivekananda, Babasaheb Amedkar or Maulana Azad. I am not sure how one can find such persons in modern India. We lost one such self-effacing but determined person in the assassination of Narendra Dhabolkar. This illustrates the viciousness of entrenched, fundamentalist elites. Where there was one Dhabolkar there are bound to be countess others who are driven by their passion for rationality, social harmony and the assurance of basic human rights.

A sure way to discover such social forces is by following the well-defined mechanism of truth and reconciliation. This is a standard conflict resolution technique. It encourages the two conflicted parties to engage with each other in a mediated forum at the local level, where the flesh meets the sword and work through their differences…much the same as a warring couple. Through accusation and counter accusation, the often unpleasant truth emerges and is recognized by all. Blame is apportioned, consensually, by the two parties, it is accepted and differences are resolved. Over time people get into the habit of adopting this mechanism for defusing tension. The differences recede. The common bonds become stronger. Life goes on. Since this is an apolitical process and is led by social reformers “political noise” is avoided. The process itself provides incentives for mediators and “social binders” to emerge. In the emergence of such persons lies the salvation of India.

In India, after the partition; after the Hindu-Muslim riots of the late 1970s and early 1980s; the Sikh massacre of 1984; after Babri Masjid and the Bombay riots in 1992, Godhra 2002 and Muzaffarnagar 2013 we have never meticulously tried Truth and Reconciliation, to heal the wound. The approach has always been to “seal” the wound as fast as possible, as if it were a pressurized well, needing to be plugged. Unfortunately, even plugged oil wells explode when pressure builds up.

It is time to change. It is time for social reformers to step in and follow through with healing and reform.  We are obsessed with economic reform, quite ignoring that conflict (the outcome of unresolved social tensions) negatively impacts the GDP by at least 2 to 3%, every time it flares up. Computing the full cost of conflict is a complex exercise.  Africa, it is estimated, loses 15% of its GDP due to conflict. The power of good Economics can be significantly supplemented by social reform. Let us start now. Action is long overdue. 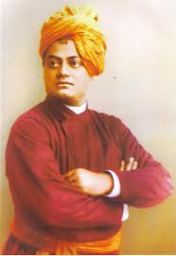