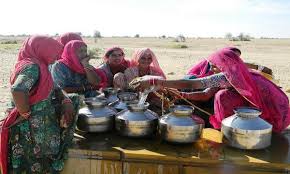 How close is India to achieving the PM’s vision of “cooperative federalism”? Very far I would say on current trends. Federalism itself is a distant goal, cooperative, or otherwise.

There are too many unitary features in our constitution to qualify us as a federation. Just to list a few; (1) the vertically higher judiciary with the President of India appointing all judges of the High Courts and the Supreme Court; (2) the Union Government’s power to supersede the constitutional checks and balances by declaring national or state level emergency; it’s powers to direct a State Government to redress any failure to support the exercise of its executive powers; its controlling powers over the civil and police administrative elite cadres (IAS and IPS) which dominate state government administration also and its power to appoint a Finance Commission to advise on the inter-government distribution of revenue without the concurrence of states (3) the overriding status of Union law even in the concurrent list; (4) the Rajya Sabha can authorize the Union Government to legislate even on matters in the State List

“Federalism” in the Indian context is a tug-of-war between the Union and the States. It does not extend to the devolution of powers and funds to local governments-Panchayats and Municipalities, which are closest to where citizens live. This leg of federalism has been largely ignored, despite explicit constitutional provisions, available since 1992 via the 73rd and 74th amendments, for such downward devolution by States. Whilst lamenting the “unitary slant of the Constitution” versus themselves, the State Governments tend to replicate the very same “unitary” approach whilst dealing with local governments.

The oft cited barriers for devolving powers to local governments include the lack of capacity; the risk of even greater financial irregularities; the increased cost of administration; the inefficiencies arising from even greater need for coordination. The good news is that other developing countries have successfully overcome such barriers; Brazil in Latin America; Indonesia in East Asia; South Africa, Kenya and Tanzania in Africa are some leading examples of large developing economies.

The real barriers to devolving power to local governments are not technical. They relate to the loss of elite power and the associated loss of “rents” (personal profits) and patronage at the state government level. Take land management for example which is currently located at the state government level. If the management of land and other natural resources like lakes; forests and mining for minerals are located at the community level, a major source for “rents” available to state level elites either disappears or gets transferred to local elites. The expectation is that local elites, being interdependent with the aam admi, are likely to be less rapacious than distant elites located in the state capitals.

Is India ripe for deepening our nascent “federalism”? At the very extreme federalism allows a State to secede from the Union. This is unthinkable though it is not self-evident that given this choice, state governments would walk out. But even the devolution of more functions, powers and funds is constrained by the ground realities.

The belief that there is no longer any real and present danger of the splintering of India is naive. At least one fourth of the 680 Districts in India are sensitive to sequential insurgency, communal, caste or access to resources based violence and a significant number are virtually inaccessible to the civilian administration. Many insurgents draw inspiration from the Chinese revolution. It doesn’t help that tumescent China is flexing its muscles in its’ near abroad. We should consequently expect that such local insurgencies will increase rather than decrease. Our Western borders are directly exposed to Islamic terror. We have contentious and unresolved border disputes with Pakistan, China and Bangladesh. These are not trivial security concerns. Consequently, strategic unitary features seem sensible.

There is little sense in devolving the core sovereign functions of external and internal security; diplomacy and immigration; monetary management and the financial sector; external trade and investment; environmental protection; development of network industries; infrastructure including inland waterways (rivers); space, science and technology; and Atomic Energy. All these must remain directly managed by the Union government.

But large swathes of the social sector (education, health, water and sanitation, sports, culture)  and natural resources sector (forests, land, coal, oil and other minerals) can be devolved to states and local governments though the revenues should be shared across the three levels of government. The Union government could restrict itself to setting standards; harmonizing Rules and Regulations; promoting sustainability research and knowledge management.

Finance must be aligned with the restructured functions. Currently the Union government has an effective share of 40% of all government revenue. It also effectively encroaches on an additional 8%, which it is supposed to transfer to states, by usually withholding this as the contribution of a State as co-financing of central schemes. In effect States get just 52% of aggregate government revenue to discharge their long list of responsibilities. They pass through only around 15% to local governments.

Admittedly, state governments have been delinquent in growing taxes available to them; property tax and agricultural income tax being two examples. But it is unconscionable for the Union Government to retain anything more than 30% for its own purposes (15% for defence, 5% for internal security and 10% for its other functions).

State governments must in turn transfer 40% of their aggregate revenue to local governments. They must start cutting their coats according to the cloth (the residual 60% of available resources) available. The earlier administrative sprawl is contained in the Union and State governments, the better, stranded facilities and human resources are expensive and politically disruptive .

The devices used by the Union to evade sharing of revenue, like increasing the rate of a cess; fee or surcharge (which are not sharable with states) rather than the tax rate itself, should be curtailed by simplifying the sharing formula to take into account all revenues other than the sale of assets and net loans.

The 14th Finance Commissions report is eagerly awaited.  It should be measured against the broad metric of devolving enhanced shares in finance downwards to states and most importantly to local government. It must starve higher levels of government so that they are forced to change track and implement decentralization. Its five year time frame would be inadequate to achieve this restructuring. Unlike Indonesia, India does not take easily to big bang reform. But the Commission could lay out a transition path to simplify the formula for revenue sharing; move money downwards and suggest accompanying vertical functional shifts. It will be measured against this metric.

Some symmetry is needed in the constitutional arrangements between state and local governments to balance control with and trust and autonomy. One step could be to change the status of the Governors of states. Today they are mere nominees of the Union Government. Like the President of India, they must be indirectly elected by the people’s representatives at the state and local government level. Their current status is pretty unedifying and they risk ending up as being completely redundant to good governance.

An associated amendment should be to replicate the unitary facets of the Union-States constitutional arrangements, to define the arrangements between a State Government and its local governments; (1) emergency powers of the State Government; (2) vertically integrated police and civil administration; (3) state government control of local courts, ability to override the legislative autonomy of local governments on concurrent subjects and with the approval of the legislative councils (which would be replicas of the Rajya Sabha) to legislate even in the local government list of subjects.

Despite some symmetric arrangements, there is ample room for vertical asymmetry to accommodate the diversity in the endowments; economic potential; population; geographical size and cultural plurality across states so as to strengthen both the Union and the  States.

“Sardar” Patel dedicated his entire post-independence career to creating a unified architecture of India but not as a mere draftsman “moving boxes around”. He did this by negotiating, cajoling, convincing and overcoming local resistance overt and covert, and building on local support.

We need a second “Sardar” to convert the PM’s vision of cooperative federalism into reality, by loosening the unitary bias versus the state governments and simultaneously pushing federalism to the level of people, using the principle of subsidiarity.

If we delay in sharing power at the “peoples’ level” the relentless force of urbanisation, communication technology, social media and the autonomy endowed on local jurisdictions by private sector investment and growth, is likely to create a maelstrom of political disruptions, which we can ill afford. Time to act and preempt the inevitable.