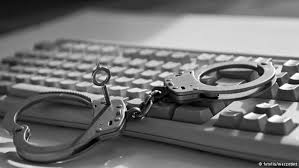 Forty Eight years ago on March 23, 1977 India emerged from the darkness of a 21 month long “national emergency (Article 352 of the Constitution)” into the light of full restoration of fundamental rights. Indira Gandhi- the then Prime Minister, a feisty mother, tired of the excesses of her son- Sanjay Gandhi, called for general elections in January 1977, which resulted in the decimation of the Congress Party in the North and the humiliating defeat of herself and Sanjay from their pocket boroughs of Rae Bareilly and Amethi respectively.

Lest this dark period repeat itself, we must plug the institutional gaps which allowed it to happen in the first place.

Better oversight of the need to impose emergency

First, today the President is the only entity empowered to exercise oversight over the government’s proposal to implement the emergency provisions. This arrangement has not served us well.  The manner in which the Indian President is selected- indirectly by a simple majority of the MPs and MLA vote- only ensures that a “candidate” of the ruling party wins. Any, but the most exceptional, human being is bound to serve those who appointed him. This makes the President unsuited to stand up to a Prime Minister who has a more direct democratic mandate. Fakhruddin Ali Ahmed- no moral giant succumbed to Indira Gandhi’s dark machinations- and approved the Proclamation of national emergency.

But that was as inevitable as the more recent example of the shoo-in, unelected Prime Minister- Manmohan Singh, subverting public interest, presumably under pressure from the Congress Party. Sonia Gandhi- an astute politician ensured her centrality by putting in place a non- threatening President of India (Pratibha Patel-2007 to 2012) and a Gandhi subaltern as Prime Minister.

Can we avoid a recurrence of such crass undermining of our constitutional framework? There are three options.

In any event “armed rebellion” is largely a “domestic law and order” issue which is handled by state governments and can be dealt with using the existing laws criminalizing violence and terrorism. Nothing stops the Union Government from coming to the assistance of a state government which needs help in dealing with the break-down of the rule of law.

A State Government, which is unable to manage “armed rebellion”, may yet be reluctant to seek or accept help for political reasons. The proper way to deal with such governments is to impose state level emergency provisions under Article 356 if there is break down of the constitutional machinery at the state level. There could be a number of reasons why there may be a constitutional meltdown in a state and “armed rebellion” is just one of them.

Second, more broadly, the scope of a Constitutional provision for imposing emergency; suspending fundamental human rights and diluting recourse to the higher judiciary against excessive or unjust executive action needs to be relooked.

Independent India has fought four wars till now- 1962-China, 1965-Pakistan, 1971-Pakistan and 1999-Pakistan. They all ended within a month except the last one, fought on the heights of Kargil, which lasted three months. This illustrates that the need for unfettered executive action, unencumbered by clunky constitutional provisions, lasts only for a limited period. Presently, emergency provisions can be extended ad-infinitum merely with Parliaments approval. The 1975 emergency lasted 21 months! That is way too much power to give to a simple majority of Parliamentarians with too few safeguards to guard against the mala fide use of such wide powers.

Third, our dark past showed us that faced by a determined and malign political power the much vaunted bureaucracy crumbles and “crawls” even without specifically needing to do so. The “steel frame” has eroded far too much to be revived. Indeed it is questionable if it should. After all, in modern democracies it is those who have the popular mandate who must rule and be responsible for the outcomes. Professional bureaucrats are today just that- professionals who devise the most optimum way of achieving political objectives. They cannot and indeed must not, be expected to carry the can of defending the nation against tyrants. That is best done by developing robust institutions; formal and informal norms for political behavior.

Fourth, political parties are the vehicles for consolidating and representing the opinions of voters. They continue to be very ineffective in the absence of commonly accepted norms for their internal governance. Even a small public limited company is exposed to more regulatory control to ensure transparency and protect the interests of the small shareholder, as compared to even the largest political party. Media reports suggest that the Congress party could be the biggest real estate owner in India! In the absence of disclosure standards for political parties rumor may well be fact.

Unless a code for ensuring transparency and preserving inner party democracy is imposed on recognized political parties, the “recognition” granted to them by the Election Commission is meaningless. It is instructive that the nascent Aam Admi Party is self-destructing even today on the charge of undemocratic and authoritarian rule by a select few leaders. The Election Commission must be empowered to define and audit standards for the internal governance of political parties- audit and accounting of party funds; election of leaders and protecting the rights of the ordinary member, in much the same way as SEBI does for public limited companies listed on the stock exchange.

Democratic party processes can breed democratic leaders and thereby cut at the root of dynasty; megalomania and delusional complacence.

Time to get working on protecting the ordinary voter from the tyranny of undemocratic political parties.