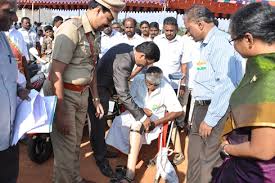 Prime Minister Modi, addressing the civil service officers, last week, made three telling points. First, he asked the bureaucracy to shrug off the inhibitions of the past and think big and assured that resource constraint would not limit them.

Second, he exhorted the bureaucracy to change citizens’ perception of babudom by personal example.

Third, he advised that social and human development were core sovereign areas that babus should focus on.

Taking the second first, he was bang on. Babus have taken a severe beating over the last three decades, with even the government giving this institution short shrift. Cleary, this PM is different. This warmed babu hearts, as it was meant to and possibly sparked off in a few, the determination to be different. But unless some core steps are taken to create the enabling environment for babus to earn respect, the warmth will dissipate quickly.

There are three key issues which bedevil the bureaucracy and unless these are dealt with widespread change is a dream.

First, the bureaucracy remains mired in colonial, vertical hierarchies, with each having its own jagir of positions that only they can occupy from induction to the day they retire. Aspirants work hard to join the various silo like career lines, not because they have a talent or even liking for the type of work they do, but based purely on differential career prospect, which bear no relationship to the value addition. This is clearly out of sync with the horizontal institutional structures which are the new work place.

Of course change has to be gradual to be fair to those, who for no fault of theirs have become what the system made of them. Starting with the top is always the best way to signal change. Recruit all senior positions in the Government of India on contract for fixed terms through open selection, based on core competencies. This is what will incentivize junior babus to be performance oriented; acquire relevant skills and to specialize.

The electron is mightier than the pen

Second, government has to go 100% digital to manage the ensuing burden of monitoring, managing and rewarding performance. Digitisation also establishes audit trails, which cannot burn down, as files do. It is also crucial for fixing accountability. Lastly, digitisation promotes transparency and access to information. India lost an opportunity when it did not become part of the steering group for the Open Data initiative of President Obama in 2013. But this is where we should be heading.

Pay for value addition not status

Third a common problem, across bureaucracies, is that that the most unskilled get paid the highest relative, to the market comparators and the most skilled are severely underpaid. The logic behind this “madness” was socialism which expected you to “give” to the nation per your capability but to expect only what you needed. Since there is not much variance in human need- roti, kapda, makaan- pay scales across the vertical levels of babus were compressed unreasonable in a show of faux equity. Even today the highest gets paid only 10 times the lowest. This needs to change. In the private sector, where pay is related to value addition, this ratio is meaningless. The start should be made by making all senior positions-Joint Secretary and above- contractual, filled by open selection through UPSC and paid on market rates.

Just making these three changes can inject skills into the bureaucracy; make them more responsive to public needs and generate the right incentives for those in line for senior positions.

Are we heading for a fiscal surplus?

What about the other significant point of the PM-thinking big and learning to work with “plenty” instead of coping with resource scarcity.

The source of the PM’s confidence that a fiscal bounty is around the corner is unclear but the point is relevant in the context of his objective “minimum government, maximum governance”.  If the physical size of the government is reduced to only the skills required for core sovereign functions, the ensuing surplus public funds can be deployed.

His remark gains heft when linked to his third point that he did not visualize a big role for the bureaucracy in areas which were earlier considered “prime “ positions- industrial development, commerce and infrastructure, since these were not core sovereign responsibilities. Developed economies function very well, through professional bodies and the private sector in these areas, using light touch regulation.

Instead he exhorted the bureaucracy to align their skill set with what people expected of them- enforcement of the rule of law; social protection and human development. Working with and for the disadvantaged, is a core sovereign function. This must have come as a shock to many babus, aspiring for career in the glamorous world of industry, infrastructure and commerce.  But, if and when translated into reality, a focus on using the bureaucracy primarily to fulfill social objectives is very welcome.

Are there special skills required to work with plenty? A fiscal bounty or “plenty” has obvious advantages in improving funding even for functional areas like personnel management, accounting, auditing and technical consultancy which are fundamental to public efficiency; in improving the timely availability of budgeted amounts or in making government more receptive to innovation requiring some additional up-front cost. But perversely, plenty also breeds its own “spoilers”.

Keeping the “Locusts” at bay?

First, “plenty” attracts locusts in droves each trying desperately to get at a slice of the action. If the institutional arrangements are poor, or the government weak kneed, “locusts” will gnaw away till they bring down the very tree they feed on. The UPA 2G and coal allocation scams were exactly these.

So PM Modi is correct that the bureaucracy will need to change their skill set if they are to manage “plenty” as efficiently as they have been managing scarcity all along.

The might of public finance breeds civil service arrogance

Second, the most pernicious outcome of public plenty is the perception, within government, that it can go it alone without the collaboration of other stakeholders- civil society organisations; NGOs and the private sector. The collateral damage is of “know all” babus and surrounding supplicants, who would prefer to allow government to make costly mistakes rather than risk point out an error for fear of being labeled as a “problem creator”.

The systematic subservience, during the colonial period, of local public management systems to centralized, top-down arrangements like the District Collector or the Police Superintendent, have left an enduring miasma of suspicion, envy and mistrust, which still colours the relationship between the people and the State, seven decades into our independence.

Resource scarcity has the advantage that it humbles the State and its representatives and forces them to take help from the local community thereby creating horizontal working relationships between the State and Non State Actors. Loosening of the fiscal strings can retard this healthy socio-political institutional development.

The State has to progressively step up partnerships with CSOs and NGOs, not only when it is driven to do so by budget constraints but because of the social and economic benefits accruing from letting people manage their own affairs.  Decentralisation and direct democracy has multiplier effects, beyond just the fiscal mirage of making personnel liabilities off-budget for government.

The begging bowl is easier than community effort

Third, one of the biggest problems in lavishly funded, extended United Nations relief and rehabilitation missions is how to wean the beneficiaries away from the psyche of dependence on an beneficent external actor, be it the UN or the government.

A government of plenty begets the same dilemma. In the face of the might of public finance, the internal juices of communities, to fund and manage their own needs, dry up. Instead it is so much more convenient to stand in line with a begging bowl every time the PM comes calling and to lobby for public funds in the capital.

Fourth, at the best of times due diligence, design, planning and execution of public projects is made impossibly inefficient by process norms and the political economy constraints of spending public money per the “value for money” principle. When money is scarce, decisions get pared down to the essentials. Conversely well-funded public entities make bad investments merely because they can afford to do so.

Public decisions-be they big or small, are so difficult to get made that the tendency is to lump what should be a series of separate decisions into a single omnibus project which becomes so big and involves so many stakeholders that it “just cannot fail” and has to be approved. But this also generates surplus capacity.

This tactic is unsuited to an era of rapid technological change. Excessive future commitments can become stranded assets-technology which is no longer efficient. Building 100 GW of solar capacity in the next five years has precisely this risk.

There are four key ingredients for making good decisions in a time of plenty going by the acronym- COLON.

First- Collaboration with all stakeholders is key to inclusion. Embed it in government process. Second-Outcomes like reduced electricity outages, should be monitored rather than inputs like project spend or intermediate outcomes like project completion. Third-LOcal decision making is key for ensuring buy in. Leave room for it even if it means slower implementation. Fourth–No is what a Finance Minister should say to politically motivated, low social return investments. Currently we have only the fourth ingredient.