Does the proposed national “beef ban” and the rabid intolerance for “beef-eaters” illustrate a new and disturbing trend in Indian politics? Are we squandering away our “secularism”?

India has been a “secular” state in practice all along. All the bells and whistles to ensure equal rights for all citizens, irrespective of religion, have existed in the Indian Constitution. But via the infamous Constitution (Forty-second amendment) Act, 1976, the term “secular” was inserted into the Preamble somewhat superfluously.

This attempt to put a “face” to the “fact”, should have been the first signal that our commitment to treating all Indians as one, was doomed to be only skin deep. Thereafter, it has been open season for most political parties to play strategically with the sentiments of both, the majority Hindus and minorities — Muslims being the largest — for periodic political benefit. 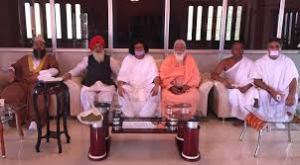 At an individual level, Indians from all faiths accept the basic proposition that culture and religion, which are closely interwoven, are personally important. They also, generally, accept that the individual has to bow down to community norms. This acceptance of religious and community dominance is not without legal precedent.

Our Constitution via Article 48A of the Directive Principles of State Policy requires that the state take steps to “prohibit the slaughter of cows”. Admittedly, the Directive Principles are not justiciable in a court of law. They are more in the nature of guidance for future action. But, consider that cow protection is clubbed with protecting worker rights; the educational rights of the scheduled castes and scheduled tribes; improving nutrition levels, protecting the environment and promotion of international peace and security!

The Constitution has been amended one hundred times till now. But the primacy for cow protection in our constitutional vision, as enshrined in the Directive Principles, still stands.

What this illustrates, is that democracy is a blunt instrument for social inclusion. The incentive to pander to majority votes is too intense. Second, things become worse when the political architecture assumes, like ours does, that all religions have similar social and economic demographics and, hence, proportional representation is not needed for minorities to protect their voting power. Ironically, this is exactly what we are urging Nepal not to do under their new Constitution and to instead protect the voting power of the “minority”, coincidentally Indian-origin, Madhesis and Tharus, who live in the Terai adjoining Uttar Pradesh and Bihar.

The romantic hope of the “Macaulay generation” in 1947 was that as India became richer, it would resemble the West, where churches are empty but the bars are full. India is richer today. But religion and tradition remain deeply embedded. We are unlikely to lose our religious identities any time soon.

Another route to manage a heterogeneous society, like ours, could be to decentralise deeply. This was tentatively envisaged under the Constitution (73rd Amendment) Act and Constitution (74th Amendment) Act, 1992. These amendments sought to transfer the management of local affairs to village panchayats and urban municipalities. But the attempt was stillborn. We remain a fairly centralised polity. State governments get seduced to toe the “Imperial line”, dished out from Delhi along with Central funds, rather than go their own way, which is so much more effort intensive.

Our recent experience with the reorganisation of state governments shows that decentralisation can take the steam out of corrosive identity politics. The creation of five new states out of Assam in the 1960s and ’70s is a good example. The proliferation of state governments in India, since Independence (from 16 to 29) lends further credence to this strategy for dampening identity politics.

To cater to our cultural and religious mosaic, India needs either many more homogenous states or more powers delegated to local governments, particularly large cities. Consider that if Mumbai was a city-state, it was unlikely to have opted for a “beef ban”. But as part of the state of Maharashtra, it has no choice.

Isn’t it time to come clean? Our secularism is limited to being a benign, quasi-Hindu state, where minority religious rights are constitutionally protected. This is very similar to enlightened Muslim-majority states like Jordan or Egypt both of which have significant Christian populations.

Secularism is not a State without religion

Our brand of secularism is too passive for anything but harmful politicking. It is time to make it proactive and more effective. Here are three suggestions.

First, minority rights must be explicitly recognised, but subordinated to the common law rights of workers, children and the differently-abled. These, and the principle of gender parity, should be “core values” cutting across all religious rights.

Second, if we are to ban beef, despite the significant adverse economic impact on those who trade in it, how about being even-handed and also banning pork — meat considered impure in Islam? This removes, at one stroke, the perceived discrimination against Muslims and Christians, both of whom eat beef. After all, India has more Muslims that any other Islamic country, except Indonesia; enough Christians to be notionally the 22nd most populous Christian country in the world — just ahead of Australia — and the second largest in Asia after the Philippines.

In any case there are sound environmental and health grounds for banning both beef and pork. We can live, quite happily, on goat meat, fish and seafood. Breeding pigs is a flourishing micro-business today for Hindu dalits, but there is no gain without some pain.

Third, our Constitution is explicit about helping SCs and STs, all of whom are assumed to be the poor and underprivileged, within the broad umbrella of Hinduism. Isn’t it fair then to also extend specific, targeted facilities to poor Muslims, Christians, Sikhs, Buddhists and Jains who are as helpless as the poor Hindus? Selective benefits for “underprivileged” Hindus look awfully like pandering to the majority community.

A benign and forward-looking ruler must be even-handed. That is raj dharma. Religious appeasement must be uniform not selective. This is difficult since at the root of appeasement is arbitrariness.

But there is a fourth option, if the first three are not practical. Stop being a bully state. We have done very well thus far as a “soft” state, wary of displeasing anyone — except perhaps our neighbours.

Becoming a bully state is the worst option, especially because we have the institutions and the skills to become an inclusive, rational, developmental state. Perception is everything in today’s social media-powered world. Let’s not squander our common future for petty temporal gain.

“Insaaf ki ghanti” is ringing. It must be heard.

Adapted from the authors article in the Asian Age October 13, 2015 http://www.asianage.com/columnists/stop-being-bully-state-375