Posted on October 29, 2015 by Sanjeev Ahluwalia

Shared Dreams, Shared Destiny” screams the banner welcoming African delegates to the Third Indo-Africa Forum Summit. Forty heads of state are in attendance, along with dozens of ministers and 2,000 officials. Day one, Monday, got off to a shaky start. The press meet was termed a “damp squib” by one leading financial daily. Most delegations were absent disappointing the media which had to make do with our impeccably spoken minister Nirmala Sitharaman and her team of high officials.

A 7.5 scale earthquake, shook Delhi in the afternoon but caused no damage. Hopefully the visiting “big men” and the solitary “big woman” — President Ellen Johnson Sirleaf of Liberia — will remember the demonstrated resilience of Indian construction, whilst deciding whether or not to go for a cut-price bid from China for their next project.

Day two had great press for Union minister for external affairs Sushma Swaraj, in a bright orange sari, with swathes of delegates draped around her.

Minister Swaraj has these big men eating out of her hands

Why South Sudan, which has more cows than people, sought help from India to improve its meat supply business, remains a mystery. It illustrates how limited is Africa’s association with India.

Unfortunately, the government remains woolly on what we want to do with Africa beyond importing their raw materials and exporting cheap machinery, cars, chemicals and pharmaceuticals to them. Indian business is way ahead of this strategy. It sees Africa as a popular investment destination given the ease of doing business there at higher margins. Siuth African President Jacob Zuma has already sounded the battle cry of “Make in South Africa”.

Doing Business Report pats Indian on the back

Fifteen countries, or one-third of the 49 African countries, with a 30 per cent share in Africa’s GDP, monitored by the World Bank’s Doing Business Report, rank higher than India. Mauritius leads the pack at rank 32 — ahead of Japan and Italy, followed by economic powerhouse South Africa and tiny Rwanda, which weathered its 1990s ethnic crisis spectacularly.

India ranks a low 130 despite frantic efforts to improve its rank from 142 last year. Of the African economies which rank lower, 50 per cent or 15 countries are classified as “fragile”. African governments are well ahead of us in the art of outreach to attract investment or doing international business.

Amitabh Kant the “go to” man for branding India

India’s democracy- only for marathon runners

Our next big “selling point”, from the Western perspective, is the democratic architecture of our country and its resilience since Independence in 1947. To be sure, there is much to be proud of. But it is doubtful if any of Africa’s “big men” and the solitary “big woman” will be attracted to our fractious democracy. Africans prefer order and discipline like a lot of Indians. They willingly barter personal liberties and freedom for the sake of their communities. Tribal bonds are alive and vigorous in Africa, much as caste is the leitmotif of India. The unhappy outcome of the Arab Spring, which unduly empowered citizen groups against the state, endorsed their strategy to retain an intrusive state to maintain order.

India is too big, too diverse, too individualistic and too “argumentative” for heavy-handed State regulation. Possibly, Africa could need a federative, “soft State” strategy, should they one day decide to form the United States of Africa. But for the present, we have few lessons for Africa on how to run a government. Why then, have so many top decision makers bothered to come? Here are my thoughts:

Is the new India for real?

First, Prime Minister Narendra Modi’s muscular outreach to the world has evoked intense curiosity. Foreigners are lining up to check if we are ready to walk the talk. Does reality match the hype? It helps that India has a global reputation for gorgeous shopping — the jewelry, the silks, the pashmina, the prêt-à-porter fashion wear, all available at competitive prices, not to mention the grandeur of Mughal and colonial India reflected in the many monuments in Delhi which are stunning to gawk at. 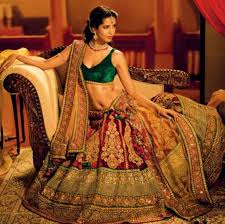 Jugaad and the very visible hand of God

Second, is curiosity, about an ancient land that is reputed to be managed directly by God, because doing so is beyond earthly skills. India is full of bad news, rapes, riots, hunger, poverty, illiteracy and poor services. And yet, it is the fastest growing economy in the world with a reasonable ambition of joining the “big three” or “the big five” over the next 10 years. Bung in the fact that government is hopeless at providing primary education, but arranges the kumbh mela (religious festival) annually at the Sangam in Allahabad for 100 million pilgrims over the space of a week, without a major disruption or incident and the role of divine intervention in keeping India going becomes clear.

We produce the full range of products from leather jootis to spacecraft which hover around Mars, with consumer durables, textiles, chemicals, pharmaceuticals, intermediate goods and industrial machinery also thrown in — not to forget the services provided globally by our IT companies. Yet 60 per cent of our people live below the $2 per day poverty line; just 3.2 per cent of Indians (middle class and above) own 64 per cent of the country’s wealth (Credit Suisse 2015). How we manage these contradictions, the “social noise” and the “political disruptions” is a miracle that many feel they need to “touch” to understand. And so they come.

Lastly, and most importantly, heads of state come to India to build lasting relationships with a country which is non-threatening, well-meaning, gentle — at least by the standards of international realpolitik — and is slated to have a share of 10 per cent of the incremental world GDP by 2025 and 15 per cent by 2035.

Selling products and arranging capital is what our private sector should be doing, not the government. After all, business is best placed to strike deals on both sides of the table. What our government needs to do is to paint in the details of the “Idea of India”, projected by Prime Minister Modi, as a focused, motivated country determined to claim, along with other developing countries, the second half of the 21st century as “our” own.

The Africans cannot be bowled over by pomp or ceremony. For them a Mercedes is merely a high-end taxi, not an executive limousine. What attracts them, instead, is the simplicity of life in India, the concern for high human values, even amongst our poor, combined with our earthy tradition of seeking “value for money” — well-known to them via our Gujarati expatriates. But if this fails to click, dancing to Congolese Rumba or the fusion Afrobeat also helps. Pity there is no joint Nolly-Bollywood event planned.

Adapted from an article by the author in Asian Age October 29, 2015 http://www.asianage.com/columnists/afro-india-claiming-21st-century-722

One thought on “Afro-India: claiming the 21st century”