Bad ideas are as resilient as cockroaches — the only living being guaranteed to survive even a nuclear holocaust. Both have a tendency to resurface even after being squashed.

One such bad idea, originating from the Niti Aayog, is to revive the plan of special economic zones (SEZ) on a much larger scale as a carbon copy of SEZs in China. It’s called coastal economic zone (CEZ). 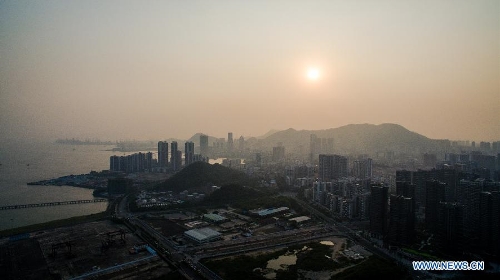 The ostensible drivers are the need to create more decent jobs- NitiAyog says these are generated only by large industries- and the desperation to revive exports. Both objectives are above reproach. It is the strategy to get there which is perverse.

India is not new to the concept of enclave development for export manufacture. Export processing zones (EPZ) have existed since 1965 when the first one was established in Kandla-Gujarat, followed by Santacruz electronics export processing zone in Maharashtra. These gave way in the 1980s to the stand-alone 100 per cent export oriented units. Next were SEZs with a legislation to support them in 2005.

Niti Aayog’s CEZ proposal focuses on coastal development. Nothing new here — 68 per cent of the 329 notified SEZs existing in 2015 were in eight coastal states. The only problem is that coastal states are far richer than the hinterland so CEZs will make them even richer enhancing spatial inequality.

The big change is that only two CEZs are envisaged, each of 2,000 to 3,000 sq km, to simulate the network benefits of regional development. Compare this with the 626 sq km notified for 390 SEZs, of which just 6 per cent or 25 SEZs exceed two sq km in size. But do we have excess land of this magnitude?

Consider, if Goa wants a CEZ. It must cede 50 per cent of its area of 4,000 square kilometers. With regulatory powers in the CEZ transferred from the chief minister to Union government appointed development commissioner, Goa would effectively revert to the status of a Union Territory.

Should Kerala want a CEZ, it needs to convert 10 per cent of its land area into a “deemed foreign territory” managed from Delhi. How well this will go down with the fiercely combative citizens of Kerala is anybody’s guess. Contiguous states can join hands to reduce the area surrendered by each. But this could invite administrative complexity and delays in harmonising norms and work practices across states.

The NitiAyog paper says Shenzen in China before it became the first SEZ had just 300,000 people. Today 11 million people live there. Only problem, in coastal India the average density of population is around 940. In a 3000 square kilometer area there would already be 3 million living there.

So is the CEZ proposal just old wine in a new bottle? And is it pragmatic?

The United Nations Conference on Trade and Development (UNCTAD) surveyed 100 developing country export zones in 2015. They concluded that islands of excellence, with special set of laws, rules and practices — as proposed in a CEZ — can create enormous political risk by excluding others from development. Political risk is not an issue in single-party, authoritarian China. But India cannot afford to segment development and exclude large swathes of the “cow belt” where a large number of the poor exist. Unlike China, we have an open domestic migration policy. This makes segmented development politically impractical, especially on the scale envisaged in the CEZs. In any case, in the emerging plurilateral international trade environment, it is questionable if tax breaks and investment incentives are the route to trade competitiveness or whether strategic membership of free trade agreements will be key.

Enclave development for exports are “walled gardens” of the real world

Indian SEZs were primarily tax arbitrage havens with the added sweetener of access to land. The relative export competitiveness of SEZ units versus exports from the domestic trade area, declined significantly in 2013, as soon as the exemption from Minimum Alternative Tax was withdrawn in 2012. This shows that state-driven market distortions do not boost exports in a sustained manner. Another reason why the SEZ scheme floundered was that import taxes and licenses got rationalized across the board and it became easier to import for export across the country. Coupled with the advatngaes of free access to the Indian market locating outside the SEZs became more attractive. SEZs remain a favourite for IT industries, which are mainly export driven and have a culture of enclaved bubbles.

There is no alternative to maintaining a competitive exchange rate; managing inflation and broad based, deep administrative reform to enhance exports.

Between 2006 and 2014, 1.4 million jobs were created in SEZs — an impressive 50 per cent of the total increase of 3 million in private employment. But it is unclear if these were all new jobs or the result of existing domestic area export units simply shifting into a SEZ to avail tax advantages.

Consider the 2014 report of the Comptroller and Auditor General (CAG): “Land appeared to be the most crucial and attractive component of the scheme (SEZ)”. In a replay of the coal mining scam, the regulatory gaps emanating from the constitutionally mandated division of oversight between the Union and the state government were exploited. The Union government notifies and de-notifies SEZ land. But it turns a blind eye to the responsibility of the state governments to ensure against scams in the acquisition and subsequent use of such land. Instances of inclusion of ineligible land for notification; allotment of land far in excess of need and protracted non-use of notified land by SEZs, all resulted in the diversion of SEZ land for more lucrative commercial exploitation.

The suspicion of mala-fide intentions is strengthened because state governments sold land, acquired for public purpose prior to 2007, to developers rather than giving it on lease, which would have retained their oversight over its use. Estimating the resultant undue benefits is tough without a forensic audit. It is telling that documents relating to 47 SEZs, including most of the biggest ones, were not provided to the CAG for audit by the Ministry of Commerce.  But even with what was handed over to CAG the results are shocking.

73 per cent of the land notified for nine SEZs in three states was for “restricted” use only – forest, defence and irrigated land, which was not eligible to be notified. Operations started only on 62 per cent of the 456 square kilometers of land notified till March 31, 2013. In eighteen SEZs, operating across eight states, only 17 percent of the 42 square miles notified was actually used for “processing” against the norm of using at least 50 per cent. With large amounts of unused land available, private developers successfully approached the government to de-notify SEZ land which could be used for more lucrative commercial purposes. Assuming that just 25 per cent of the 456 sq km, notified till 2013, was misused, the potential extra-legal earnings would have been to the tune of Rs 4,500 crore — minor pickings by the standards of contemporary scams.

Good policy is never backward looking and can benefit from past errors. If CEZs are to be headline-grabbers in the 2016 Budget, they must have caveats: No new land should be acquired for them. If land is needed the private developer should follow the negotiation route popularized in Punjab and now by Chief Minister Chandrababu Naidu in Andhra Pradesh; No fresh public finance should be available for CEZs; All additional infrastructure needs must be funded by the private developer; Instead of the Union government, the state governments should be in the driver’s seat; and, states should enact their own CEZ legislations (as was done by Rajasthan in labour laws) which could be approved by the President, if constitutionally required.

Adherence to the fiscal deficit targets requires conserving public finance. Developing the richer coastal areas runs contrary to the Prime Ministers vision of development for all. Most importantly, getting directly involved in land and urban development — both of which have been fertile ground for scams — is unwise for a reformist Union government. This high risk strategy is not the best option for sustainable gains in private investment, employment and exports. 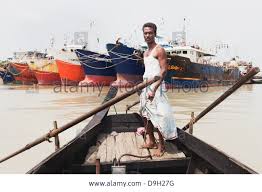 Adapted from the authors  article in Asian Age March 17, 2015 http://www.asianage.com/columnists/z-coastal-economic-zones-590