Everyone loves a royal – especially a British royal, even cynics who claim to disdain them. And why not? There is something reassuringly middle class about being born to the good life and yet having to work hard – saying the right things, looking good, being on time, spending hours chatting with complete strangers and still remain in good humour. The job seems perfect for future age, fail safe robots. Till that happens, the Brits have the royal family – all eighteen of them headed by Queen Elizabeth – who turns 90 next week. Each royal has public duties. Taken together, the family makes itself available for a mind boggling 240 events every month or 8 a day, year in and year out, a burden even the most hardened socialite would wilt under. 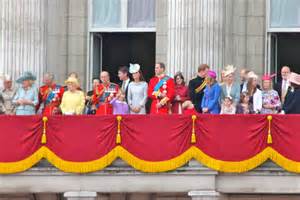 The British royals are an especially diligent lot possibly because they draw their legitimacy, not from a divine right to rule, but from Parliament which contracted them for the purpose in 1701. They are funded from estates allotted to them and an annual Sovereign grant of around GBP 35 million (Rs 350 crores)- considerably more than the Rs 30 crores we spend on the office of the President of India. But consider, that per capita income in the UK is twenty times that in India. So in relative terms, the UK outlay is probably tighter than ours for a similar representational institution.

The Duke and Duchess of Cambridge-stooping to capture hearts and minds. Photo credit: rediff.com

The British royals have changed with the times. The stiff upper lip is going. Princess Diana’s inimitable compassion and common touch are now the norm. More significantly, male primogeniture- the gender insensitive British royal practice, whereby a male child always got precedence in succession was ended in 2013 by an Act of the British Parliament.

In comparison, Indian royals somehow never managed to make the transition from being rulers to becoming representatives of the new Indian state. Possibly they failed to brand themselves for the new India. The people’s movement character of the independence struggle, crafted by Mahatma Gandhi, discredited the royals further, as remote, effete relics and toddies of colonialism. Independent India went further. It sought and obtained, the surrender of their sovereignty to the India State in 1949. In 1971 the Indian Parliament abolished their titles and privy purses – pensions to which the erstwhile royals were contractually entitled under the 1949 settlement.

You can abolish a royal by fiat but you can’t legislate royalty away. If you destroy traditional elites, new elites spring up, because they serve a social purpose, as glue, to bind society together, even in a democratic polity. The US has the Kennedys and the Bush family. In India, the Nehru-Gandhi family endures and inheriting a political legacy is pervasive. In 2011, 29% of the Members of Parliament were from established political families. But it is debatable whether these “political royals” have the affection of the people. It is telling that Amma, Didi and Bhenji- immensely popular in their areas – are all “Marlboro” women – who have built their political eminence not inherited it. 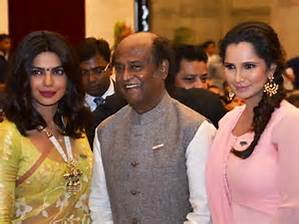 But the real royals of independent India are movie stars, cricketers and the owners of big business- all fiercely competitive and determined to succeed against all odds. The Kapoors of Bollywood – traditional royals mix shoulders with new royalty- the Bachchans, the string of bigger than life “Khans” and Priyanka Chopra- who got a Padma award yesterday. We have an entire locker room of cricketing royalty, of which Mahender Singh Dhoni and now Virat Kohli are the most recent. Star struck business honchos abound. These “new royals” inhabit an interlocking and sometimes toxic world, of business, cricket and movies.

William and Kate – the Duke and Duchess of Cambridge, in line to succeed to the British throne, are of this generation of competitive royals. It is not surprising then, that they chose to schmooze with the new royals of Mumbai in their search for creating “new” Indian memories on their recent visit.

Tragically however, Mumbai’s mojo has yet to infuse Delhi, which remains near colonial. Never mind the eye balls you may draw; the advertising revenue riding on you or the name recognition you command. If you did not become a bureaucrat by age 25 and if you are not in politics, it is unlikely that the government will ever select you to serve the nation in a representational position – as Governor of an Indian state or as an Ambassador overseas. Incidentally, both positions entitle you to fly the tricolour. And so the wealth of available talent — academic, artistic, scientific, professional and entrepreneurial, is ignored. Is it surprising then that government is so stiflingly insular and non-competitive, quite out of keeping with the mood of the nation? Imagine our dated we are. The website of the British monarchy is at pains to inform you how much is spent on the Royal Family. The website of the office of our President is silent on this information and since Parliament does not vote to approve these expenses they are hard to come by. President Mukherjee has done more than most to open up the premises. But the institutional culture is forbidding.

Rashtrapati Bhawan- our gated colonial inheritance- preserving the green but keeping the unwashed out?

The Padma awards, announced annually are our only mechanism of recognizing exceptional civilian personal merit and national service. These serve the purpose of one-off recognition. But independent and demonstrated talent should be associated more routinely, at every level of government, to leverage experience, build capacity and kindle the spirit of innovation.

Multilateral agencies, including the United Nations, are adept at co-opting celebrities to helm good works and campaigns. The British use their royals very effectively for showing the flag. Why not use our new royals similarly by vacating sarkari space for them? Give Padma awards to recognize long and meritorious service in official and public life. Give Governorships and Ambassadorial assignments to those who distinguish themselves in real life and wish to step out temporarily to serve the nation directly. You would be surprised at the power of incentives to change things around.