So when does hubris — the corrosive comfort of undiluted power — overtake a government? Conventional wisdom points to three early red flags. First, when routine tasks are ignored for grand ambitions. Second, when party cadres act out of entitlement rather than commitment. Third, when rant replaces reason as public outreach. Has this already happened to the BJP government?

Ignore routine tasks at your peril

First, consider the recurrent trail of routine lapses. Take the embarrassment in July of being unable to get the non-controversial bill to give constitutional status to the Other Backward Castes Commission passed in the Rajya Sabha because BJP MPs did not even bother to attend in sufficient numbers. There is no glory in floor management. Ergo, it gets overlooked. Next, consider the election of Ahmed Patel to the Rajya Sabha from Gujarat. The strategy to keep him out was brilliant. But shoddy execution, or worse, deliberate sabotage, let down the BJP. Finally, the mass death of children in a Gorakhpur hospital. The hallmark of the RSS has been effective management during emergencies and disasters. That oxygen cylinders couldn’t be swiftly organised speaks volumes of how low the cadres have sunk.

Second, consider contempt for the rule of law. Mohan Bhagwat, the RSS supremo, violated the law in Kerala by unfurling the national flag, on Independence Day, at a school in Palghat, contravening a restraining order by the district collector. The order was perverse, based on pique and politics rather than prudence. The manner of its service — just prior to the occasion — was hurried and amateurish. But it was a legal order and anyone violating it is liable to be arrested. Mohan Bhagwat got away. But the lesson he taught the schoolkids and party cadres was that no law is sacrosanct if you are powerful enough.

Gandhiji would not have approved. Disobedience of an unjust law is fine, if followed by submission to its consequences, under the rule of law.

This contempt for the law is visible in the cadre vigilantes protecting cows, supporting unruly, disruptive religious yatras and the demonisation of alternative voices. Add to that, the raging testosterones of a BJP “princeling” in Haryana and you have party cadres which align more with gaali (abuse) and goli (bullets) rather than the galle lagana (hug) that Prime Minister Modi has espoused as the leitmotif of New India. Third, let us consider why no one came away inspired from Red Fort this year.

Outreach by high decibel rote no substitute for passion

The Prime Minister’s speech was a prime example of zombie behaviour, where the mind is elsewhere but the motions are acted out. The wide ramparts of Delhi’s historic Red Fort have set the stage for Prime Ministers to grandstand every year since 1947. Two (Lal Bahadur Shastri and Morarji Desai) barely had a chance to give a second speech before they were gone.

Four others (Charan Singh, V.P. Singh, H.D. Dewe Gowda and Inder Gujral) were even more transient, managing not more than a single speech each from Red Fort. One — Rajiv Gandhi, a young, stunning-looking charmer — was suddenly elevated to the position but never quite unbuckled the pilot’s seat he used to occupy earlier. Manmohan Singh had a decade to hone up his act. But he knew that he was a mere seat-warmer for the Nehru-Gandhi dynasty — having been taught his lesson earlier, when party workers sabotaged his election bid to the Lok Sabha. P. V. Narasimha Rao — a friendless, private man was not given to making big public gestures from the Red Fort. His political games were deadly effective, but played entirely in privacy.

Nehru, Indira Gandhi and Narendra Modi are the only three Prime Ministers who have had the mandate and the charisma to use the ramparts to strut their act. Mr Modi thrilled us in 2014 with his energy and his earthy enthusiasm at reaching out to people — quite a change from the taciturn Manmohan Singh or the imperiously distant Sonia Gandhi. In 2015, he filled in the vacant spaces in his act with data, slogans and acronyms. We were impressed. In 2016, we were still agreeable to look kindly on him, given that the economy was racing along and government performance was projected as trending sharply upwards.

By 2017, the act was flat as yesterday’s soda. This is remarkable considering that Indian testosterones are racing at the government effectively holding off the Chinese muscle-flexing at Doklam and now in Ladakh; Pakistan is reduced to being a mere vassal of the Dragon and economically hollowed out Western powers are fawning at our doors for Indian business. 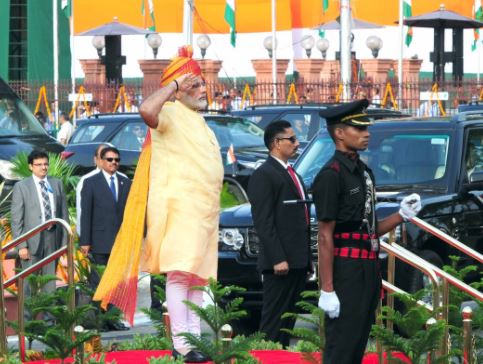 International acquiescence has bred much-needed confidence. But it is disquieting that in domestic policy it has led to complacence, drift and distance from the public. Mr Modi’s speech was rambling, glib, unnecessarily argumentative and just plan stale. The turban was way too shiny to be classy. The stance too casual to be purposive. The look too staged. Very confusing was the discrete use of the terms — Bharat, India and Hindustan.

Hindustan was used in the context of pledging support for the victims of the irresponsible Muslim practice of triple talaq. Bharat was referred to as the mata (mother). But it is New India that we seek to build. Meaning?

Bharat, India or Hindustan, all three remember earlier episodes of hubris — disconnects between reality and rhetoric — which ended badly for us. In 1964, we discovered, too late that India needed the world, not the other way around. In 1975, we realised Indira needed India, but we didn’t need her. In 2017 (Delhi municipal and Uttar Pradesh elections), a shallow social revolution met its downfall. In 2004, we tired of using the stock market as a metric of progress. The metrics proposed for New India are similarly flawed. Corruption, poverty, filth, early death and unemployment are long-term outcomes, unachievable by 2022. 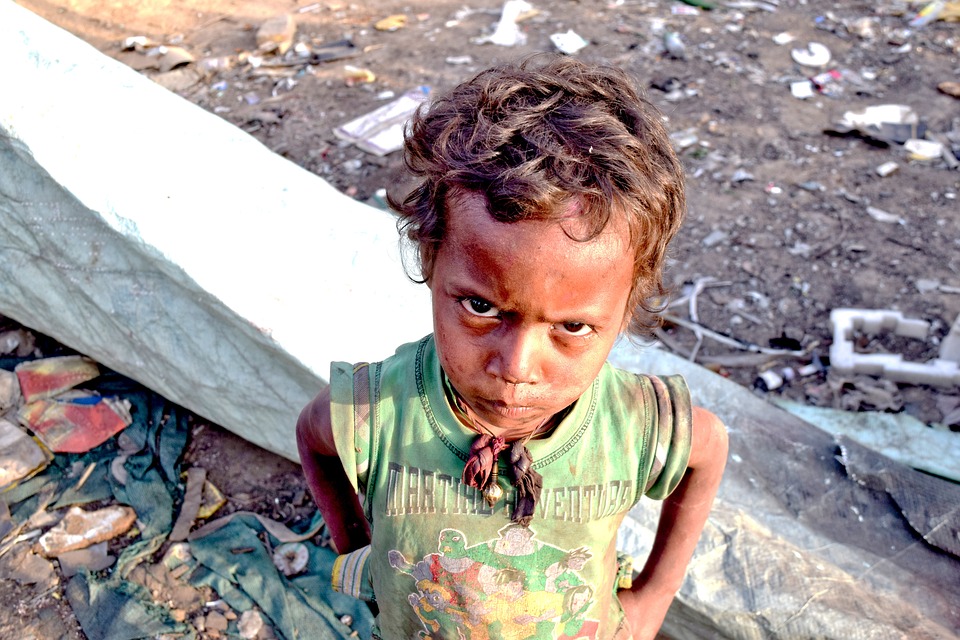 Focus on the essentials, Mr Prime Minister: Ending poverty by providing jobs and social security; improve results in education and health; build infrastructure for the 21st century and professionalise your government. We supported you in 2014. We want to do so again in 2019. But is your party up to this task?

Adapted from the author’s article in The Asian Age, August 17, 2017 http://www.asianage.com/opinion/columnists/170817/is-a-sense-of-hubris-slowing-down-modi.html