Posted on December 7, 2017 by Sanjeev Ahluwalia

Telecom Regulatory Authority of India (TRAI), was once the gold standard for “light touch” regulation, in stark contrast to electricity regulators, who continue today, to be stuck in byzantine rate of return regulation and administering cross subsidy between classes of users.

TRAI has changed since. Consider that on November 29 it recommended to the Department of Telecommunications (DOT) that rural users should get a limited amount of data for free, funded from the Universal Service Obligation Fund (USOF) managed by DOT. To the everlasting credit of DOT, this was shot down, as unnecessary and inconsistent with the basic objective of the USOF, which principally finances telecom infrastructure.

One third of the 250,000 gram-panchayats, targeted under Bharatnet, have been connected to broadband. Tenders have been finalized to connect an additional one half. But Bharatnet is still a work in progress. Diverting funds into revenue expenditure is unwise.

TRAI’s proposal would have taken telecom down the route of electricity regulation, where subsidies for agriculture and domestic users have proved intractable and sap the viability of the distribution utilities.

Intrusive regulation has become the norm for TRAI, suitably packaged as serving the interest of the “small” user. Regulatory experience shows that governments should steer clear of distorting business incentives by subsidizing one technology over another or by benefiting a set of users either at the expense of other users (cross subsidy) or at the expense of budgetary allocations (state subsidy).

Net neutrality has its adherents but is it backward looking

It is ironic that, way back in March 2015, Facebook had proposed a privately funded initiative to provide free access to limited or curated content, in collaboration with a Telecom Service Provider (TSP) to the same “small” users, whom TRAI now wants subsidized from public funds.

Curiously, this proposal was shot down by TRAI in February 2016 as violating “net neutrality”, cheered on by vocal, Indian “netizens”. Over 1 million netizens had jammed the servers of TRAI with outraged petitions against Facebook’s proposal. NASSCOM, which represents software and content providers, added its weight to the storm, thereby protecting the business interests of incumbent content providers.

Even IT gurus like Nandan Nilekani opposed the innovative intrusion into the cozy confines of Indian IT. Paying homage to “net neutrality” was, at the time, also justified by pointing to the elaborate systems, for protection of this concept, put in place by the Federal Communications Commission (FCC) in the United States. 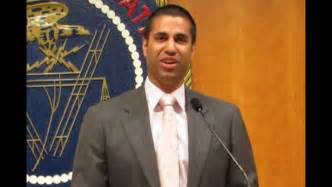 Today, a marginally Republican FCC, incidentally helmed by Indian origin, Ajit Pai, is rolling back, what it calls stifling “over regulation” of the net in the name of restoring freedom for innovation. To be sure 22 million US “netizens” have howled in orchestrated protest, against a rule change, seemingly, in favour of business. In this charged debate, anything which is pro-business is anti-consumer. A zero-sum view of commerce which is a familiar story in India.

Closer home, the November 28 recommendations of TRAI on “net-neutrality”, expectedly, carry forward the bloated carcass of Obama style intrusive regulation. TRAI is right in asserting that neutral traffic management is a technical ideal – selective blocking, slowing down or degrading specific content even when line capacity is available is banned. No one contests that generic principle.

Competition is aso an effective tool for optimisation

The real regulatory choice today is between competition in transmission, as a compelling instrument to simulate what “net neutrality” was supposed to do versus continuing with intrusive oversight over quasi-monopolistic transmission providers. Relying on and enforcing competition, seems a more effective, hands-off option in our pervasive, low-oversight ecosystem.

Another reason why “net neutrality” as a principle stands compromised is that increasingly, the transmission needs of content vary. With new services coming online, we will need multiple transmission protocols. Consider that online text need not be continuously streamed without detracting from reader pleasure. But online heart surgery support can be fatal unless continuous streaming is ensured. The same applies to internet access for driverless vehicles. TRAI has recognized these difficulties and the possibility that the Internet of Things will transform the rules for optimum scheduling of transmission.

Regulation by exception is non-transparent

TRAI’s solution falls short of transparent regulation. It has provided for exceptions, on a case-by-case basis, from “net neutrality” norms – for emergencies and unspecified “specialized services”. The latter are distinguished from general services by their targeted appeal to a narrow set of users.

A better option would have been to review whether “net neutrality” itself is not obsolete because it will become riddled with exceptions. It was an important principle in the 1990s, to ensure market access for fledgling innovators in content provision by prescribing a merit order for getting past monopolistic telecom transmission utilities. But today competition is rife, both in transmission and in content provision. Possibly, the need of the hour for TRAI was to seek pathways downsizing regulations to simply protecting access, to basic internet services, for small users. High value-added services anyway, provide sufficient revenue incentives, for TSPs to push availability.

A massive challenge for India, per TRAI data, is that only one half of Indian citizens are connected to the internet as compared to 81 percent in the US and 76 per cent in China. Competition has reduced the access charge to affordable levels. But the quality of services is low because of under- investment in infrastructure.

Heavy penalties for non-compliance with quality standards can improve the quality of service. But TSPs finances are already under stress. Spectrum cost is high. If government earnings from spectrum are not to be reduced and user charges are to remain low, TSPs need to find new pools of revenue to fund infrastructure development. Their business models need to go beyond being just “passive pipes” – the role which “net neutrality” forces on them.

Software and content providers are not necessarily winners either in a net neutral environment. Consider that, in 2015 Facebook got stymied in India. But which Indian “edge provider” (jargon for content providers) gained from that blocking action? Rapid growth of infrastructure is the best option to fuel demand for content. This is a better incentive for innovation than protectionist regulation.

“Minimum government, maximum governance” is a Modi mantra. TRAI appears not to have been copied.