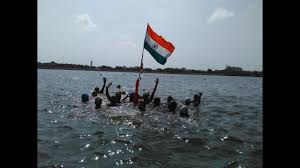 If the term nationalism and the sight of the national flag generates a warm, comforting feeling in your heart, your government is doing a great job. If, however, this term and the flag, leaves you cold, clammy and resentful, there is something the government is not doing right.

Nationalism – an abstract construct – acquires a real dimension on rare occasions, like when you need visas to travel; or if you lose your passport whilst abroad; deciding whom to root for in international cricket; when a hate crime is reported against an Indian citizen; when P.V. Sindhu shines in badminton; when a stranger turns to you for help with her mobile, assuming all Indians are techies or when a cortege trundles, past draped with the national flag.

In comparison, ethnic, religious, professional, social or economic ties are more immediate and experienced daily. Should it be otherwise?

Till recently, nationalism was a waning concept, marginalized by the increasingly interconnectedness of the world. The two decades post 1990, saw the world became unipolar; international trade boomed; the threat of wars receded – except in a few fragile regions. Poets dreamed, and the world seemed united, in solving the collective action problem of global warming.

Nationalism, it appeared, had bowed down to globalization and become just a set of civic duties and rights for citizens – a sub-set of broader rules governing the entire planet. High border walls, to keep citizen from escaping abroad or stopping those wanting to get in, became an aberration. Foreigners eager to become citizens became a metric of a country’s success and in the United States, the reason for it.

India appeared well placed to walk the talk. Our constitution is an enabler to pursue globalization. Our history places us at an advantage. We are no strangers to foreigners settling permanently in India. Foreigners ruled India for seven hundred years prior to 1947 and were assimilated into the mainstream. India did not come ready-made in 1947. It has been built, since then, using a mix of persuasion, pressure and perquisites. Parts of the North East, which had remained restive, have now joined the national mainstream, driven by the pervasive influence of Bollywood, domestic economic migration and adaptive political alignments. The valley of Kashmir however remains an outlier.

The best glue for national integration is the perception that every citizen and every region is getting more from the nation than they are giving back. A positive balance, for every individual and every region is possible because in economics one plus one is more than two. Collective decisions create opportunities for adding net value, which do not exist if individuals were to decide separately. Managing climate change – a negative externality – and the beneficial scale effect from integrated markets – a positive externality – are both examples of the benefits from collective action.

Nations with complementarities should stick together. Sadly, they often don’t because of political noise or perceptions of inequity. Consider that our trade with South Asia is abysmally low. Imports are less than 1 percent and exports 7 percent of our total imports/exports. But India is not alone in such errant political behavior. Brexit happened because Britons felt, or were made to believe, they were giving more to the European Union than they were getting from it.

Inequity and discrimination – a leading cause for nations breaking up

Nations can splinter if systematic inequity persists and not enough is done to address the problem proactively. The creation of Bangladesh in 1971 is one such example. Pakistan managed its province of East Pakistan (previously part of Bengal) on an extractive basis, like the colonial masters prior to independence in 1947. It did not help that the new colonial masters were heavy handed, often brutally repressive fellow Muslims from Pakistan who ignored the deep Bengali cultural roots of the region. A perception of inequity fed on the fact of cultural differences and significant economic disparity between the two regions.

In comparison, India has been better at managing actual and perceived inequity at the regional or provincial level. Quotas for recruitment of tribes into the civil services have benefited the North East areas. Special benefits built into the scheme for devolution of central grants and share in union taxes, make additional resources available in tribal areas for infrastructure development. Caste, in Hindu majority India, is a significant driver of inequity. But quotas in government jobs and special schemes for livelihoods for the lowest and mid-level backward castes have levelled the field somewhat. 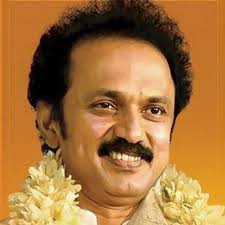 Democracy breeds contestation. Tamil Nadu is the economic and cultural powerhouse of South India.Tamil, claims to be older than even Sanskrit,  With firebrand DMK leader, M. K. Stalin annointed to succeed strongman M. Karunanidhi; intense infighting in the ADMK after Amma and film star Rajnikanth exploring political waters, expect populism and rhetoric to prevail. A favourite ploy is to play victim and seek special status for a pan-Dravidar region, comprising the six southern states (including Puducherry). The cone of south Indian states comprises 21 percent of the population with an outsized share of 29 percent in national GDP and higher than average social indicators. Industrialized southern states benefit from access to the markets of the less industrialized northern, central and eastern India. The underdeveloped hinterland is a source for cheap, unskilled, migrant labour and a market to absorb skilled southern migrant workers.

Liberal Democracy is under stress internationally. Nationalism, conflated with authoritarian, even whimsical rule from the top, is on the ascendant. President Trump’s America First is the most distressing example, because it is a betrayal of existing international compacts. Russia, under President Putin remains whimsically self-centered. China, backed by recent economic success and the ascendancy of “Emperor” Xi, represents the most troublingly compelling, muscularly proselytizing, alternative to the liberal, democratic model of nationalism.

Partnerships, across nations, can secure the liberal, democratic order

In this dystopic, political landscape, ageing Europe and Japan emerge as beacons of liberal democracy.  Partnerships with them and select countries in Sub Saharan Africa and the Asia-Pacific can provide demographic and market dividends whilst fostering our common political and civic values, rooted in the Magna Carta.