Prof. Ashutosh Varshney of Brown University calls India an improbable democracy — poor, impossibly heterogeneous and multicultural, and ironically, only its colonial heritage keeps it going. So has our hubris cost us plenty?

Why we are not China

Forget comparing ourselves with China today. Are we at least on the same path? No, we are not. Assume a lag of a decade between China’s 1979 takeoff — Deng Xiaoping’s reforms — and India post-liberalisation in 1991. Second, assume that GDP growth is a decent proxy for national effort. Judging by the results, we have tried only one-third as hard as China to grow three decades into the reform process. Have we been tied down, like Gulliver, by democracy’s Lilliputian ropes?

Money or efficiency make the world go around

There are only two ways of increasing growth. Increase investment or increase the efficiency with which capital is used. The latter is tough but critical. Efficiency and stability invite foreign capital in, build supply chains and boost “federated” exports — many economies get a say and a share in the final product. Making the world your shareholder makes politicians more responsible — barring outliers like US President Donald Trump — and who knows, his unorthodoxy might well work for the United States. 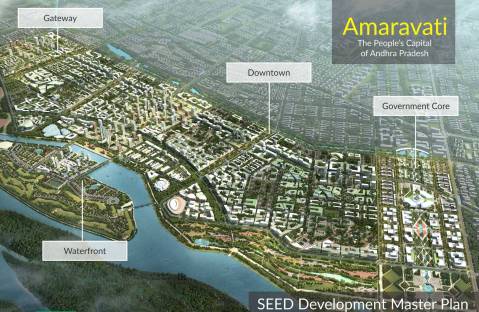 India is hugely capital starved. Sadly, it has not done well either in using capital efficiently. And it is not just the public sector alone which is wasteful. A generalised trend of wastefulness springs from poor monitoring systems available to the government, shareholders and citizens, none of which can easily check the data by triangulating information sources.

Bengaluru airport has had charging points in its parking lot since 2008 for electric cars, which will not use them till 2030 – if then. You pay for casually over designed projects. The building of Amravati, the new capital of Andhra Pradesh, represents all that is wrong with our democracy with politicians free riding on tax payers.

Frank admissions of failure are as important as bragging about success

Finance secretary Hasmukh Adhia has admitted that the GST network has failed to provide end-to-end digitisation. We knew this. But speaking honestly and responsibly endeared him to the public. Unfortunately, no one is to be held accountable for this glitch.

Wasteful use of capital is hardwired into a system which prices capital cheaply. Most business folk will moan about the high cost of funds in India. But the fortunes, domestic and overseas troves of real estate barons and industrial tycoons were built on negative interest rates, with inflation boosting prices but diluting the real interest cost of a bank loan to zero over a 10-year period.

Can we take remedial measures? The times are tough. But bad times never last. More important, are we primed to take advantage of the next uptick cycle in world economic growth? Possibly not. Here is a four-point mantra for getting there.

First, the new national government, later this year or in early 2019, must tackle the long-ignored task of public sector reform. It is shocking that economic duality has widened since 1947. The average citizen and business is streets ahead of the government in the effective use of 21st century technology to make employees accountable. Can you imagine how the government would change if the bottom five per cent of employees were sacked every year for poor performance or if the courts disposed of cases quickly? Just focusing on achieving these two and keeping everything else on hold could retrieve democracy in India.

Second, know your citizens. Make all residents and citizens identifiable, traceable and accessible. Aadhaar is the answer. Make registration for Aadhaar painless and self-declaratory — the ability to cancel out duplicates is supposed to be built into the system — enhance its accuracy in identification; mask the private information better and multiply improved digital recognition equipment. Populate data for citizenship, electoral rights and public benefits, using Aadhaar as the base platform. Transfer all public benefits through bank accounts. Roster all government officials, below 40 years of age, irrespective of grade or cadre, to serve as field-level facilitators wherever they are posted, with specific mentoring targets, to help citizens access their benefits.

The BJP and some regional parties (Trinamul Congress, AIADMK, the Left parties) who have a cadre are ramping up to do this. Down this route lies the threat of democratic abdication. A citizen must be served by the government of the day, not tied to the apron strings of a particular party for accessing benefits.

Link official accountability with efficiency in use of capital

Third, change public incentives and processes. Switch from lazy budgeting of inputs to specific outputs, achievable over two years and outcomes over five years. Form teams of specifically identified officials to programmes and projects; ensure that there are no transfers and the team remains intact for the next five to 10 years. This will ensure more responsible budgeting; development of job commitment and expertise and improve outcomes. China does not shuffle its officials about needlessly. They stay tied to specific tasks for long periods — many forever. We encourage our officials to forum-shop from one cushy position to another. 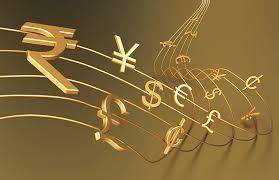 Fourth, walk the talk. Withdraw the government from being a market participant and it will work better. Markets are like forests. Naturalists like Pradeep Krishen say it is enough to fence barren land off from predators like goats to allow a forest to regenerate. Going with the grain of nature doubles results. Anything else is wasteful and inefficient.

Stop fiddling with markets and they will find their level. Focus on diluting, not alleviating, the pain of those who lose out from markets. Just that can consume all of the government. Do not dilute the bite of markets if you aim for efficiency. Equity initiatives must be front-loaded to enhance competitiveness, not installed at the end of pipe to shackle markets. Caste-based reservations for education, jobs or benefits are an end-of-the-pipe option. They gel perfectly with our real strategy of steady but inefficient, slow growth.

Democracy is not the reason for our woes. It is what we do with it that’s troubling. Democracy implies at least a 50 per cent chance of not getting re-elected. The great Mughals would not have approved of the risk profile. Neither, it seems, do our rulers today.

Adapted from the author’s opinion piece in The Asian Age, July 9, 2018 http://www.asianage.com/opinion/columnists/090718/price-of-democracy-a-4-point-growth-mantra.html