Even as the #MeToo onslaught against M.J. Akbar ground to an interim conclusion with his resignation from the council of ministers, we have before us the case of a Uttar Pradesh politician’s son who felt it necessary to openly brandish his pistol, to bolster his stature, in an argument during the wee hours of the morning with a couple, in the front porch of a 5 star hotel in New Delhi- with hotel security paralysed into submissive immobility.

To their credit, the Delhi Police took cognisance of social media clips of the incident, which went viral and booked the errant princeling, who is on the run. But it does illustrate the massive gulf between public expectations from the rule of law and the reality of governance standards.

Delhi has rocked in the recent past to the liberal tunes of the “privacy” debate; gay rights and now sexual harassment. This frisson of excitement peters out within a 30 km radius around the capital. Lucknow, barely 530 odd kilometres to its east, thrums instead to the beat of basics – protection of property, life and liberty and freedom for the girl child and women which is severely limited by social norms.

Even communist, rationalist Kerala – “Gods own country” does a right turn to social conservatism

There is no good reason why social conservatism – measured by the degree of freedom granted by society to the girl child or women – continues to prevail so pervasively. Consider the adverse public reaction to a judicial decision to permit the entry of women into the Sabarimala Temple in “communist” Kerala. Our colonial heritage which still binds us down irretrievably to the past must be fingered. Traditional identities are by definition regressive in a society which was deeply hierarchical, tainted by inequity, patriarchal and by modern standards, abusive of human rights, as in the case of caste or the status of women. The Raj merely reinforced these fault lines – to its benefit.

When will we get rid of traditional identities and the colonial artifice which magnifies them?

The wonder is that we have willingly accepted a continuance of visible public discrimination – the subversive instrument of submission used by Monarchs everywhere to separate themselves and the elite from the hoi polloi. President Trump was casually “disrespectful” of the elaborate formality around meeting the Queen of England, earlier this year, with a reason. He wanted to show to the world that He and the United States were numero uno and not Her Majesty.

We are yet to have our Trump moment. We reflect our cloistered and submissive thinking when the President of India continues to ceremonially ride in a carriage designed for the Imperial Goras (Colonial white folk) and lives and works out of a palace (Rashtrapati Bhawan) every piece of which, right down to its liveried footmen and the horse mounted guards, evoke the stilted contrivances of the Raj? 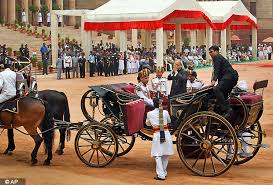 Wouldn’t it be wise for the President to move into a bungalow within the estate and turn the Palace over to some other worthy public purpose – a library; a hospital or even a high end boutique hotel managed by a private hotel chain? In the process the government could earn some money. This is one disinvestment the government should not ignore.

Ditto for the vast amounts of land with military cantonments and the railways. Monetising land not only provides revenue, it also shakes government out of the stupor of living in the vast, cavernous past of colonial splendour. Your style of living determines who you become. The more politicians and bureaucrats live behind high walls, the more remote they become from the push and shove of the daily life of a citizen.

There are three arbiters of a modern, free society which should be accessible to any citizen.

First, a fiercely independent police force – segregated functionally into border management; specialised armed aid to local police; crime prevention and detection; intelligence; local armed police for law and order duties and traffic police in metros. Each of these police forces must have independent cadres to ensure specialisation and functional separation.  Accountability to parliament must be through an apex police management board consisting of politicians from the ruling party; representatives of the opposition parties; civilian security advisors and civil society representatives. Day to day management must be left entirely to the police bureaucracy.

The second arbiter of freedom is the judiciary. Here the tenets of independence are better embedded. But accountability and the processes by which judges get appointed need to be more transparent as does internal oversight to improve the credibility of the lower judiciary. Establishing an Indian Judicial Service is highly desirable to standardise the quality of justice and improve judicial administration.

The third arbiter of freedom is civil society. This segment has overtaken the media in being fundamental to preserving freedom. Technology has decentralised the power to report news and express opinions. Media is now just one element of the broader coalition of civil society actors who act as a check on mandate creep by the State and can enhance the performance of all three levels of government. Open information systems and transparent, participative processes are the life blood of civil society. We are very far from this goal and are actually regressing.

There is a fourth element which is foundational to the efficient discharge of sovereign functions. This is the armed forces which defend national interest when required; guard our borders in conjunction with specialised police units and come to the aid of civilian authority in emergencies.

Till recently, a strict insulation of army operations from civilian or political interference and preservation of the terms of service at an attractive level were the norm. The quid pro co was that the armed forces remain apolitical. This understanding has now broken down. The armed forces are gradually being sucked into the political rat-race and the terms of their service have deteriorated. Unless these deleterious changes are reversed we could be on the path to tin-pot dictatorship. 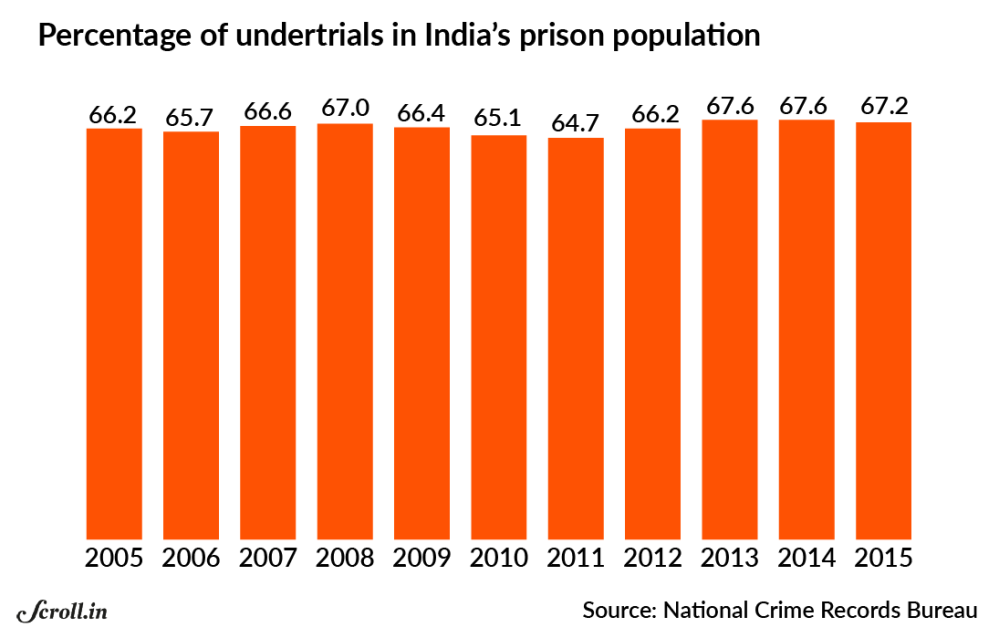 Structural reform of the government is long overdue. The graphic highlights one of the pernicious effects of poor responsiveness of public system – undertrials spend a life time in jail without being convicted or released. The long time span for realising benefits from governance reform has been a deterrent. Political stability should be an enabler for such deep governance reforms. But experience shows that reform is always thrust upon us – either by external shocks or as a response to internal political upheavals. Rarely has a period of stability generated the adrenalin required to keep the reforms process going.

Politics seems to be tearing apart the social fabric of India rather than darning the worn pieces. Sadly, when politics becomes irresponsible, better governance also means more government, not less – as Prime Minister Modi had imagined on taking charge in 2014.