Posted on October 28, 2018 by Sanjeev Ahluwalia

It’s the silly season in Delhi. Deepawali brings out the worst – drunk driving, gambling, winning and losing fortunes -but thankfully no longer one’s spouse or partner, parties galore where the sparkle of “jewels” – sadly not including one’s spouse – dims the brilliance of the overhead arc lights.

Its stressful working with PM Modi

Bureaucrats and related species, at these soirees, remain marginal to the festivities – particularly under Prime Minister Modi who is a stickler for propriety. He ticked off a cabinet minister for travelling overseas in jeans. Denied their jollies at Deepawali bureaucrats seem to take to free speech with a vengeance as a substitute for letting-off strings of patakas or anars by the bushel, correctly assessing that for once, everyone would feel their pain. 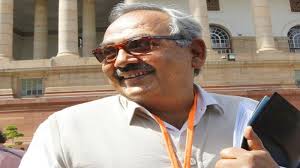 Mehrishi – a retired IAS officer, thought it fit, in a public address, to castigate the RBI for not being vigilant enough to avert the ILFS meltdown. He correctly fingered a regulatory failure. But done publicly, it seemed a mite too closely aligned with the ongoing strategy of the government to pressure the RBI on performance, in the hope that it will buy peace by opening the liquidity flood gates prior to elections.

The CAG is a constitutional authority whose main remit is auditing the accounts of the government and related entities with some leeway to also look at performance audit. But macroeconomic regulation is way off its remit. Where the CAG, under Vinod Rai – a previous head – was adventurous, it erred in valuing the notional loss caused to the previous government in coal mine or spectrum allocation

The scarcity & high cost of good financial assets is the problem not the amount of liquidity sloshing around.

If liquidity is the real problem, one wonders why public sector banks prefer to keep more than they need to in the Statutory Liquidity Ratio accounts (SLR) with the RBI. Could it be that a shortage of liquidity is not the problem? And that the real problem is there are just not enough assets, with an acceptable risk profile, which can be bought.

The easy money policy of the previous government created poor performers amongst the banking and non- banking financial institutions, with dangerously over-leveraged balance sheets. Today these, like ILFS, are toxic assets no one wants to touch. The real problem is losses from non-performing assets have to be recognised. Market forces have to be allowed to slim down the assets of imprudent financial companies. This pain – which is not due to the actions of the present government – cannot be avoided. Socializing the pain would hurt badly.

Doval occupies a crucial political position in the security setup and is one of the few top officials the Prime Minister trusts implicitly. Whilst delivering the Sardar Patel Memorial lecture this week – a public event – he dwelt repeatedly on the need for India to have a strong and stable government for the next decade, failing which he warned our national strength could be undermined by enemies of the nation. As an aside, he also emphasised that Indian must remain a democracy. But a decisive one.

Political coalitions are not Dovals cup of tea – he became Director IB under one in 2004.

We presume he meant that India could not afford a wishy-washy, loose coalition government, such as the ones which were in power from 1978 to 1980 (Morarji Desai and Charan Singh); 1989 to 2014 (V.P. Singh, Chandrashekhar, Narasimha Rao, Deve Gouda, I.K. Gujral, Atalji and Manmohan Singh) a total of 27 years (nearly 40 per cent) of the 70 years since independence.

East Asian top down model of democracy appeals to Doval

Apparently, the accommodation of competing political interest to achieve a high degree of consensus is anathema for democratic decisiveness. Instead a grand plan, conceived- possibly in secret somewhere high above- which is then rammed through, as in China, is legitimate. After all what is in a name? So long as a citizen can vote, Democracy can come in many shapes and sizes – some of which expressly exclude plural politics and free electoral choice. 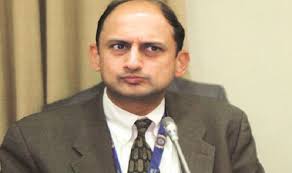 Curiously the “Delhi Deepawali Itch”, spread even to business-like Mumbai. Viral Acharya chose a public forum to castigate the on-going, poorly conceived and barely concealed attempt by the government to stampede the RBI into enhancing liquidity;  keeping interest rates low and running down its surpluses – vaguely reminiscent of Custer’s last stand – to force feed growth. The release of large pools of money into the domestic economy can enhance consumption and public investment at the cost of potential future fiscal instability. Never mind if this leaves the next government – possibly the BJP itself or a coalition led by it – with the ensuing near certainty of inflation.

Rich in substance but vitriolic in style

Viral was on the button with the substance of his critique. But the exuberant, devil-may-care attitude can only be explained by the Deepawali Itch to vent at a public address. Even Raghuram Rajan – the erstwhile RBI Governor, who was adept at opening cans of worms, would not have been amused at the virulence of the speech which went viral.

Best to put this down to the inexperience of a callow young man. Viral is an economist who is merely 44 years of age. In India, where even 80+ year old eminences continue to rule the public intellectual space, he is just a kid. And boys will be boys.

Deepawali is still a full week away, so stay posted for the next batch of strident, babu venting, before the acrid smoke gets too thick for even strong words, if not deeds, to ruffle our collective, public consciousness.