Posted on January 9, 2019 by Sanjeev Ahluwalia 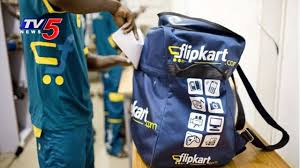 India’s elites – the top 0.1 per cent of families, who only shop overseas and have grown fatter the fastest – have a visceral fear of  foreign buyouts. The  average Indian couldn’t care less – they only look for lower prices and better quality.

There are no sari clad Westestern CEOs 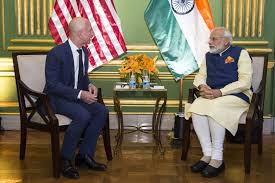 India’s politicians, particularly in state governments, feel disempowered versus foreign companies. There is a cultural gap. But also the strong arm of the law, a favoured weapon to discipline foreigners, is difficult to impose overseas. Disciplining Union Carbide for its gas leak was tough in 1984. Even today extraditing rogue Indian businessman Vijay Mallya remains a challenge. Western CEOs don’t kowtow to Indian politicians. Walmart’s annual revenues at $500 billion are more than double of the Union government’s budget. It hurts. That’s where domestic big business lucks out. Nothing wrong with home-grown retail e-commerce as in China. But India is no China.

India is no China

Explosive double-digit Chinese growth in the 1990s fuelled its ability to support domestic digital giants – Tencent and Alibaba. India, with a 2016 per capita gross national income (PCGNI), in constant terms, of $1,841, is still a decade away from equalling China’s 2011 PCGNI of $4,925. Also, democracy doesn’t help in overtly pushing domestic big business.

“Return of the Raj” fears, responsible for tepid support for trade reform

The UPA-2 government did try. In the post-2008 global economic downturn, there was interest among Western retail chains to invest in rapidly-growing India, and 100 per cent FDI in B2B, or wholesale trade, met no opposition. But opening up retail to FDI was opposed by the BJP, then the main Opposition. On December 6, 2012, in the Rajya Sabha, a much younger-looking Arun Jaitley pressed all the right buttons to create fear and alarm: 40 million small traders would go out of business; Indians would become “shopboys and shopgirls”; ownership and control would pass to foreigners, as in the Raj. Not surprisingly, sundry regional parties, on both sides of the aisle, were similarly opposed.

Modi government uses its massive public mandate to tinker away

The Narendra Modi government, to its credit, despite its deep roots in business, used its majority in Parliament to push retail trade liberalisation, albeit stealthily, innocuous tinkering with constraining regulations, to enlarge the presence of marquee foreign brands in India. This worked.

The Foreign Investment Promotion Board, a regulatory relic of the 1990s, was abolished in 2016. Since March 2016, 51 per cent FDI in single-product retail trade is possible under the automatic route. For foreign companies like IKEA, obsessed will full control, 100 per cent FDI is possible with government approval. A minimum domestic sourcing of 30 per cent protects small, medium and micro enterprises.

Investing in physical retail outlets allows foreign investors to sell their own brands online through e-marketplaces. But regulations fog FDI in multi-brand retail. Only a maximum of 51 per cent equity is permitted and that too with government approval. The killer is that online sales, through an owned e-marketplace, are banned for a multi-brand retail chain.  This is irrational. Why should we stop an e-commerce player like Amazon, Walmart (now owner of domestic e-marketplace Flipkart) or even Alibaba from manufacturing goods in India and selling these along with other brands, on its e-marketplace?

This irrationality is designed to give time to domestic big retailers to shape up. Telecom Regulatory Authority of India did something similar in 2016. Applying a concept of “net neutrality” – a principle junked by even its author, the US Federal Communications Commission, in 2017, it stopped  Facebook from offering free connectivity via Airtel to its curated content “Free Basics” – a proposal eminently suitable for price-sensitive Indian consumers. Curiously, this “irrational” decision did work in our national interest. It enabled Reliance Industries to roll out its broadband service Jio, offering universal access to content, at near-free prices. An Indian “deep pockets” company won out over a foreign one.

A similar tactic of holding-off foreign investors is being used in multi-brand e-commerce. Shoppers Stop, a large physical retailer, tied up last year to sell its brands through Amazon. Amazon bought five per cent of its equity, enabling it to reduce debt and enhance profitability. Also, the group’s online access to customers increased from four million earlier to 40 million on Amazon – a win-win for both. The Future Group, which owns the retail chain Big Bazaar, has similarly tied up partnerships with several foreign brands. Talks are reportedly on with Walmart to enlarge the group’s online presence. Walmart, a physical retail chain in the US, acquired Indian e-marketplace Flipkart to mount its e-commerce challenge to Amazon in India.

In its Press Note 2, the department of industrial policy and promotion on December 26, 2018 set the cat among the foreign and Indian pigeons hoping to roost in the Indian e-commerce space. It emphasises the “neutrality” rule to stop Indian (Snapdeal) and foreign (Amazon) e-marketplaces from buying into a suppliers’ equity to scale up capacity, improve quality and efficiency. This is just absurd. Barring direct investment in suppliers is easily negated by routing investment through layered companies to live within such irrational regulations. But if the government gets heavy on such indirect investments, it will impose regulatory inefficiency, disrupt a thriving marketplace and hurt “good” jobs. 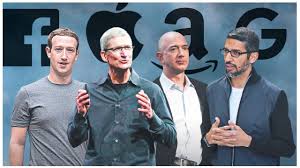 The good news is that the big boys — political and business – are set to talk this through at Davos – where else, later this month. Hopefully, post the general elections, the new government will not need to posture in favour of the domestic anti-retail trade reform crowd. Also, there is nothing like a regulatory jolt to remind bumptious foreign investors of just who is the  boss. Business sanity might prevail over populism after the 2019 elections if a single party gets an outright majority. That, of course, is a big “if”.

Adapted from the author’s opinion piece in the Asian Age, January 9, 2019 http://www.asianage.com/opinion/columnists/090119/targeting-foreigners-in-indias-e-commerce-market.html