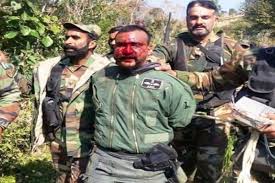 Taking the war on terror directly into Pakistan was India’s first step towards fulfilling its “Great Power” aspirations. Like the United States, we have transited to using air power to limit the body bags from such operations. Unlike the US, which has global policing responsibilities, our counter-terror theatre is currently limited to Pakistan.

Also, unlike the US, which remote controls such operations from its grand geophysical isolation, we share a 3,000-km fence with Pakistan. Being friends would be best. But we share a legacy of bitterness — the Partition of 1947, Pakistan’s unprovoked aggression in Kashmir and the standoff; another unprovoked aggression in 1965 and its humiliating defeat; India’s support for the Awami League, to liberate East Pakistan in 1971 and the creation of Bangladesh. The subsequent acquisition of nuclear weapons by both sides has not helped. 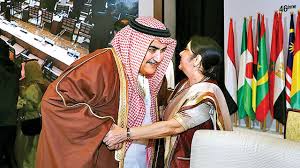 Recent events have heightened the discord. India’s outstanding diplomatic success isolated Pakistan, including in the Organisation of Islamic Cooperation meeting at Abu Dhabi, after the horrific Pulwama car bombing, claimed by the Jaish-e-Muhommed, a terror outfit based in Pakistan. A Nelson’s eye was turned by the United Nations, and by almost all the major powers, to the Balakot counter-terror airstrike by India.

India has used air power on non-military targets earlier. In March 1966, newly-minted Prime Minister Indira Gandhi —  chosen as the leader of the Congress Party in January 1966 — used air power to bomb the Mizo insurgents in Aizwal who had revolted and taken over the local government. The intention was to send a compelling message of overwhelming strength, just as her predecessor Lal Bahadur Shastri had done when confronted with Pakistani incursions into India in 1965, a year after he became Prime Minister in June 1964. This incident illustrates how “strong action” by a previous leader escalates expectations from successors. Regaining control over Aizawl swiftly did Indira Gandhi proud in the general election of March 1967, cementing her image as anything but a “goongi gudia”, which older Congress leaders had mistakenly thought her to be.

Having bombed a Jaish hideout within Pakistan, retaining the credibility of compelling force requires repeating the tactic when the next provocative act of terror happens in Kashmir or elsewhere in the country. We do not know how steeply the ladder of escalation is inclined. But let’s not kid ourselves into believing that all is well. A higher baseline of reactive punishment for terror acts has been established.

Riding the escalator is inevitable

Walking away from any future provocations, as we did from the 26/11 Mumbai terror attacks in 2008, will compromise our strategic credibility. This is exactly the tight corner in which the United States is now caught in. Domestic compulsions arising for lower tax revenues, caused by President Donald Trump’s tax cuts and a widening fiscal deficit, have forced it to back away from the burden of global policing. Estimates vary of how much the US spends on counter-terrorism after the 9/11 attacks on America in 2001.

America is losing face as it walks away from global policing

The Pentagon estimates the direct cost of counter-terror operations at $1.5 trillion (0.6 per cent of cumulative current GDP 2001 to 2018) spread equally between Afghanistan and Iraq. The Stimson Centre, a non-partisan Washington think tank, puts it at $2.8 trillion (one per cent of GDP). The Watson Institute, Brown University, pegs it at $5.8 trillion (2.2 per cent of GDP) if the cost of hiring private contractors and veterans’ care are included.

India barely spends 1.5 per cent of its GDP on defence — two-thirds of it on military salaries and pensions and current costs. Our fiscal deficit is already uncomfortably high at 3.4 per cent of GDP, with an upward possibility by end-FY 2019 versus the medium term target of three per cent of GDP. The post-2002 period was a virtual love feast for India. Expenditure on defence languished and resources were diverted for growth and internal security.

Finding the money for Great Power moves is tough

That phase has now ended. We will have to spend on better intelligence inputs, fortifying the India-Pakistan border via hi-tech surveillance and smartly entrenched boots on the ground, splurging on equipment – guns, combat gear, fighter jets, support aircraft, submarines and warships. All this means spending at least an additional 0.5 per cent of GDP (amounting to Rs 1 trillion) on defence.

Adopting a Great Power stance requires serious tax collection improvements at home. But money is not the only linchpin for security. Compressing Pakistan’s ability to escalate its strike capability can help. China funds Pakistan as a quid pro quo for the China-Pakistan Economic Corridor. We could offer to recognize China’s CPEC interests in Pakistan administered Kashmir (Gilgit) in exchange for a pact to not support terror . Talking directly on de-escalation with Pakistan is of little help though it remains a diplomatic nicety.

The root of militancy in Kashmir is not Pakistan, but the alienated hearts of the youth of Kashmir, which remain open to any misadventure. This running sore can be healed only by empathetic deepening of local democracy, including by providing the fiscal resources for productive employment and protecting the rights of the Hindu refugees pushed out from from Kashmir in the 1990s.

Divisive domestic politics is not helpful

Most important, religious intolerance, which has proliferated in India, has to be stamped out swiftly. The State must distance itself from religion, in much the same way as does France, subject to all religions embedding the pan-national values enumerated in our Constitution.

Adapted from the author’s opinion piece in The Asian Age, March 7, 2019 http://www.asianage.com/opinion/columnists/070319/walk-the-talk-on-war-but-consider-the-costs.html

3 thoughts on “The cost of war”