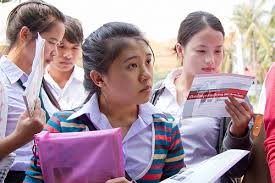 The recent statistical dogfight around job creation, using data as ammunition was between NITI Aayog, intent on proving that there is no slow-down in job creation or more accurately productive work and the CMIE convinced that there has been a net job loss during the Modi years, with no give on either side. 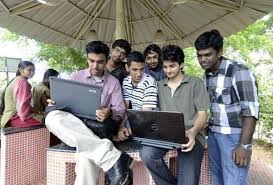 Beyond this statistical logjam, can political economy provide any triangulating real world indicators? It is now widely agreed that around 100 million “formal sector” jobs exist, which can be tracked by labour survey data, income tax returns or Employees provident fund and Employees state insurance fund data.

These are jobs at the top of the heap. So it is common sense to conclude that these must be held by the closed network of the top 50 million families (20 per cent of total families) comprising farm, industry, business, professional and government elites and their subalterns).

The annual incremental employment needs of this elite set, is around 2 million jobs (simple 2% growth in population). Clearly this is being met. Even if it is not and youngsters in this set are unemployed, they have the family resources to get by. For this lot nothing has changed and the gilded life will carry on irrespective of the government in power.

At least 80 per cent of jobs are already informal – contractual and episodic.

Now take a look at the bottom of the pyramid. Comprising the bottom 80 per cent are rural families who farm and those who supplement their meager income by working on a nearby farm or home. 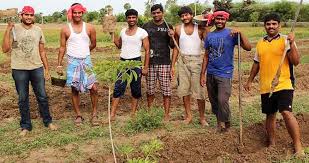 With shoddy education and iffy health facilities, this segment comprising around 160 million workers is boxed in by low average farm productivity. In 2017-18 the nominal gross value added in the primary sector, which includes agriculture, was Rs 28 trillion.

Assuming a maximum share of 20 per cent in primary/agriculture value addition for labor, the earnings of a farm hand are Rs 35000/- per year as 160 million agricultural workers share this meager pie of Rs 5.6 trillion. At around Rs 3000 per month, this is slender pickings indeed.

For such families an Employment Guarantee scheme, like MGNREGA, targeted for the season when farm work is not available, makes sense.

100 days of work at Rs 300 per day for one member of this family could theoretically increase the earning of a two working member family to just below Rs 70,000 per year. Meagre but survivable, if an additional Direct Income Support Scheme adds Rs 72,000 per year.

Enhanced job creation in agriculture seems very distant. Even if productivity is doubled, wages will still remain stuck at the Rs 36,000 per year level because of the excess supply of labour in agriculture.

Consider that against the need for additional jobs at the rate of 2 per cent per year in agriculture, low agricultural productivity and growth is of only 2.5 per cent per year. This restricts the available surplus for wages to just 0.5 per cent (20 per cent of growth) per year. Agricultural productivity would have to quadruple and growth pick up to 10 per cent in nominal terms (around 6 per cent real terms) for wages to increase to Rs 12,000 per month and yet remain affordable for farm employers or new jobs to be created at the existing low wage rates of Rs 6000 per month.

Ironically, the opportunity and potential for job growth in agriculture might be better than in industry. Automation is far less affordable in agriculture, than is robotics in industry and the service sector, because labour is so much more expensive in the latter.

Robotics is likely to slow down jobs creation in Indian industry. Consider that a 10 per cent, per year increase in the output of the industrial and financial sector (constant terms) between 2006 and 2012 increased formal private sector jobs by just 2 per cent per year from 27 to 30 million. The public sector was much worse and actually reduced employment from 18.2 to 17.6 million.

Life is uncertain for the 190 million workers in the non-farm informal sector. Employed in retail hospitality and commercial services, road transportation, construction, small industry, micro enterprises and as house help they are the most vulnerable to changes in the surplus income of the consuming classes. Kick starting construction, private industry and urban infrastructure development are key inputs for the gravy trail to trickle down to them.

The investment slowdown – an outcome of the stressed bank assets problem – over the last three years, has affected this set of workers the most.

Hopefully, as Bank balance sheets improve – the union government has already put in Rs 2 trillion towards improving the capital of public sector banks – and the continued resolution of stressed bank assets would restart the investment cycle.

In this context, cheaper loans on the back of inflation below 4 per cent per annum and accompanying reductions by the RBI in the Bank rate (applicable for more than 90 day loans to banks) by 1 percentage points from 6.5 per cent to 5.5 per cent (90 day repo rate 6.25 to 5.25 per cent) over fiscal 2020, can only help to improve the sentiment.

Fiscal 2020 will remain a buyers’ market. Elections will cloud the first quarter. The environment for external trade continues to be hostile with overseas markets in mild recession.

The government’s continued commitment to a strong Rupee exposes domestic manufacturers to imported price pressure and hurts the bottom line of Indian exporters. No wonder merchandise exports have remained flat for the last three years. Massive commitments for defense purchases and competitive populism driven social welfare measures and loan waivers will worsen the fiscal deficit and could stoke inflation. All in all, 2020 is not going to be good for jobs or for economic growth.

4 thoughts on “The common sense on jobs”