Posted on October 1, 2019 by Sanjeev Ahluwalia

Tough reform decisions are best taken in times of grave crisis not when the going is good. Economic reform, at the best of times, is highly disruptive. It makes little political sense, in the real world, to throw away the benefits of a stable, growing economy, in the hope that the future would be brighter if some more pain is inflicted today.

All reform is painful in the short term

And mind you no real reform is painless. The reform action of the “win-win” kind where everybody benefits are sometimes superficial – like building more roads or parking lots to reduce congestion when imposing a congestion tax for entry into crowded urban areas would be more effective. Reducing tax rates without reducing expenditure to balance the budget is another. The expected revenue bounce from the income and wealth effect – higher consumption or savings because of more money in the hands of the taxpayer – becomes visible only with a lag. Till then tightening belts is necessary.

How much reform is enough?

Also it is tough to determine how much reform is enough. Consider that high real interest rates are fingered as one reason for growth slackening off. So what should the Reserve Bank of India do on October 4? Would a cut of 25 basis point, taking the repo rate down to 5.15 per cent suffice or does it make more sense to push for a sub 5 per cent Repo rate with a real rate at around 1 per cent given that inflation is significantly below 4 per cent whilst credit off-take, production and exports are still as comatose as they were in Q1 of this fiscal.

Timing reform is also key. The 1991-92 economic reforms worked because India was in dire straits with a failing economy near default on its external obligations. The resulting panic induced obedience and acceptance of bitter medicine. Industry, sundry vested interests and Trade Unions fell in line for a while.

India is far from dead but consistent reform is necessary

We are far from being fatally flawed today. India is more resilient to external shocks. Foreign reserves equal $390 billion. This can finance more than two years of deficit, including interest on external loans, in the current account ($49 billion in 2017-18) plus $ 126 billion per year repayments of commercial loans.

Yes, growth is in the slow lane with continued downward pressure expected through till FY 2021 due to international headwinds in trade and geopolitical uncertainty till the US elections are over in November 2020. But we can chug along at between 4 to 6 per cent growth without being an international outlier.

Nearer home, the noise around elections provides a near-continuous disturbing backdrop to the economic ticker. Asking the BJP to ignore election outcomes and work in the larger public interest is like asking a Formula One champion to behave like a “genteel Lady” from the 1930s! The burning desire to win elections comes from the same fire which feeds the awesome efficiency of the BJP juggernaut. One has to choose the entire package with no cherry-picking.

BJP should stick to its comparative advantage

The BJP should continue doing what it is best at – ruthless efficiency enhancement to reduce the incremental capital-output ratio (ICOR)- units of capital investment needed per one unit of growth- to below 4. China in its high growth days, till 2008, had an ICOR below 3 per cent. The benefits from this structural reform might come with a lag of a year but once they kick in the gains are systemic and sustainable.

BJP high on action but running empty on economic ideology 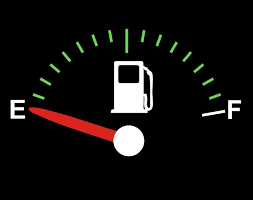 Reform is also about trade-offs. Whilst navigating these trade-offs, ideology helps provide an anchor. Here the BJP is a drifter. Its detractors call it a Right-wing party. But its economic ideology is far from not Right-wing.

It has continued a high subsidy regime (2 to 3 per cent of GDP) inherited from the Congress, also emulated by most regional parties – most prominently by AIDMK in Tamil Nadu when Amma – Jayalalitha was still alive.

Income Tax relief at the lower end have benefited the Neo-Middle Class with income up to Rs 1 million per year but not the middle class who now pay higher cess and surcharge and have actually hurt the rich through the significantly higher surcharge. The big middle-class scare is of a possible “inheritance tax”. In popular lore 5000 rich Indians have located off-shore to escape the tax dragnet preceded by significantly increased capital outflow under the liberalised scheme from $1.3 billion in 2014-15 to $11.3 billion in 2017-18.

The design of the Goods and Services Tax bends over backwards to avoid imposing any additional levy on the consumption basket of the poor and the Neo Middle Class. This also explains the compulsion to have the less efficient, multiple rates of taxation, with “luxury and sin goods” like automobiles and lotteries taking the brunt of the highest level of tax at 28 per cent.

Most recently, the GST council reduced the basic tax for those who stay or eat at starred hotels to 18 per cent from 28 per cent. But this one-off move to the Right is more to make top-end hospitality competitive for international tourism, rather than concern for the unreasonable draft on the savings of the rich.

These are all indicators that the BJP does not align with a stereotypical right-wing economic agenda of lower taxes, free markets and smaller government. There is hardly any difference between the privatisation policy of the erstwhile UPA and the present government. Both pay lip service to the private sector. But it must grow via “greenfield” investment or buying out defunct public sector units rather than by buying out operational but inefficient public sector units whilst they are still profitable.

The latest ban on the export of onions, the mandatory minimum export price for agricultural produce when prices increase, price caps on imported prosthetics and now possibly on generic antibiotics is typical of a government which favours command and control to light-handed market regulation advocated as per right-wing economic policies.

Panic at the continuing slowdown is bringing out the anti-market sentiments within the BJP under the guise of the need to provide quick relief to the common man.  A price will have to be paid for such quick relief.

Whilst no one questions the need to insulate the poor from the vagaries of the market, it is the choice of the instrument which is debatable. Had India implemented a direct transfer of benefits to the poor, financed principally by the public savings from ending poorly targeted and wasteful subsidies, the price of Onions might not be the key variable for election outcomes.

“Chintan” on developing an economic ideology aligned with its core beliefs is desperately needed to make State actions of the BJP governments, internally consistent.