Posted on December 2, 2019 by Sanjeev Ahluwalia 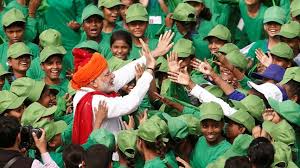 In early 2014 Narendra Modi as a prime ministerial aspirant made three pledges to the people of India, which swept him to power and kept him at the helm. First, the pledge to employ jobless young adults in decent jobs. Second, to shrink the government while increasing governance. Third, to put Rs 1.5 million into every family’s bank account.

With growth falling to 4.5 per cent in Q2 FY 2020 (the previous low was 4.3 per cent in FY 2013), the tide has gone out from under the BJP’s boat. Its timely to review how fully have these pledges been redeemed and what the government needs to do now to improve its record on redemption.

Dwindling jobs for the boys

There is a great deal of noise in the jobs data. But most analysts are agreed that the opportunities for part-time or casual work to add to the family income have reduced significantly. So high is the over-supply of workers that women’s participation rates in the workforce have fallen to historic lows along with opportunities for inexperienced young workers.

Sadly, the paucity of jobs is unlikely to go away even if the economy revives. The nature of work is changing globally. Machines and robots are replacing unskilled humans in dangerous or monotonous work. Restrictive labour laws make downsizing and contractual work administratively difficult and expensive, tragically inducing a flight of employers to robots.

While re-framing basic and tertiary education to align with the demand for labor is urgently needed, it will not expand the volume of work available sufficiently, at our levels of low competitiveness. Improving competitiveness is all about doing more with less and a shrunken workforce is the low hanging “fruit” of most such attempts.

The implication is that public budgets need to be refocused and the allocations on human development and social protection enlarged significantly. The burden of developing infrastructure, investing in manufacturing, research and development, all of which have imposed a heavier burden on public finance resources in the recent past, has to be shifted to the private sector. 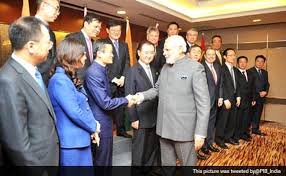 Bringing the private sector center stage requires a sea change in the manner of its participation and its role in nation-building. Unless we can reduce the risk profile of infrastructure projects —make land acquisition legislation practical and effective along with it being equitable and sustainable; reduce red tape and reverse the growing sentiment of mistrust in the private sector, it is unlikely that “invest in India” would become a credible narrative. And unless we can push investment up to 40 (from around 30) per cent of GDP, a recovery to eight per cent GDP growth levels is unlikely.

Making private sector investment the primary growth engine in the economy would require the rules of the game to be set by the private sector, with minimal oversight by regulators and the government to guard against anti-competitive behaviour or price gouging while using benchmark environmental and labour regulatory mechanisms to improve operating performance and standards. Active participation by the private sector in policy and rulemaking wherever they impinge on business should become a necessary practice, rather than the hush-hush, wink-wink business it is today.

This approach is aligned with reducing the size of the government while improving governance outcomes. Privatising public sector entities is a key milestone, not as a tool to fill the fiscal deficit but to enhance the productive use of assets and capital.

This “private sector first” approach also requires that the government stand ready to step in and provide safety networks for those who lose jobs or are shouldered aside by the march of technology in the evening of their life. Essentially, it implies a complete reversal of what all Indian governments have been doing since the 1970s — being the supplier of private and public goods.

The government must quit the business of supplying private goods and services. Telecom services is one such example as are airlines, railway passenger and goods carriage services. Trade liberalization can free domestic markets for agricultural products and replace the administered pricing mechanism.

At the time of his taking over as Prime Minister, Mr Modi had advised young IAS probationers that they should devote themselves to the social impact sectors since business and industry could look after themselves. Sadly, this simple but powerful message has since been lost with the same, post-colonial, generalist configuration persisting today in decision making roles across the spectrum of ministries, with one difference — that the Gujarat cadre is much more in prominence in the Union government than ever before.

Staffing patterns resemble the allocations in colonial times rather than responding to the development needs of today, with a horizontal structure. Directors and special secretaries have proliferated, creating an officer cadre with seven pancaked layers.

The pledge to transfer wealth to the bottom quintile gains traction 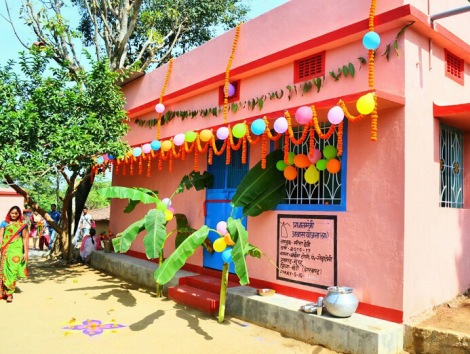 Unexpectedly, there has been the most progress on the pledge to transfer Rs 15 lakhs of wealth to every family. The primary instrument for delivering private assets is the Prime Minister’s Awas Yojna — currently around 11.2 million homes in urban areas and another 14 million in rural areas — a total of around 25 million homes have been targeted and around 10 million homes built since 2015.

Extending the scheme to 48 million homes comprising the bottom quintile of the total number of families over the next four years to FY 2024 would require Rs 2 trillion per year as up-front capital assistance for homes and an additional annual amount of `30 billion increasing to Rs 130 billion by FY2024 as interest subsidy on the loan component. This appears unaffordable at low rates of growth.

Govt-Bank-Private construction Troika to the rescue

But the unaffordable can be “mumkin” (doable) if the “private sector first” mantra is evoked. A troika of the government, banks — which are flush with funds — and private construction companies- which are short on work- can deliver the finance upfront if a ssuitable interest subsidy element is guaranteed by the government.

Mr Modi was right in 2014 when he identified less government with better governance and a more effective transfer of income to the bottom quintile. It is just that poor execution has come between intent and reality.

Adapted from the authors piece in The Asian Age, December 1, 2019 http://www.asianage.com/opinion/columnists/021219/can-govt-let-private-sector-take-lead-on-growth.html