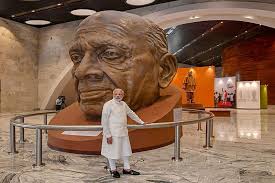 What sort of a legacy will Prime Minister Narendra Modi leave India? Oh, come on… say those who like him – and there are many- it’s way too early to talk about a legacy. The man is full of energy, strong in the saddle and is likely to be around till 2030.

They are probably right. Despite the recent halo around NCP supremo Sharad Pawar for outwitting the Narendra Modi-Amit Shah duo at their own “game of thrones” in Maharashtra, there seems little traction around a wider pan-India anti-Modi front. That is not without reason.

The extremely efficient, dirty tricks department of the BJP is continuing to polarise the Hindu vote by targeting Muslims alone while going soft on the other so-called “foreign” religions — Zoroastrianism or Christianity — as spoilers of national progress and integrity. This is not new.

Christianity has not been a threat. It was dignified 210 years ago, when it took up arms against the slave trade, out of Africa. Today its global profile is greatly helped by the generally humanist behaviour of Christian-dominant nations in Europe and North America, who are standard bearers of the modern virtues of democracy, equality, liberty and the rule of law.

Nor is Zoroastrianism a threat. It has no global salience today even in its home — Persia (modern Iran) — from where 1,000 years ago the Parsis fled religious persecution by the conquering Muslims. They are refugees in India, who are more nationalistic than the original inhabitants, as is always the case with “new” citizens.

In contrast, Islam does not rhyme with modernity. It presents a strong, alternative sovereignty, backed by petro-dollars. It is increasingly more assertive globally. To be sure, moderate Islamic countries like Malaysia, Indonesia and Bangladesh under Sheikh Hasina Wajed demonstrate some virtuous democratic trends. But these are not the standard bearers of Islam. That honour goes to Sunni Saudi Arabia, Egypt or Turkey and Shia Iran, where there is a strong confluence between religion and the State. None of these countries shine if viewed through the modern lens of good governance, equality or liberty.

Allah has bestowed most of Islamic States with vast quantities of black gold. Only a ramping up of a combination of nuclear and renewable power, as the preferred energy source, can dilute the fiscal heft of this gift and weaken the pull of resurgent, global Islam. But this is unlikely any time before 2040.

The ever greening of Mandir-Masjid politics

This means that Hindu polarisation will remain politically attractive over the near future. The Ram Mandir and Rath Yatra political template, exploited by the BJP leaders from a gentler time — Lal Krishna Advani and Atal Behari Vajpayee — is likely to increase in potency.

This is the real problem for Narendra Modi. So attractive is the Hindutva path to political power, and so used are his followers to exercising dominant power, that it will be well nigh impossible to get away from the current high.

What next? Population counseling?

Expect a new population control law limiting all families to two children to follow the completion of a national population register. This will, while appearing fair and even-handed, disproportionately impact Muslims, who are more fertile than Hindus.

Left-leaning, secular intellectuals explain that their fertility has nothing to do with Islam; that Muslims are poorer than Hindus and it is well known that for the poor, constraining the family size is not a priority. This argument is salient. But a trope does not need a reason behind it to become popular. It is enough that it seems true.

It is therefore certain that Narendra Modi will go down in history as the Hindu leader who brought dignity and pride to a religion — which, like the white, blue collared masses of middle America — has felt neglected in its own home; ignored by its own, mostly Hindu, leaders; relegated to a residual status on which all the burdens of social compromise could be saddled. This ersatz “revivalism” is Mr Modi’s claim to a page in history.

Triumphant revivalism out of sync with the times

But how sustainable is such shallow religious revivalism without a cleansing of the embedded barriers to organic consolidation? An excess of rituals over substance has created a curious disconnect between the modern demands of a scientific temperament and equality of opportunity versus the deification of ancient religious hierarchies. Changing norms are androgenising society and re-shaping global allegiances, while contradictions afflict traditional roles and relationships — not least between men and women, the rulers and the ruled, patrimony and dissent and the aged versus the youth.

It’s no longer politically correct to demonise dalits, and the law punishes those who should dare to do so. But ask any dalit how free and equal he or she feels, and the answer will surely be — not fully empowered, yet. The good news is that the hope for a better future accompanies dissatisfaction about the present.

Similar misconceptions and shibboleths about race, region and language divide our population deeply. Customs and norms which encourage preservation of genetic purity lie hidden under the more acceptable mask of cultural affinity. Underneath deep-rooted biases grow and fester.

Mr Modi’s true legacy should lie in being the liberator of the Hindus from the shackles of self-doubt. Doing so would require that all Hindus acquire equal opportunities. But in achieving this objective lies the certainty that Hindu society will cease to feel threatened; become universally confident, open to external influences and thereby cease to be a narrowly focused religious, pocket borough.

Mr Modi might never see the fruit of his labours, even though at 69 years he is a mere spring chicken compared to the average age of 85 years that 12 of the 14 previous Prime Ministers enjoyed till their natural end.

“Where do u go to my lovely when you are asleep in your bed ….”

But surely it must torment Mr Modi, in his sleep, that the tortuous political process of Hindu consolidation — started by the Advani-Vajpayee duo in 1992 — and refined into a fine art by the Modi-Shah duo — can only end in its own disintegration.

Dominance breeds decay. This is the path Christianity trod. This is the path Islam is on today, with fundamentalism breeding distance or tacit rejection among some of its 1.2 billion followers. Surely a disquieting prospect for Hindutva afficionados to look forward to.

Adapted from the authors opinion piece in The Asian Age January 6, 2020. http://www.asianage.com/opinion/columnists/070120/modi-legacy-what-the-future-holds-for-india.html

One thought on “Modi’s Legacy”