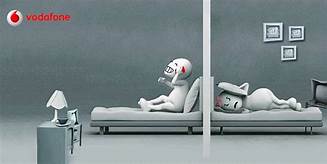 Some babies never grow up.  Vodafone Idea is one such fat, old, baby which is now crying for help. That the agreements for Telecom Licensees are badly worded is obvious from the unintended Kafkaesque consequences emanating from the strict legal interpretation by the Supreme Court.

Sadly, this is not the first instance of regulatory failure. In 2012, two mega power plants owned by Tata Power and Adani in Mudra, Gujarat, based on coal imported from Indonesia, became unviable because the Government of Indonesia imposed a minimum export price, which increased the price of power generated from the Rs 2.25 per unit approved in 2006, through a bidding process, to Rs 3 per unit.

Overruling the objections of the purchasing DISCOMs, who rightly pointed to the water-tight Power Purchase Agreement (PPA) they had signed, the Central Electricity Regulatory Commission allowed a partial pass-through of the additional fuel cost. But this was subsequently overturned by the Supreme Court in 2016.

Subsequently, a committee of the Gujarat Government attempted a compromise in 2018 but to little effect. By then bulk power was in surplus because of demand contraction in a slowing economy.  The DISCOMs had no incentive to deviate from the letter of the PPA signed by them.

The result is stranded power assets worth Rs 40,000 crores – three fourths of which is bank debt with the inevitable downstream negative impacts on bank NPAs, growth and employment. 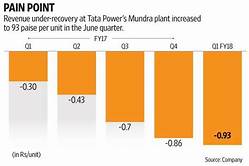 This sorry experience illustrates that the architecture of our utility regulation is moribund in its lack of commercial flexibility. The ongoing telecom snafu reinforces that impression. Regulators take seemingly hard decisions but get cold feet once the likely adverse consequences surface. Having encouraged Jio to disrupt the telecom industry, there is now little choice but to accept consolidation.

The government should have forcefully intervened with the Government of Indonesia in 2012 to grandfather previously contracted long-term contracts from the new minimum export price at the risk of endangering the regional supply value chains between India-Indonesia.

Alternatively, the mega power plants should have been nudged to declare bankruptcy. The ensuing resolution process would have thrown up new owners and options.

Instead, the government adopted a hands-off approach in 2012, playing to the fiction of there being a “Chinese wall” between government and large private industry. The result is that everyone – the founders, banks, employees and citizens have lost, whilst invested capital goes waste in Mundra, Gujarat.

The telecom mess is similar. It dates from 1999 when the fixed license fee was changed to revenue sharing. Licensees signed on to ambiguously worded conditions, willingly, says the Supreme Court, because they benefited from the change.

These are large companies. Some of them are public sector petroleum entities, which use the telecom License only for their internal purposes. Why self-use should qualify them for a preferential regulatory regime is anyone’s guess. Any of these could have got public sector banks to support the opinion that Licenses with an ambiguous revenue share agreement are not bankable.

None did that in their rush to start business. From 2001 spectrum was auctioned adding to the tax burden on the user. From 2010 spectrum for 3G and 4G was auctioned solely with the mercantilist objective of maximizing the revenue for the government, as implicitly deified by Vinod Rai, Comptroller and Auditor General 2008-2014 via his trend-setting, searing, critical audit reports, of previous spectrum and coal mining auction practices. 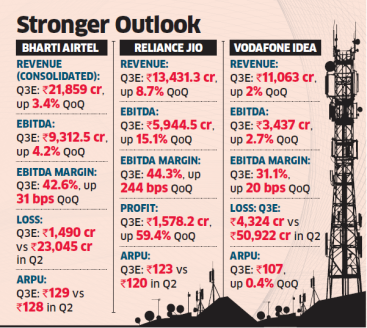 Airtel is weathering the storm better than Vodafone Idea. Jio is making hay whilst the regulatory Sun shines. It starts from a virtually clean state whilst the incumbents must clear the accumulated arrears since the License date around 14 years ago, pursuant to the 2011 when the Supreme Court first upheld the revenue share agreements and possibly even interest and penalty thereafter.

Greedy utility owners are responsible for the mess they are in

Let Vodafone-Idea sink, as war hero Winston Churchill did in the post-World War II election in the UK. India’s top 200 companies will become competitive only if they are forced to play by the rules – not write them.

Had public sector banks refused to lend to Adani and Tata in 2004 for the Mundra mega power projects unless the PPA signed by them specifically provided for tariff adjustment to account for changes in overseas tax (as it provides for domestic tax changes) on the imported coal, the assets would not have become stranded.

Similarly, had the bankers of the telecom companies refused to lend in the absence of an explicitly structured formula for sharing of the aggregate gross revenue, today’s telecom meltdown could have been avoided.

Rid Indian utilities of “perpetual” babies who refuse to grow up

This makes two sets of “babies” which need to be junked. Junk utility service providers, who fail to insure against the risks they face. Also, junk the banks who collude in shoddy due diligence. Could such unprecedented, strong action destabilize the market?

Electricity in surplus – best time to shake out inefficient capacity

In electricity, the coal-fired mega power plants are relatively greener than the 15 GW fleet of two-decade-old ones which should be phased out. But adding coal generation has been substituted since 2015 with the urgency to ramp up renewable energy and gas-powered generation, to reduce the carbon intensity of incremental economic growth. 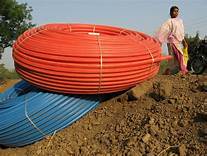 The Indian telecom market is just 2.5 per cent of the international telecom market. Even if Vodafone Idea shuts shop, Bharti-Airtel and Jio are enough to Tango. Telecom is a capital play with no space for minnows.

The prospect of rapid growth in the poor but populous Indian market is exciting versus saturated markets. But in the fast-moving digital world add-on, specialized services are where the value proposition lies. Here, light but deft regulation is key to avoid either of the two incumbents misusing their control over the wires to stifle business innovation.

Hoard TRAIs regulatory gains – tariff forbearance is one such

The forward-looking regulatory policy of forbearance, adopted by TRAI since 2002, must not be abandoned. Customers like the fact that they have benefited from price competition. Reversion to an intrusive, cost-plus tariff regime merely to protect the weakest incumbent is regressive.

Every service has a notional minimum user charge. But it should be voluntarily owned by the service providers themselves based on the avoided regulatory cost of stiff penalties for failing to provide quality voice and data services, where standards have slipped.

It’s a harsh world out there. If hire and fire is the operative credo going ahead for workers, why should it be any different for owners?