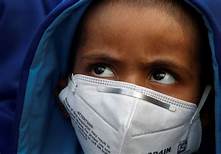 The bad news emanating from the slowing Indian economy over the last two years makes it counter-intuitive to imagine that COVID could be a blessing in disguise for halting the slow grind downwards.

A crisis is also an opportunity

COVID is a crisis and India – all of it- including whataboutery experts, cynics and most especially our bureaucracy tend to respond well to a crisis, with a hands-on-deck type of resolve.

Focus on the essentials

COVID brings into sharp relief who the primary beneficiaries of public assistance should be. No, it is not the organized sector – hotels, airlines, entertainment and travel businesses facing a slow-down – despite them being the first to raise a clamor for a bail out and loan waivers.

It makes little sense to preserve employment by benefiting corporates over a prolonged slow down. It is as futile and costly as the RBI trying to keep the INR over-valued to keep imports (particularly oil) cheap and exports expensive thereby killing Indian industry.

Cash assistance must be targeted instead to anyone in an urban area who does not have a salaried job or who had one but has been laid off by the enforced slowdown in an already slow economy and has negligible amounts in her bank account.

This large community of COVID’s economic refugees are tough to identify. They comprise both the self-employed and those who lose employment as the domestic service sector industry sheds jobs to reduce costs.

The COVID slow-down will last at least for the next six months till December 2020. Many casual migrant workers will head home to their villages to sit out the slow down as they did during demonetization. In rural areas the existing schemes of MGNREGA must be expanded to provide income earning opportunities.

But around 150 million workers are permanently settled in urban areas and have no “return to the village” option. Of these around 100 million have salaried jobs – corporate, service establishments or house help. Most are either secure or have savings to bide them through the next six months. The rest depend on daily work and three fourths of these are men. It is this set of 50 million who will need to be sustained till the economy recovers to 5 per cent annual growth – hopefully sometime in 2021.

Of these, the very young between 16 to 30 are the ones most likely to be laid off. They need to be absorbed in alternative paid casual employment per their skills. They can be used to boost the existing public human resources for managing COVID like for community monitoring or crowd management. Out of work home deliverers could turn emergency responders to coordinate getting patients to hospital. Women could work additional public services call centers or tailor relief materials, including from home. Community surveyors could identify vulnerable households, thereby breaking through the grim anonymity of urban life.

The search for INR 1.4 trillion in depleted public coffers

So where will the money be found – around Rs 1.4 trillion over six months – to provide 15 days employment per month to 50 million urban workers?

If the government contributes the first months requirement of Rs 225 billion (this being the additional amount it earns per month from a drop in the import price of oil from $60 to $30 per barrel assuming retail prices remain constant) the burden in subsequent months can be shared by public spirited corporates or trusts, the most well off of whom got a tax reduction bonanza starting in this years budget.

Imagination, not money, is in short supply

But more than the money is the need for an imaginative short-term social impact outreach program which goes beyond wasteful print and TV advertisements.

Participation in such socially useful work – possibly for the first time – might transform some of the 115 million urban Indians between the ages of 15 to 30 and give them new social purpose and a sense of achievement.

The close association of religious organizations should be encouraged in this pan-Indian urban endeavor to explore the hitherto neglected soft, social purpose jobs as useful building blocks of national development.

The ubiquitous Khalsa Aid comes most easily to mind for the succor it provides to the hungry. The erstwhile community mobilization by RSS shakhas is sadly less visible in good Samaritan initiatives since a BJP government came firmly to power in Delhi and in many state governments.

Mosques and Churches are traditional centers for social activities and should be co-opted to say no to COVID but yes to social support for those affected, physically or financially, by the imported scourge.

COVID can become an opportunity to explore what our unemployed youth can do for their communities. In the short term it must be publicly funded and managed for a quick response. But the hope is that these programs will not just peter out and die six months later. Instead, innovative social impact private financing will carry through and provide the institutional base for using the soft skills learnt during the emergency period.

The COVID downturn a dress rehearsal for the jobless future 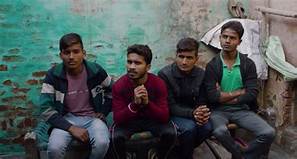 The future promises fewer factory and organized service sector jobs as efficiency enhancing automation beats human capital in repetitive tasks. The human skill sets which will be the ones most in demand are those of empathy and sensitivity to the irrationality of human behavior and the domain-based expertise to define systems which provide a rational institutional response to human frailty. Think of how well “comfort dogs” do to relax and de-stress travelers at busy airports and you will get the picture.

Amidst all the rushing around, which is commonplace today, as a proxy –  albeit a bad one – for efficiency, lies a still and quiet core of competence which draws from the relentless drive of achievers to make a difference – no matter however small. No automaton can do that. Only humans can. We should try and do that during these trying COVID times.