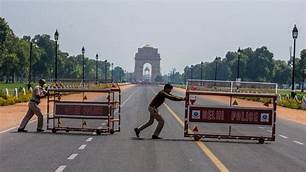 Governments reveal their true character under stress. China, by design or accident, showed the world how national interest comes first, by ruthlessly stamping out the disease within Wuhan itself – at a high and possibly underreported, cost to the folks who live there.

The US, a leaderless, rabble today, floundered its way through the pulls and pressures of competing demands from business friendly Republicans, urging a fast return to normalcy to reduce their losses versus Democrats intent on using the havoc to finger mismanagement by the Trump administration in the forthcoming elections.

India – a continent ruled by a select few

India displayed its continuing lack of national purpose. First, like the US, our government did not take the threat seriously, even though the Government of Kerala went into full epidemic management mode from January 30 – the day the first case was identified there.

The rest of us hid behind the nonchalance of the World Health Organization, which in turn waited for two months till China – the new pole geopolitical power – had stabilized Wuhan in early March, before pressing the alarm bell. By then the epidemic was well on its way across the Globe.

It is no secret that the Modi government privileges international branding over substantive domestic achievements which are unlikely to make breaking news on Fox or CNN. It believes, like China, that information “Ponzi” schemes -keeping inconvenient facts underground – can make them go away. It did not work during demonetization. It fails to convince that India’s official growth and employment rate is not exaggerated and yet again that we excelled at COVID management.

No place for specialists in public decision making

Had we started “red flag” identification, isolation and treatment of infected individuals and local containment of hot spot clusters alongside Kerala, the all-India shut down (a death trap actually) would never have been necessary – reducing the economic shock and individual misery.

Waiting on His Royal Majesty – Trump

Waiting for President Trump’s visit to end cost us at least $ 150 billion – in lost real growth of 5% in FY 2021 (the best case is flatline growth) and $16 billion in lost tax revenue, not to mention the additional $1 billion worth of weapons we had to buy from him. Happily, however the World Bank has obligingly balanced the “bhai khata” (account books) by sanctioning a similar amount of $ 1 billion for health services.

Playing in the Big Boys pen is expensive

Playing in the Big Boys club doesn’t come cheap. But it is no different from our forays for international affirmation since 1955 as leaders of the Non-Aligned Movement in Bandung or similar initiatives since- always boxing well above our domestic weight.

Sadly, we remain a highly centralized, top-down administration as affirmed by the COVID saga. Local governments and administrations – the designated first responders, failed – except Kerala – to sound the alarm. They failed again to provide food and daily necessities for those, trapped like rats, inside their homes or the warren like alleys of slums.

The National Disaster Management Authority, operational since 2005 remained invisible till March 24 when the PM, as its Chairperson, announced the nation-wide lock down.

Befuddled administrations across the three tiers of government, resorted to medieval tactics like pulling up the draw-bridge and locking the gates, assuming the disease was a foreigner. It was not.

Globalization ensures that in less than twenty-four hours a virus is transported across the world. Bolting the door after the virus has entered only keeps doctors and treatment out resulting in more prolonged infusion of the virus.

Nothing illustrates the potential toxicity of a “lock-down” more than the personal human cost the Tablighi Jamaat self-inflicted because of its insular way of life. Sadly, they also spread the disease widely in their zeal for organized Islamic missionary work.

India is rife with medieval sects and beliefs. Our impractical attachment to a “mosaic” of cultures and religions, sans a common commitment to respect the rights of others, whilst fulfilling ones won cultural or religious duties, makes India a tinder box for pandemics.

Government in a panic to find easy quick fixes

Panicked governmental responses continue often abetted by potential agendas. Consider the new restrictions imposed on foreign direct investments from our neighbors into India- primarily targeting China. This will please the United States which is in an apoplectic fit of “Sinisitis”. But whom else does it help?

Chinese money is green as the US$ – why stop the flow?

With portfolio outflows of nearly $48 billion in recent months, India needs all the FDI it can get. Why should India stop Chinese banks from buying up Indian non-strategic assets like business companies or banks?

Indian business has grown fat with little skin in the game. The inability of the bankruptcy resolution process to recover enough amounts from NPAs illustrates the hollowing out of Indian corporates.

If China wants to buy financial assets like Housing NBFCs or Banks, pump in money to restart stalled projects, through loans to Chinese infrastructure developers, why is this a bad thing?

COVID can easily become an excuse to throw good money after bad. Highly leveraged companies should be treated like COVID cases – suspect unless they can prove otherwise. Deleverage or sell-out must be the mantra.

Debt boost and fizzy markets are a Ponzi scheme

The excesses of 2009 showed how dangerous pumping an economy into shape with hot air (debt) can be. Despite a helpful decline in oil prices from 2014 onwards, six years on, we are unable to achieve sustainable fiscal stability – a Fiscal Deficit of 3 per cent of GDP. Easy money sparks a corrosive cycle of easy virtue.

The easy “big ticket” solution is to socialize the losses of private industry and hope life somehow “trickles down” to the rest. We did this in 2009. It worked for business, the middle-class and the poor. But public finances never recovered from this profligacy. This time around we are running on empty with a real fiscal deficit of 5% and excessive leverage to boot- Rs 1 trillion of current (revenue) expenditure is met from fresh debt.

COVID has paralyzed always fragile urban India. It slashed “half-decent jobs”, industrial productivity and urban demand. The HAT businesses – hospitality, aviation and tourism – are the worst hit and will take the longest to recover.

An estimated 25 million migrant labor have been forced by the lock down into unemployment with no back up assets or social security.

Even Mukesh Ambani – India’s richest man – was not spared dropping to 19th position in the global billionaires list – behind Mackenzie Bezos – after her divorce settlement.

50 million investors in the Indian stock markets have lost $ 400 billion in notional value. Half a million flats lie unfinished whilst their middle-class buyers continue paying EMIs to banks even as the realty developers who defrauded them party as before.

Choosing whose losses are socialized will determine the class character of this government and the tenor of the Bihar elections in November this year. Will government redeem the pledge Prime Minister Modi made to the poorest 40% of Indians whom he adopted as his family on April 14 this year?

3 thoughts on “Unpacking India’s response to the COVID aftermath”