Posted on September 10, 2014 by Sanjeev Ahluwalia 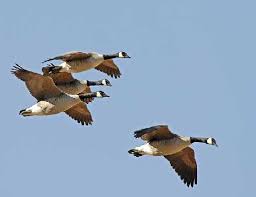 97.5% of Delhi residents live in urban areas, many in slums. All 17 million of them live within an area of 1500 square kilometers. Travelling from end to end, despite the horrendous traffic, takes just two hours on average. There are five Municipalities (including the Delhi Cantonment Board) to look after their comforts. In addition, the Union Government itself directly manages Policing, Jails, Urban Development, Water Supply and the Metro Rail-which is fast becoming the life-line of the city. More than 75% of the available beds are in health facilities owned and managed either by the Municipalities, Union Government or non-state and private care-givers. It is not clear what value the State Government adds.

We do know however that the Delhi Government spent around 2.5% of its revenue expenditure or US$ 68 million (Rs. 1500 per household) in 2013-14, just on feeding its top heavy administrative architecture– the Lt. Governor, Legislature, Council of Ministers, Secretariat administration, District Administration and financing of elections, none of which can be directly traced to tangible outcomes which benefit citizens.  This does not include its expenditure on useful things like jails, police, the judiciary, social sector programs, infrastructure, economic empowerment and some less useful things like spending 4.6% of its revenue budget (US$ 179 million) as subsidy on the supply of electricity to its pampered residents, who buy power at between 4 to 10 cents per kWh.

Delhi became a State Government in 1992. In the two decades since, the government has precious little to show for its efforts beyond a spanking new Secretariat building, stadia, flyovers and roads courtesy the Asian games earlier and more recently, the scam ridden Commonwealth Games. The State Government sits awkwardly between the Union Government, which quite naturally is loath to give up hands-on control and the Municipalities, which remain marginalized. More fundamentally, loading Delhi citizens with three levels of government is just more “babugiri” (bureaucratize) than an average citizen can handle. It is also an extremely wasteful way to govern a city.

Prime Minister Modi’s pet theme is “co-operative federalism”. But federalism must not stop at the level of governments alone. True federalism is the empowerment of local, grass roots, direct democracy where citizens play an active part in governance, especially in a relatively homogenous and rich city-per capita income in Delhi is the highest in India.

PM Modi would do well to articulate the “co-operative federalism” vision as a sharing of prosperity. As a part of this sharing, he should initiate a dialogue with state governments to let loose the Big Five Metros of Delhi, Mumbai, Kolkata, Chennai and Bangalore comprising 6% of India’s population from the “drag” of the underlying state level administration. They must be set free to chart their course independently under the Mayoral system like London or New York.

Urbanisation in India could conform to an adaptation of the “flying geese” model of industrialization in East Asia propounded in the 1960s by a Japanese scholar-Kaname Akamatsu. As a city matures into a metro, it must graduate out of direct state government management and support, which should divert its energies to less developed cities and areas. The logic of cities, particularly megapolises, is that their size and scale makes them supremely viable; generates “agglomeration economies” which is loosely similar to the concept of “network efficiencies”; creates well-paying jobs; provides better facilities for citizens and encourages a plural, meritocratic and modern society.

McKinsey estimates that the Big Five Metros in India together contribute at least 35% of the national GDP. Their share in high value jobs would be even higher. More importantly, the World Bank assesses that better management, infrastructure and facilities in Metros has a significant multiplier/spill-over effect, catalyzing rapid growth in a 300 km radius around each city. Recent data indicates that population growth in the Metros is slower than in the adjacent intermediate cities. Migrants vote with their feet in search for jobs. Whilst cities have significant agglomeration benefits these tend to peter out by the time they become Metros. Rent and wages increase responding to scarcity of land and labour. Land intensive and sunset industries tend to get pushed out. More importantly the returns to realty development lie in turning hitherto peri-urban areas into cities. This is another reason why the “ripple effect” of freeing Metros could be politically attractive for the political elite in state governments.

This means that whilst State Governments would lose direct management control over and revenue from the Metros, they would gain from the additional revenues generated from economic growth and jobs beyond the Metros. Managing large cities is best done by stakeholders who have a direct and permanent interest in the city. These are usually commercial interests who have a locational advantage in being there and home owners. Municipal management allows both groups to be dominant in decision making, via their tax contributions, in a more direct way than is possible under fuzzy state government control.

The fiscal devolution formula determined every five years by the Finance Commission is weighted in favour of poorer states. By hiving-off rich cities from their budgets and their higher levels of development from their score cards, state governments could lower there development ratings and hence benefit through a higher per capita devolution of central finances. The Finance Commission is also veering towards incentivizing states which help themselves by raising incremental revenues and improving performance. This means that states which lower their base level development benchmarks strategically by hiving-off developed cities, would find it easier to earn incentives. All this “gaming” could further dilute the pangs of separation.

How is this proposal likely to pan out politically? The BJP and its allies, like the Shiv Sena, with their strong urban, voter base, are likely to benefit from autonomous Metros. Regional parties, where there is a strong bi-polar power distribution today, as in Tamil Nadu, may also see some value in potentially avoiding the “winner takes all” default option today.  In West Bengal, hiving off Kolkata may appeal to all parties; the CPM, with its rural base, shouldn’t care; nor would the Trinamool, since they seem to be default successors to a dormant Congress. In Karnataka and Delhi, Metro separation can give impetus to “disruptive innovators” like the AAP and other clones, possibly led by the IT kings of Bangalore, which seek to build an alternative “non-political alliance” to the more traditional political parties.

Developing 100 SMART cities is a good move aligned with the philosophy of “co-operative federalism”. But even smarter is letting loose the Big Five Metros (BFM); Mumbai, to rival Singapore as a financial hub; Chennai to rival Hollywood and Chicago rolled into one as an arts and engineering hub; Kolkata to rival Hong Kong as the entre port for Nepal and China; Bangalore to rival Silicon valley and Delhi to rival Washington. The political fall-out of State protests is manageable and can be diluted with grants, to hold state governments harmless. The growth and jobs consequences are positive. The profiling of the Big Five, as public management innovators, can be rewarding. The “soft power” effect of the consequential reforms strategies can make a compelling story for the rest of India.

Change and reform is best implemented when it can be benchmarked nationally. The BFM, sprinkled across the four main regions of India, can show the way on tax reform; “value for money” investment management; responsive service delivery and performance-oriented human resource management- all of which are key constraints today.