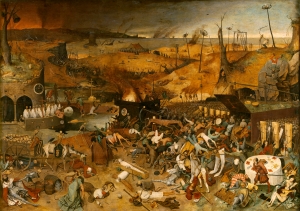 To everyone’s relief, the Governing Council (GC) of TERI appointed a new Director General to replace Dr. R. K. Pachauri (RKP). Seemingly, it was moved to act in response to a lower court ruling staying the operation of the findings of the Internal Complaints Committee (ICC).

The law at work…and play

The Committee findings must have damned RKP, which is why he agitated the matter in court. The stay was based on the evidenced argument that principles of natural justice were not followed by the ICC, thereby disadvantaging the respondent (RKP). Hearings on the issue will continue. But the practical outcome was that RKP resumed work. He had voluntarily proceeded on leave, when the criminal complaint was lodged. There was no legal bar on his rejoining albeit, rather awkwardly, having to operate away from the Head Office and the Gwal Pahari campus, where the complainant works.

The GC which includes luminaries from the business word, academia and government had little choice but to end this Kafkaesque comedy by choosing a DG to take operational control of the institution. In doing so they wisely acted in compliance with the highest standards of corporate governance. No employee should even potentially be able to directly or indirectly use her position to compromise the due process of law.

A professional and a gentleman

Their choice of the new DG-Dr. Ajay Mathur, an ex-senior employee of TERI, is impeccable. A multi-talented engineer (like RKP) turned environmental and energy efficiency policy wonk, with a stellar track record- he has the advantage of straddling both the real world of green technology and the more rarified world of economics and global climate finance.

The ongoing case of sexual harassment against RKP will carry on. Given the convoluted judicial process we follow, the “truth” will likely emerge only in the mists of time, long after the media has lost interest. But four home truths bear attention in the meantime.

First, even our most recent laws lack a comprehensive world view. The 2013 amendments to the Indian Penal Code and the new act extending protection from sexual harassment in the workplace, only protect women. As a first step this is unremarkable in a world dominated by men in powerful executive positions.

But powerful men sexually harassing male subordinates is not breaking news. Why a similar avenue for redress in the workplace should not be available for harassed men is unclear. It shows a tendency for legislators to react to populist vigilantism and not from deep conviction that sexual harassment is an infringement of the workplace rights of any employee.

Second, draconian laws do not a more caring or equal society make. On the contrary, draconian laws to protect human rights coupled with a judicial process which lacks the advantage of speed and suffers from an excess of procedural compliance, is a sure recipe for gaming.

In such institutional environments- like the US- the advantage is invariably with the unscrupulous; the rich and the wily. The outcome is a high incidence of miscarriage of justice. This is also the argument against irreparable damage imposed by the State, as in the case of the death penalty. India would do well to abolish such arrogant assumptions of judicial infallibility.

That we need to do much more to protect basic human rights, including the specific case of women, goes without saying. But nuance, granularity, comprehensiveness and proportionate disincentives are the corner stones of good law.

Third, bad laws lead to perverse outcomes. Take for instance the outcome of the 2013 laws. Male Chief Executives now implicitly discriminate against hiring women to work in their personal office to guard against inadvertent transgressions of the law. This discrimination can be neutralized if there was similar protection for male subordinates from a harassing boss. The gender preference for male executive assistants would narrow once the risk of inadvertent sexual illegality is equalized. But a narrow legislative view on the sexual harassment of only women, never created the space for such balancing mechanisms.

Fourth, is it time that India prescribes quotas for women in power? Moving to a more gender equal world should be a priority.

(A) All government quotas for jobs, promotion or education should have a gender component. This will address the incentive for discriminatory resource allocation to males per the traditional gender roles within the family.

(B) Political parties should be legally bound to field an equal number of women candidates for elections as men.

(D) All state owned enterprises and banks; Public Private Partnerships and companies in which the government is a significant (26%) shareholder should be required to publish a gender breakdown of employees by levels/grades with the intention of reaching gender parity, unless special circumstances apply.

(E) The July 6, 2015 judgement of Supreme Court Justices Vikramjit Sen and Abhay Mohan Sapre amends Christian personal law to allow an unwed mother to be the guardian of her child and thereby “legalize” the child’s parentage. The SC Justices based their decision on the generalized principle that in a secular country, religious practices can be divorced from law if they transgress human rights.

Similar progressive changes must be made in the personal law of communities to erode the legal dis-advantages women face in exercising their right to family property, inheritance and maintenance.

The legislative approach to gender parity is no more than a flag, signifying that India is responsive to international trends. We need to detox formal and informal Institutions which perpetuate gender discrimination. Death by a thousand cuts is the way to go.