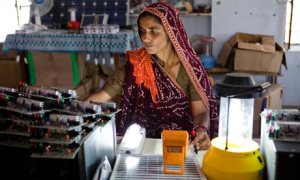 The appointment of the president of the Film and Television Institute of India (FTII), Pune, is taking on the epic dimensions of Satyajit Ray’s Ganashatru.

Gajendra Chauhan, the new president, is no enemy of the people. But the students seem to be right in resisting the government’s attempt to foist a minor film personality on them. Compared to past presidents, the present appointee is a wafer-weight.

India produces around 1,600 films annually, which gross $2 billion on 2.6 billion tickets sold. Other revenues are additional. The nexus between undeclared wealth, films, drugs and over-the-top living is tighter than a two-person lift crammed with six. Despite the sleaze, visual media and entertainment is where the world is headed. We should join the race to the top.

The Nalanda University is an innovative public-private partnership. It created breaking news recently, not for its academic standards, but because the celebrated academic and Nobel Laureate Amartya Sen went public, that he was nudged to resign from the post of chancellor and chair of the governing council, thereby drawing attention to the pervasive power of the government to manage public institutions by proxy.

How should Chauhan and Dr Sen have behaved in the public interest?

Chauhan should have recused himself in the face of the student protests. If he feels the agitation lacks depth or is politically motivated, he could offer to conduct a referendum amongst the students, a la Alexis Tsipras in Greece, to prove his support.

Dr Sen’s public criticism, albeit carefully evidenced, of the “Gujarat model of development” — closely linked to Prime Minister Narendra Modi’s prowess — was sufficient to put the new governments back up. But he didn’t stop at data. He followed up with a weaker and more political attempt to tarnish the government’s credentials.

He publicly and pointedly rejected the parallel drawn by Narayana Murthy of Infosys between, the 1984 anti-Sikh riots and the 2002 “Godhra” anti-Muslim riots, as the consequence of misguided abdication of responsibility by political parties in power. By seeking to instead distinguish between the two horrors, Dr Sen wore his Congress affiliations on his sleeve.

In the event, the right thing for him would have been to resign from Nalanda on the grounds that it was against his conscience to work with a government he despises. By not doing so, he weakened his moral stand.

The last thing Mr Modi needs is disquiet in the higher echelons of the skilling establishments. The demand for skilling for employment is estimated at 425 million people over seven years till 2022. The available capacity is only seven million. India has a network of around 14,000 technical training institutes. What it does not have is a network of 100,000 leadership level professionals trained to manage this massive effort.

Existing initiatives in that direction seem disoriented. Why should one need a university for skilling — reported as one of the intermediate steps the government intends to take? Training trainers is the easy part. The really hard part is to link each training establishment to its natural market for skills with an eye on outcomes (employment) not outputs (the number trained).

The private sector can best fill the skilling gap. The information technology industry did this to grow and continues to do. Old economy companies in steel, cement, chemicals, engineering and construction are less willing to fund this public good. They complain that trained employees leave for better opportunities and skilling becomes a never-ending drain on company resources.

Old economy manufacturing is struggling under the twin challenges of squeezed margins due to domestic and imported competition and the large-scale migration of skilled workers overseas.

Mr Modi has astutely adopted this challenge as an opportunity. His proposal is for India to become the workforce supplier of the world. Presumably the idea is that the swelling inward remittances — $80 billion and counting — from overseas Indian workers is adequate compensation versus the cost of publicly funding the skilling effort.

Skilling is a public good but with strong private good characteristics. Displacement of worker skills from one company to another is not a net loss to the industry but an inter-company transfer. One company’s loss is another’s gain. Skilling costs should be borne by the respective industry associations — Confederation of Indian Industry, Federation of Indian Chambers of Commerce and Industry and Associated Chambers of Commerce and Industry of India — from funds created for the purpose based on member subscriptions and donations.

But there is also a case for partial public funding. Worker skills transferred by migration to a foreign economy are a net loss for Indian industry but helps the country’s external finances via remittances.

This justifies some public funding also for skilling.

The elephant in the room is not the amount of money to be spent nor the number of skilling opportunities. These are manageable with good leadership. What is more difficult is getting the maximum bang for the buck. Spend on skilling should result in people getting employment.

The option to encourage workers to migrate flies against the wind. Borders are increasingly closing to migration as the world economy winds down. Labour shortage in the developed world can be envisaged in future. But for every job available there will be 10 applicants from developing countries in queue. Add to that the fact that workers from compatible cultures and those who speak the language fit better and Africa will have a head start on India.

No, the real elephant in the room is that there are not enough jobs available for skilled workers in India. The desire to become highly skilled wanes if one is to subsequently while-away the hours at nukkads (street corners) scanning the “wanted” advertisements.

Adapted from an article by the author in Asian Age July 20, 2015: http://www.asianage.com/columnists/skilling-gap-252