Star Wars episode VII tells it like it is, in reel life. The small guys — with fire in the belly and a higher moral purpose as their force — always win in the end.

In this universe, big is evil. Thomas Picketty, the celebrated French economist, agrees. The bigger you get the further behind you leave most people. Just a handful hoarding wealth can’t be good and it isn’t.

India has a long tradition of the government trying to protect small guys against the big guys. Our post-colonial mindset and our laws pretend to penalise the rich and big business. In actual fact, they work against the middle class and the poor. To make things worse, government has been pretty poor at doing the things rich people and big business could do, like investing in infrastructure and creating jobs.

The government in China manages to do this. But the government there has some advantages: The tight social compact between it and citizens and its credibility based on sustained growth, increasing incomes and improving lifestyles. Higher levels of homogeneity help.

In real life, of course, being big is often an advantage. Teenagers will agree instantly. Older folk may not be so sure. A great body with bulging muscles looks awesome at 19. But as the 40s kick in, things begin to sag and get lumped around as useless weight. Nations are no different. India is a big, old nation with a governance history and systems developed over the last 500 years. It is unsurprising that it is flabby today.

Technology enables and often induces a higher degree of centralisation today than ever before. In earlier times the bigger an empire became, the more loosely were the far reaches managed. It took the British force, marching up from Calcutta, three months to relieve the siege of the Lucknow Residency in 1857.

Today a trained and equipped special force can reach a trouble spot anywhere in India within a day. Things can be monitored in real time, across enormous distances, providing early signals of “hot spots” or flashpoints for potential trouble. Social media has created a new, real time, citizen-centric information ecosystem. For every two Indians there is one mobile connection. Of these 20 per cent are smart phones. Within five years there will be as many mobile connections as Indians and 60 per cent of these will be smart phones.

Standardisation is another advantage of centralisation. Education, health, products and services all reflect the “Big Mac” effect — places change but the service remains the same. This is very attractive if you are a fan of robotic life. It also reduces the cost of doing things.

But there are problems which come with big, centralised empi-res. One problem is how to manage the concentration of power at the top. Humans have coped with inequity for generations. But “glass ceilings” sap potential and deaden the desire to innovate and take risks.

Choice is at the heart of efficiency. Old, immigrant nations like the United States retain their mojo because people choose to become citizens; virtually no one is born to a job and everyone has a voice. China is also a meritocracy, though choice is limited there.

But humans are neither robots nor pets. We are honed to express our individuality, search for better alternatives, a better way of doing things.

In Star Wars terms, India is the good guy and China the bad guy. We are the small good guy. We cannot destabilise the world economy. China can. We do not have a history of flexing our muscles. China does. We don’t deliberately infringe human rights. China puts national interest above human rights. But we the inefficient small guy, unlike Singapore, Mauritius or Malaysia, whilst China is the efficient, big guy. 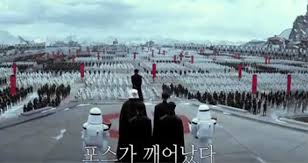 Large, efficient democracies are not born overnight. They are nurtured over six to eight generations. Ours is just three generations old. Our Constitution recognises that one size does not fit all. That is why it establishes state and local governments. Most state governments haven’t empowered local governments, partly because even their own empowerment is very recent. Smaller state governments work better than bigger ones. The shining stars are the five southern states, Punjab and Haryana. Gujarat and Maharashtra are the outlier, efficient, big states. The bigger northern and eastern states illustrate that size is a handicap especially if coupled with antagonistic social diversity.

Choice is embedded in our Constitution. But powerless local governments make choice a redundant option. Our nascent democracy makes us obsessive about potential threats to the unity of India. Destabilising threats from our immediate neighborhood heighten this paranoia.

Consciously dumbing down the Center to the bare essentials of sovereignty is the only way of making the big guy efficient. Empower state governments by transferring human development and social protection functions with the required financial resources. Make the transfers conditional to states empowering their local governments in turn. A cascading stream of resources empowering the smaller guys is the mantra for equity with efficiency. It is only then that India will become an efficient good guy, even as we grow bigger and bigger.

Adapted from the authors article in Asian Age December 26, 2015 http://www.asianage.com/columnists/small-guys-always-win-373