Posted on January 30, 2016 by Sanjeev Ahluwalia

The latest public “dog and pony show”, unveiled on Thursday in Delhi, is the selection of 20 cities across the richest 11 states of India for accessing the governments Smart Cities fund.

The near-complete exclusion of the poor “cow belt” states, except Rajasthan and Madhya Pradesh, can be explained by the need to first push public money to where elections are to be held in 2016 — Assam, Punjab, Tamil Nadu and Kerala — West Bengal being a surprising exclusion.

But what takes the cake is the inclusion of the New Delhi Municipal Council (NDMC), comprising just three per cent of Delhi’s area, which is directly administered by the Centre. The Central government owns nearly 90 per cent of the 44 sq km it comprises with marginal ownership in and around the prestigious Lutyens’ zone of power brokers, lobbyists, old-economy business people, big time realtors and other hangers-on of this rarified ecosystem — the Indian equivalent of the Washington DC Beltway.

Lutyens Delhi a lush, green bubble in the heart of the capital. photo credit: indiatravelite.com

The NDMC is already a profitable municipality, as indeed it should be. It spends over Rs 3,000 crore ($450 million) every year on serving just 300,000 people — a per capita expense of Rs 1 lakh ($1500) per resident, per year. Compare this with the average spend in the other three municipalities of Delhi of just Rs 7,300 ($110) per capita per year — all currently managed by the Bharatiya Janata Party. More starkly, the average spend for all urban areas, across India, is a shockingly low Rs 1,000 ($15) per capita per year.

Why is the selection of NDMC for yet another barrel of “pork” so disappointing? Three reasons strike out:

First, that this should happen days before the “reformist” budget expected to be presented by the Union minister of finance for 2016-17 is unnerving. The budget is, or should be, about spending public money well and wringing out the maximum public value from it. Allocating subsidies to the rich cannot be part of a pro-poor paradigm. It symbolises all that is wrong with a bureaucracy which is all “spin” and no heart. 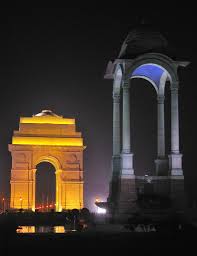 Second, the bane of China style “big government” has been soft budget constraints and poor accountability. Big budgets lead to profligate spending. Bureaucrats are more interested in shovelling money out of the public door into private pockets and marking up their “performance” sheets, than in ensuring that the money is spent in areas where growth and poverty reduction can most be impacted. The casual allocation of Rs 500 crore to the richest local body in India, with the highest per capita income, just so that it can shine even better, speaks of a pernicious tendency in new public financial management to mimic private finance by allocating money where it can be quickly absorbed, rather than risk it where it would create the maximum social and economic value.

Third, it is no one’s case that redistribution of wealth can be done by pulling down those who are well off. But Reserve Bank of India governor Raghuram Rajan’s recent diatribe against the lack of public concern about the optics of vulgar displays of wealth strikes a chord.

Lutyens’ Delhi is the “Kohinoor” of Delhi. A small self-absorbed bubble of power, privilege and wealth. One acre of land here costs Rs 500 crore and sales happen rarely. Why can’t the power elite pay for the privileges they enjoy? Why is it so difficult to convince the 4,000-odd large private property owners — each with a minimum net wealth of at least Rs 100 crore — to pay for retrofitting their beautiful municipality? Isn’t that what participative governance means? Why must poor Trilokpuri in east Delhi comprising the marginalised, poor and the shabbiest of public services pay for keeping Lutyens’ Delhi shining? 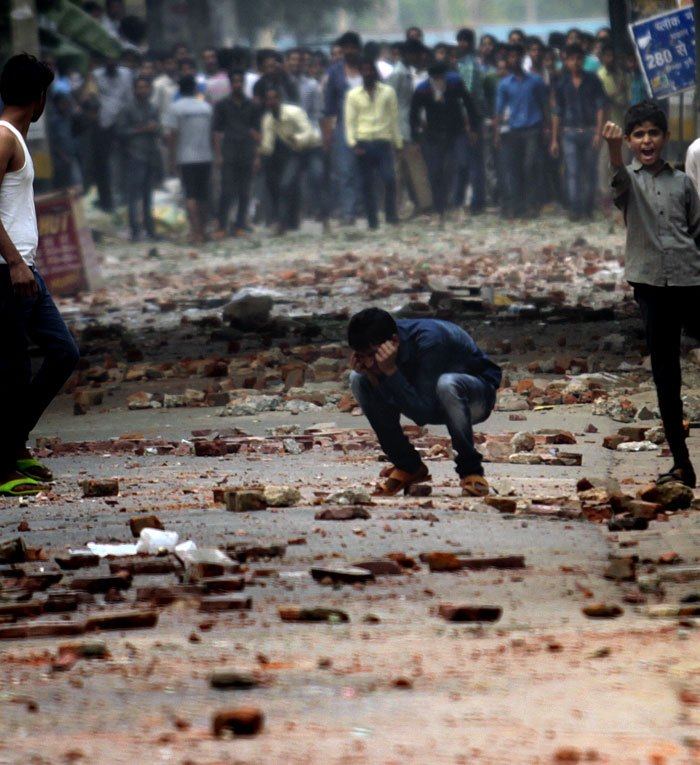 Had Thomas Piketty been part of the Smart City selection committee he would have torn out his hair in a fit of Gaelic rage at the callousness with which public money has been wasted and inequality worsened. What indeed was the selection process which has generated such a warped result?

The allocation instrument is a “challenge fund” devised by the usual suspects: Fly in, fly out consultants. As expected, on paper, the process appears transparent and efficient. It is a beauty contest. Municipalities send in their proposals seeking Central government funds for up to Rs 500 crore ($75 million) over four years. But they must match the Central government allocation and also meet the criterion of performance efficiency which includes standard metrics like collection efficiency, proactivity, etc. Nothing wrong with that at all. The killer is that there is no criteria on what impact the project will have on reducing urban poverty or on reducing the depth of deprivation in access to basic public services in poor localities.

Is it any surprise then that the Smart City fund is merely ending up elevating the “boats” which are already afloat? And how is that so different from the infamous National Rural Employment Guarantee Act (NREGA) of the United Progressive Alliance, which similarly incentivised the ability to use funds quickly? Rich states like Tamil Nadu, with average informal wages way above the national average national, quickly pulled out most of the funds, whilst the poor, badly organised states faced an empty treasury by the time they got their act together. As before, the mightiest wins yet again.

Political pork, lazy bureaucrats, the use of public funds for private gain by the elites is all old hat in India and across the developing world. Nothing new in that. The pity is that it needn’t be this way. The anguish is that old style cornering of public funds with no regard for ensuring equity, persists like a deep-seeded rot.

Prime Minister Narendra Modi of all people, should know the negative feeling generated from being excluded by the establishment. He must have experienced the chagrin of public money being wasted on “gilding the lily” whilst millions of poor children, like him, had to make do with a subsistence existence. Or is human memory so frail that one quickly forgets the bad times? Former Prime Minister Manmohan Singh was fond of establishing his humble roots by saying that as a child he studied under the village lamp post. But in the 10 years that he was in power, millions of children continued to study in exactly the same way. 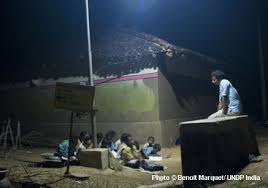 The preoccupations of the “Delhi Durbar” are pretty compelling. That is why they say you can wear a crown in Delhi. But don’t sleep easy — it isn’t permanent. 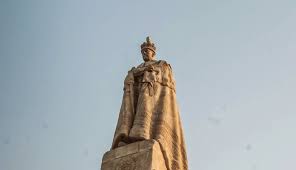 The lonely statue of King George V after it moved from under its domed canopy  in India Gate – since awaiting another incumbent-and relegated to a museum.

Adapted from the authors article in Asian Age January 30, 2016http://www.asianage.com/columnists/exclusive-cities-715