Utopian secularists are in convulsions at a “yogi” becoming chief minister of Uttar Pradesh. Of course, they have cause to worry. It does not help that Adityanath Yogi, as he now calls himself, has a history of political activism. Can he change his spots and rule equitably? Only time will tell. 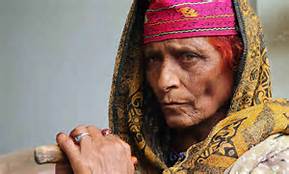 Secular Hindus – a minority themselves, and the religious minorities – particularly the Muslims- rightly fear even an implicitly theocratic state. The constitution specifies a secular State via an amendment in 1976. But there are no specific safeguards.

But all those who don’t subscribe to the Hindutva theology are bound to be fearful. And mere hope is not sufficient reassurance. The real question is why do we not have institutional safeguards to avoid an adverse outcome? Why are constraints on theocracy not specifically provided for by our Constitution and enshrined into workable instruments in our laws?

We kicked the communal “football” down the road in 1947

Pandit Nehru’s first cabinet had two Muslims and a Sikh as lip service to pluralism. But raw decision making power – in finance or in internal security, has never been out of Hindu hands – quite naturally, since close to 80 percent of India is Hindu.

We should have known better. We have reached the natural culmination of where we have been headed since the formal adoption of a democratic architecture.  There have been early signs. But these were ignored because they largely never affected the elite. That one-fifth of Indians remain wretchedly poor shows that democracy has managed inclusion very badly. The status of women is another example where democracy has failed to translate into equity.

Oddly, the Yogi, as CM, is a step forward towards reconciliation

Odd as it may seem, we should welcome that the BJP has chosen pick Adityanath, the practising head of a mutt in Gorakhpur, as its chief minister. It would have been strategically better for the BJP to fudge and appoint a backward caste leader and continued to play the “game” of “political correctness”. That the BJP chose not to do so serves to highlight the existing yawning legislative gap between principle and practice. After all, the problems of Indian democracy can never be resolved unless we all speak and act from the heart, within the limits of the law.

Much of the angst against Adityanath is drawn from the colonial “brown sahib” culture of political correctness. This culture privileges convention and process versus the outcomes of law. Examples abound. Brown sahibs believe that due process must be adhered to. Never mind that, in doing so, a poor applicant or litigant can get beggared into giving up the fight.  In the Brown Sahib’s logic, principles are not iron-clad concepts which produce and are validated by outcomes. They merely prescribe and often justify the process – rarely the outcome. Consider how shallow is our application of the principle of “right to be heard” in our law or the right to vote or the right to property.

Our constitution relies on good intentions, not iron clad safeguards

Our democratic architecture is inadequately developed to factor in the reality of India, with its multiple cleavages. If implicitly elitist rule has been possible over the last 70 years, it should not surprise us, if tomorrow brings implicitly theocratic rule. So for those of you who are uncomfortable with a Hindu yogi, a Muslim maulvi, a Sikh granthi or a Christian priest in a CM’s chair, here are three changes we need to introduce in our political architecture.

Mandate plurality in the cabinet

First, it is the privilege of the winning party or coalition to select any member of the legislature as CM. Can we not simply legislate that a religious head should never be selected as CM? Possibly not, because this would be a violation of the fundamental right to representation of a religious group. More practically, there is no watertight way of defining who is a “religious head”. Consider that Sadhvi Uma Bharti led the BJP to a three-fourths majority in 2003 in Madhya Pradesh and became CM. Unfortunately, she had to resign soon after, because an arrest warrant was issued against her on a 10-year old charge of inciting a riot. This setback also robbed analysts of a case study on how religious activists wield political power. The outcomes may well have surprised cynics. But it is best to explicitly provide for safeguards to curtail the potential for even an “implicitly” theocratic State.

One option, applicable at the national level and in large heterogenous states (not Sikkim or in the Northeast), would be to prescribe that the CM, the home minister and the finance minister can never be from the same religion or caste.  These are the three core positions in the Cabinet. This would automatically require political parties to create a rainbow leadership and not a narrow gender, caste or religion-based party cadre. Of course, it will still be possible to co-opt “nominal” members of the appropriate profile. So we need to do more than just introduce end-of-the-pipe restrictions post-election.

Second, the Cabinet must reflect the gender, caste and religious profile of the relevant jurisdiction. This is necessary for adequate plural representation at the decision-making level.

Third, we must change the basis on which parties fight and win elections. Registered political parties must be required — by law — to nominate a rainbow of candidates, reflecting the gender, caste and religious demographics at three levels of government — local bodies, state or nation. This is necessary to ensure that the election rhetoric itself changes; votes are not sought on narrow or sectarian grounds and parties develop a pluralist voter base.

All three changes require specific changes to the Constitution so that “plurality” gets embedded in Parliament and in the executive.

It is over-the-top to believe that India or Uttar Pradesh can become a “theocratic” state just by having a “religious head” as its chief executive. As long as the Constitution remains liberal and non-discriminatory; the law is derived from the Constitution and the judiciary remains empowered, plurality and inclusiveness will remain enshrined in law. But additional safeguards are necessary to deliver inclusive policies and action on the ground. The BJP juggernaut is best placed, by using its massive majority, to display good faith by initiating these constitutional changes well before 2019.

Adapted from the author’s article in the Asian Age, March 22, 2017 http://www.asianage.com/opinion/columnists/220317/are-safeguards-possible-to-prevent-theocracy.html