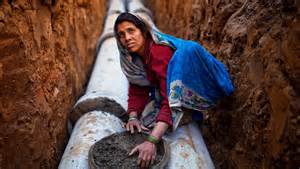 Irrespective of its economic virtues, demonetisation — an aggressive, unprecedented initiative of Prime Minister Narendra Modi, brought rich dividends for the BJP in the Uttar Pradesh election. Above all, voters were impressed with his determination to punish those who have become fat on black money. That the move also “punished” those who had no black money — via extended inconvenience, loss of business or employment — was collateral damage.

An incredible 41 per cent of voters gave a thumping majority to the BJP, including possibly those who were collateral fodder or the target — proving, yet again, that in politics, good intentions trump technically appropriate action.

So what can the Prime Minister do next to shock and awe the Opposition and win minds and hearts across India? Elections loom in Karnataka in 2018, currently ruled by the Congress, and national general election is in 2019. The chosen programme must be elegant not clunky; effective not merely palliative; quickly deliverable and fiscally prudent.

The Union government currently uses clunky, partially- or fully-funded schemes, implemented by the state governments, to establish its human face. There were 1,500 such schemes, which the Modi government has pruned to around 657. Most are massively inefficient. Arvind Virmani, a former chief economic adviser, claims they follow the one-third rule. Only one-third for the targeted beneficiary, one-third for administrative expenditure and one-third for corruption.

Mind you, it is expensive to provide access to public services and goods even via a cash support mechanism. Prof. Abhijit Banerjee of MIT assesses the average administrative cost, across countries, of cash support programmes at 50 per cent of the amount delivered.

A universal, unconditional income transfer in cash to all citizens is the most efficient option. But it suffers from bad optics. The same amount of money is given to a beggar as to a real estate baron. But Sudipto Mundle of NIPFP argues that select exclusions are possible without massively retarding efficiency. The most obvious exclusion is anyone in urban areas. The average income in urban areas is consistently higher than in rural areas, where 80 per cent of the poor live.

Others, like Jean Drèze, are sceptical about the cash transfers, specially for food support. We know food prices spike during drought. During such extreme events, the transferred income would be insufficient to buy the targeted amount of food. Those living at the edge cannot afford to be caught in such a situation.

Clearly, basic income transfer is not a substitute for all other existing social support mechanisms in education, health and social protection, but it can substitute those mechanisms which are the most wasteful and poorly targeted.

The Economic Survey 2017, lead-authored by Arvind Subramanian, chief economic adviser, does signal service by evidencing the problem of misallocation of fiscal resources in the existing schemes. The share of the districts, where 40 per cent of the nation’s poor live, in allocation for anti-poverty schemes, like the mid-day meal scheme is just 20 per cent and just 24 per cent in the Swachh Bharat Mission. Such misallocation is wasteful.

A pilot done by SEWA in four villages in Madhya Pradesh, over a period of two years, covering 6,000 people along the universal coverage principle, transferred Rs 3,600 per year to each adult, with lower amounts to children. The results are impressive. The most significant outcome is that even four years later, many of the initial achievements with respect to the enhanced decision-making role of women; sustainable income from assets — mainly livestock — and the continued productive use of income remained strongly in place. Similar pilots are being done in Africa. But the caveat is that pilots involve significant handholding and oversight without which, as in Ghana, sustainable income enhancement is negligible. This cautions that even with a universal basic income scheme the role of handholding will remain.

A first for India

India could become the first country in the world to use a “qualified-universal” basic income transfer to end poverty. The real problem is how to find the money. Arvind Panagariya, the Prime Minister’s key economic adviser and vice-chairperson of the Niti Aayog, however, highlights the fiscal requirement. At just Rs 10,000 per year per person the cost is equivalent to the government’s entire revenue of 10 per cent of GDP.

But there are viable second-best options. First, smaller amounts could be transferred. The poverty gap has been estimated at around Rs 3,500 per poor person per year as in the SEWA pilot. The Economic Survey records that an annual transfer of Rs 3,240 to every female would cost one per cent of GDP. The cost can be reduced further by a quasi-universal scheme focused on females only in rural areas, with girl children getting less and women getting more, as in the SEWA pilot.

Subsidy reform is overdue. The Prime Minister had also adopted the approach of “subsidy tyaag” the voluntary giving up of subsidy by those who were well-off. It is also possible to make it administratively more difficult to access demerit subsidies like on cooking gas; fertiliser and income-tax exemptions with the target of eliminating them altogether.

In the meantime, a “quasi-universal” basic income transfer scheme can be started by allocating just Rs 75,000 crores (just 0.3 per cent of anticipated GDP in 2017-18) to one-third of the poorest districts. The programme can be expanded to other districts by allocating just two-fifths of the incremental revenues, especially if growth trends upwards beyond eight per cent per year.

PM should grasp the moment

Prime Minister Modi is not one to be hesitant about funding innovative ideas in the public interest. The quasi-universal basic income scheme is one door that he should consider walking through, specially if he is confident that India shall grow at above eight per cent.

Adapted from the author’s article in the Asian Age, March 31, 2017  http://www.asianage.com/opinion/columnists/310317/basic-income-transfer-modis-next-big-thing.html