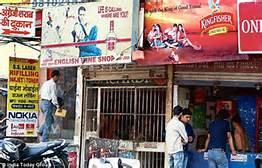 Thirsty travellers on highways are going to miss the inviting LED signboards offering “cold beer” to alleviate their boredom. But ask those who have lost a loved one in an accident, or been maimed in one — and they will enthusiastically support the Supreme Court’s ban on the availability of booze along our state and national highways. When the issue is emotive, the reflex response of both the judiciary and the executive is to do anything that appears adequately responsive. What could be easier than banishing booze from the highways, knowing full well that this could be just optics.

Target drivers and the owners of vehicles with punitive action 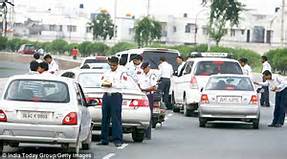 Curbing drunken driving requires that drivers, a small fraction of all travellers, be targeted. Most travellers are passengers. It doesn’t matter whether they tipple or not. Many of those at the wheel are licensed, professional cab, bus and truck drivers — much like commercial pilots. Surely the owners of these commercial vehicles should be held criminally accountable, along with the driver, for accidents caused by drunken driving, unless they can prove that they test their drivers randomly. This would automatically incentivise owners to use drivers who don’t drink. But this is a narrowly targeted option that requires follow-on administrative action and effective policing. Far splashier, instead, to go in for a blanket ban on booze —  and never mind if it causes collateral pain.

Our bias against booze is vested in the Constitution 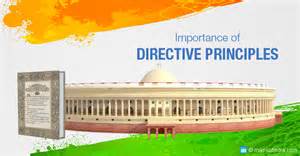 The origin of our half-hearted approach to the problem lies in the Directive Principles of our Constitution which enjoin the State to implement prohibition. These define the higher moral ground that we all must aspire to. But they are not mandatory and need a law to be passed to become implementable. We implement these only selectively — like universal education —  where there is near complete consensus. But we ignore others, like prohibition, where a consensus is missing. Hence the tension between the constitutional directives and reality.

We do not have a fundamental right to drink or sell booze. We do so only at the pleasure of the State. It can be withdrawn at any time. Many would argue it should not be summarily withdrawn, specially when it will disrupt ongoing business. And because other options exist to curb drunken driving. If we are uncomfortable with the ideals specified in the Directive Principles, then the correct approach is to amend them and expand the fundamental rights to include the freedom to drink responsibly. But who will support such an amendment? 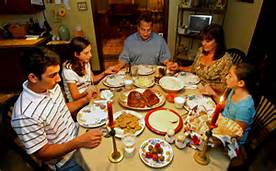 Mainstream India has no tradition of the neighbourhood bar, from where it is all right to stagger home, helped along by acquaintances or friends. Yes, there is communal drinking in tribal areas and on special occasions in villages, where there is a lot of staggering about. But these are rare occasions. In the plains of India, most regular tipplers are men as drinking is done outside our homes. It is the anonymity of highway drinking that is attractive for furtive, male drinkers.

How terrible will the booze ban be for the economy? The measure simply aims to make drinking and sale of liquor physically invisible from highways. Tippling will shift a couple of minutes away onto back streets, possibly with far worse consequences for public order. But its revenue impact will be negligible. Businesses will adjust. Web-based apps will guide travellers to back street bars and booze shops; private caches of pre-mixed booze in flasks will proliferate as will the illicit supply in dhabas along the highway.

Blaming the judiciary for ham-handedness is the easy part. But the Government of India and several state governments, including Delhi, Madhya Pradesh, Andhra Pradesh and Telangana, have accepted the verdict. Eighteen other states didn’t bother to contest the decision. This shows that the judiciary is aligned with the national and state-level executive in moving India, gradually, in the direction to which the Directive Principles point us.

The real culprit is drunken driving- only intelligent policing can help 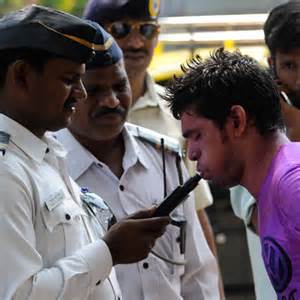 But without effective patrolling, behavioural change among drivers is highly unlikely. Ask any highway traveller. There is nothing more reassuring than regularly passing by a police patrol car, specially at night. Drunken or irresponsible driving can only be curbed if the Centre, with the consent of all state governments, directly polices all our national highways. Centrally-monitored and controlled mobile patrols, responsive to distress calls and SMSes like the National Ambulance Service, equipped with paramedic and trauma support teams, should be frequently visible along the 90,000-km national highway network. 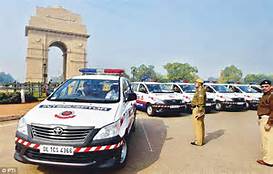 A National Highway Police Force should be created and empowered to regulate traffic; challan errant driving; provide trauma support in case of accidents and keep the highways free of crime and irresponsible social behaviour. Back-of-the-envelope calculations suggest that an officer-oriented, multi-skilled force of 11,000 employees would cost Rs 1,000 crores annually in overheads, maintenance and salaries, with a one-time capital cost of Rs 800 crores for equipment and housing. Sounds expensive? Implemented over a period of five years, it is just 0.3 per cent of the annual revenue expenditure and 1.5 per cent of the capital expenditure for the police in the Union Budget.

Compare this with the avoided cost of Rs 1,400 crores, being the value of lives lost (42,000 persons in 2009) in accidents on national highways, computed on a present value of Rs 3.5 lakhs per life lost, based on the average per capita income, over a residual working life of 20 years. The avoided cost of injuries to 1.5 lakh people (2009) is around Rs 180 crores, assuming medical treatment and lost wages at two months’ wages per injured person. The cost of vehicles and goods lost and cost of trauma suffered is over and above this.

An international-quality high way security and trauma support system makes economic sense. More important, it is yet another bond sealing the social compact between Prime Minister Narendra Modi’s government and the travelling public — urban immigrants, business people and tourists —  estimated at around 230 million passengers in 2016 (assuming an average lead of 75 km) by the National Transport Development Policy Committee in 2013. There can be no better social impact investment than one which offers an economic payback of under one year.

Adapted from the authors article in Asian Age, April 8, 2017 http://www.asianage.com/opinion/columnists/080417/tame-killer-highways-liquor-ban-just-optics.html 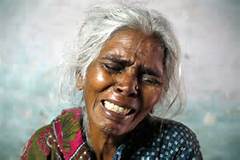