What is it about the Indian elite, which makes them salivate at the thought of global leadership? Barely had President Trump pulled the US out of the Paris accord, that we were exulting at the thought of an “opening” for India at the high table of global climate leaders.

The tail can’t wag the dog of climate change

Rich, developed countries contribute 68 percent of world GDP, each with a per capita income above US$12,476. Of this the European Union and North America each account for 25 percent. Not even China is part of this select group,

China figures as a newly emerged economy in the upper middle-income group, which contributes 24 percent of world GDP with per capita incomes starting at US$4036. China, with a per capita income of US$7380, has a share of one half of the GDP of this group.

To put this perspective, India, with a per capita income of just US$ 1590, will take 11 years of growth at 9 percent per year, to enter this group. We must remember that we are puny – with a per capita income just above the average for 34 fragile and conflict affected areas. Even heroic actions within a 3 percent share of world GDP does not count for much.

China is the key climate leader

President Trump is right in backing away from leadership in climate change. The US faces a fundamental, domestic, economic crisis; a fragmenting social compact and a deteriorating external account. This constrains its ability to influence global agendas. Ageing Europe and its ATM – Germany, will struggle to just hang in there and keep national welfare levels at current levels. Russia is similarly in relative decline and cannily, already a junior partner in the China bloc. It is China, to whom we must look for world leadership, in limiting climate change.

But there are things we can also do, which are aligned with national welfare.

Get the private investment cycle going

First, “counting our pennies” carefully before splurging public funds is a fail-safe option for sustainable development, poverty reduction and managing corruption.  We have failed to do this over the last fifteen years. The results are the bad loans of the publicly owned banks, aggregating to around 5 percent of the GDP. The RBI, has been newly anointed to clean the clogged balance sheets of the banks and corporates. But the magnitude and complexity of the task will require that discretion be applied judiciously for a quick resolution. In the current environment of heightened distrust, this is possible only via an empowered committee of ministers; select representatives from the opposition in parliament; the RBI; the CAG and the higher judiciary to cut through the mess in a practical, fair and conclusive manner. Only then can we get the investment cycle restarted.

Use public funds to leverage private investment in “green” tech 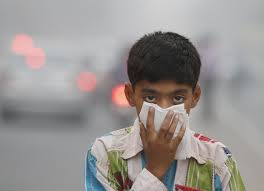 Third, managing local pollution is an immediate priority. Using solar power and gas for household energy needs is a welcome step. Ideally, the Solar Alliance should provide ready access to infrastructure and fiscal incentives to international research labs to set up shop in India. Facilitating Chinese companies to invest in India for manufacturing solar technology components and products can integrate India into global supply chains and encourage mutual learning and collaboration between Chinese and Indian entrepreneurs.

Remain within our carbon emission envelop

Wash coal at mine mouth

But we need to start washing all the coal we use. Indian coal is of poor quality. Fortunately, it is also low in Sulphur, so unlike Australian and American coal it does not contribute to acid rain. Washing capacity remains limited at around 10 percent of mined coal. Even this is under utilised. Power generators, say it is not financially rewarding to wash coal since they cannot pass through the cost under regulated tariffs. Coal India, the publicly owned coal monopoly, has no incentives to improve quality since they work on a regulated rate of return basis. Washing costs only around Rs 40 per Ton of coal. Coal India should only supply washed and sized coal to large customers. The additional cost can be met through a differential Clean Environment Cess (currently a uniform Rs 400 per Ton) for washed and raw coal.

Widespread poverty – affecting an estimated 40 percent of our 1.25 billion people – and low growth rates have constrained India’s carbon footprint. Delinking carbon from growth is far from easy in a desperately poor, decentralized, democratic country like India. True leadership, in this game, will be to remain below the global radar of carbon emission targets but substantially above the domestic radar of expectations on economic growth and jobs. Better monitoring of all three vectors – carbon emissions, growth and jobs, will be key in convincing the constituencies for each, that India is pulling far above her weight in all three. People who are the change also lead. 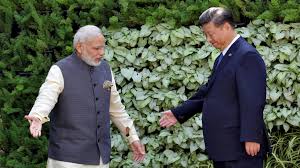