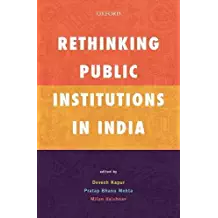 Public institutional reform has a stale air about it. There are plenty of options but little action. The sombre packaging of this book adds to this gloom. Possibly, the “monkish”, value-for-money branding is a consciously adopted tactic, setting it apart from the current trend favouring glitz and hype. The authors appear to be flinging a dare — that in their case substance needs no gloss. They are right. 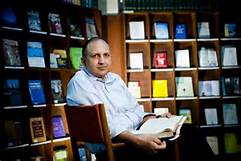 The editors’ academic pedigree is reassuring. Pratap Bhanu Mehta is the best-known of them, a public intellectual extraordinaire and the acknowledged voice of evidenced, liberal political thought. 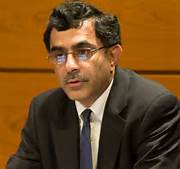 His co-editors Devesh Kapur and Milan Vaishnav are US-based academics. 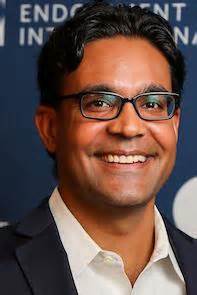 This new publication is a follow-on of a 2007 publication Public Institutions in India: Performance and Design co-edited by Messrs Kapur and Mehta.
The contributors are an eclectic mix of UK-, US- and India-based academics and Indian civil servants, serving, repositioned or retired. What is common is their deep and systematic association with public institutional development and an enviable record of publishing their work and opinions.
Are public institutions in India doomed?
So, are central public institutions going to seed? And does that explain India’s future challenges? The introductory chapter, written by the editors, provides an elegant, broad sweep of drivers and trends in institutional malaise, highlighting areas where performance has been dangerously below par. But the helicopter view is a mite too one sided, veering to a dark view of the state of national institutions.
Institutional resilience outnumbers the failures
A more nuanced and refreshing view emerges from the succeeding chapters, each about a single institution. James Manor, writing on the Presidency, exquisitely details how this apex institution, despite the occasional failures of individual incumbents – think Fakhruddin Ali Ahmed who signed on the dotted line to impose emergency in 1975 and Giani Zail Singh, who was not averse to being actively political – has been a steady hand, safeguarding constitutional propriety and citizen rights from potential executive and legislative transgressions.
Errol D’Souza, reviewing the Reserve Bank of India, describes its pugnacious success in enlarging its regulatory space, solely through its performance-driven credibility. E Sridharan and Milan Vaishnav pen a fluid and attractively rendered tale, about the Election Commission of India, which has similarly earned its spurs. Eighty per cent of Indians trust it because of its remarkable conduct of timely, fair and efficient elections. Madhav Khosla and Ananth Padmanabhan describe how the Supreme Court has nurtured the public’s trust by courageously and consistently ruling in favour of equity, inclusion and fair play. However, they warn that dark clouds loom unless justice is delivered more efficiently.
Navroz Dubash writing on new infrastructure regulatory institutions – the Central Electricity Regulatory Commission (CERC) and the Telecom Regulatory Authority of India (Trai) – acknowledges that in the initial years both had to fight severe challenges from publicly-owned monopolies and their patrons in government. Two decades on, they are the arbiters of positive change. The CERC has overseen competition in bulk electricity supply. The Trai has curated highly competitive private telecom customer services and tariffs. However, Dubash correctly points to the need for enlarging the regulatory space such that all actors – the Parliament, Judiciary and the Executive become active players in negotiating regulatory outcomes, with the Regulator playing the balancing role,
Institutional failure more visible in sub-national entities
“State failure” is a malaise more visible in sub-national institutions, which have failed to imbibe the positive changes taking place in related central public institutions. State governors, legislatures, the lower judiciary, state public financial management institutions, electricity regulatory commissions, vigilance departments, and election commissions are often severely blemished. T R Raghunandan woefully records that institutions of local government remain ignored, underfunded and underused, except in Kerala, Karnataka and West Bengal. Consequently, inclusive growth suffers and an opportunity is lost for embellishing and inculcating local traditions of results-based democratic functioning.
But there are black sheep at the national level too
Not all national institutions, despite inherited advantages, have developed benignly. Parliament is one such. M R Madhavan ruthlessly excavates the reasons it has lost the public trust. R Shridharan similarly unravels why the Central Vigilance Commission, India’s anti-corruption agency, and its investigative arm, the Central Bureau of Investigation, have failed to establish their credentials. The former is merely a tool, to be used selectively, by the executive against its own officials. The latter is at its nadir. The moniker “caged parrot” accurately reflects why it has lost credibility in the fight against corruption.
The Comptroller and Auditor General (CAG) of India, the supreme audit institution, gets mixed reviews from R. Shridharan and Amitabh Mukhopadhyay. The CAG is uniquely placed and significantly empowered, to guide and assist Parliament to exercise granular oversight over the executive. Its path-breaking exposure, under Vinod Rai, of massive inefficiency and financial impropriety in spectrum and coal allocations lifted its public profile. But, in its “independence”, also lies the danger of it being ignored, through a “conspiracy of silence”, between a dysfunctional Parliament and a pliant executive.
The civil service, particularly its elite component – the All India Services (AIS), which constitute 0.03 per cent of the total civil employees and just 1 per cent of the Group A employees of the Union Government – have unambiguously failed. K P Krishnan and T V Somanathan admit that nothing has changed for the better over the past decade. Recruited on merit, this tiny elite thereafter enjoy the rents accruing from that initial, one-time achievement. But the authors shrink from endorsing that the AIS be phased out and its functions reallocated to the specialist cadres of the Central Services — these constitute 99 per cent of the Group A civil employees, who currently fester despondently.
This is a multi-layered, exhaustively referenced publication, which surgically exposes the dark side of public institutional dysfunction. But it also provides sufficient evidence of institutional resilience, on which an enlightened political leadership can build. A must-have, for all those who either belong to, or wish to join, the frustratingly uplifting community of public institutional developers.
Adapted from the authors review in Business Standard June 15, 2017 http://www.business-standard.com/article/beyond-business/public-institutions-under-scrutiny-117061401505_1.html 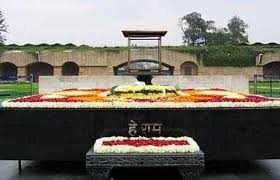