Courtesy Arvind Subramanian, India’s Chief Economic Advisor, the 4R (reform, recognize, recapitalize, resolve) approach to manage the corporate bad loans problem, has captured public imagination. But he soft peddles a fifth R, that of retribution. The big stick must be wielded for reform to be credible. 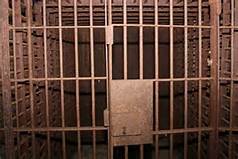 Banks are flush with money. But “liquidity” for borrowers, even those who have a “special relationship” with banks, is low. The shadow of stressed loans – missed loan repayments and interest payments- makes the usual, clubby way of doing business suspect. Banks operate on big margins – between interest paid on deposits and interest received on commercial loans – of up to 5 percent, in our cartelized banking architecture, dominated by publicly owned banks. But, despite high margins, public sector bank ratings suffer. The more loans they give, higher is the volume of bad loans.

Bad loans are an outcome of shoddy risk appraisal followed by poor loan account oversight. The ugly habit of kicking the can down the road by rolling over bad loans has been the norm.  On average, only around 26 percent of bad loans and accumulated interest are recovered. Using this metric, banks stand to lose around Rs 9 trillion (6 percent of our GDP) by recognizing and resolving bad loans of around Rs 12 trillion.

If corporate loans were recovered like consumption loans for cars, there would be no problem

Once a loan becomes stressed there is little a bank can do, except to recover as much as it can from the borrower; divert the proceeds to a better borrower and black list the delinquent borrower. But Indian banks rarely operate on this “sunk cost” principle. A long history of covert support to keep diseased loans and borrowers alive, under the guise of retaining jobs, has not helped. The spectacularly unsuccessful, Board of Industrial and Financial Reconstruction was still alive till January 2016. Unfortunately, so were hundreds of companies ripe for corporate euthanasia. We now have a new Insolvency and Bankruptcy Act, January 2016. But its effectiveness remains to be established.

Disappointingly, the Reserve Bank of India, instead of taking the bull by the horns and directing banks to start bankruptcy proceedings for bad loans, has taken the soft approach – giving banks time, till the end of 2017, to resolve the stressed loans themselves. Amusingly, to nudge bankers into doing unfamiliar, unpleasant things, extraordinary measures are being taken, to provide them administrative cover, from ex-post facto audit, vigilance and CBI investigations. Clearly, retribution against those bankers, who approved and over saw the dud loans, is not contemplated.

Loan waivers without retribution for the complicit create moral hazard

Economists, including RBI Governor caution against the problem of “moral hazard” that loan waivers create in the context of agricultural loans being written off by state governments. Apparently, forgiveness without retribution, is bad for rural borrowers, but ok for corporate borrowers. Sadly, retribution is sorely needed for commercial borrowers too, who account for 75 percent of the bad loans.

The reality is even more nuanced. The bulk of borrowers, across sectors, are gold standard risks. Despite gross mismanagement of large corporate loans, 83 percent of the bank loans, valued at Rs 63 trillion, are serviced on time by borrowers. Moral hazard affects borrowers selectively in India. This is because retribution is also selective. Access to bank finance for small borrowers is cut off if they become delinquent and recovery proceedings are harsh. For large borrowers and the influential, more favourable terms apply.

Last month, a retired Secretary of the Coal Ministry and two other senior colleagues, were convicted for criminal conspiracy, by a trial court. The charge and the punishment meted out was completely out of proportion to their misdemeanors – less than adequate diligence in discharging their duties. Why this double standard for holding public officials to account? Rs 12 trillion of accumulated stressed loans against annual loan approvals of between Rs 3 to 5 trillion, indicates a deep rooted “conspiracy of silence” within public sector and co-operative banks; their patrons in government and the borrowers themselves.

These stressed loans, whether in industry or in agriculture, must be taken off the books of banks. But the concerned loan sanctioning and account oversight chain, whether present or retired, must be held to account on a standardized, transparent metric to establish active connivance to cheat the bank or lack of adequate diligence. This is the only way to delink quick resolution of the stressed loans from the problem of “moral hazard”.

Second, deals need to be urgently struck with borrowers to resolve loans without access to the lengthy judicial review process. These can only happen if the big stick of sanctions is available to the negotiators. Founders, actively negligent in servicing loans, should be made to exit management positions, as a precondition for future access to bank finance. Delinquent individuals, who have been given opportunities earlier, to reform, via “greening” or rolling over of loans, should be debarred from access to bank finance.

The argument against sanctioning bankers is bogus. It is feared bankers will stop taking decisions if sanctioned, thereby freezing the lending cycle. Till two decades ago, bank trade unions, routinely used the threat of striking work, to stop computerization or extract better wages. It was the Supreme Court which defanged them in 2003 by ruling that the right to strike is not absolute, particularly in the case of public services. No need to turn the clock back.

Stringent action against the bureaucracy has not adversely affected the functioning of government. Enshrined bureaucratic safeguards are most often the refuge of the incompetent or the corrupt. Those working transparently, in the public interest, rarely need such support. There is no reason why banks should be different.

Needed an empowered financial sector, “clean up” champion, to wield a long broom 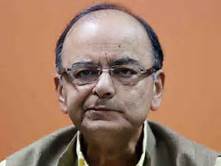 “Moral hazard” in bad loan resolution becomes a problem, only if we do not deal equitably and transparently. Elitist cliques, spanning politics, business and agriculture, must be weaned-off, the vice of bank financed “easy money”. Swift, impartial, standardized resolution of bad loans, with judicious retribution, can drain this vicious whirlpool, which saps national wealth and reeks of inequity.

Adapted from the authors article in TOI Blogs, June 23, 2017 http://blogs.timesofindia.indiatimes.com/opinion-india/retribution-the-missing-r-in-resolving-bad-loans/