President Trump’s implicit assessment of the value of the G20 Hamburg summit was best illustrated by letting his daughter replace him, whilst he was away from his seat at the summit and to spend double the budgeted time, holding President Putin’s hand. We should take note.

Did Trump try and devalue the G20, President Xi or both by letting Ivanka replace him?

Despite his oddities and his rhetoric, President Trump is a businessman. He cannot but recognize that his real fight is with China. So occasional side swipes to emphasize US dominance over China are par for the course. But the US is too fat to keep pace with China. Its entrepreneurial juices have dried up, bled by the strain of keeping the American Dream alive – an endlessly aspirational, middle class and a voraciously, acquisitive elite, albeit both sets being more meritocratic than elsewhere. But the strain shows. If there is no public money for infrastructure and Facebook needs to build a village to increase the supply of affordable housing in Silicon Valley, there is something very wrong with institutional incentives in the US.

The football “huddle” to plot strategy 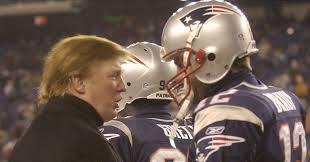 President Trump’s instincts to deal with a problem is to “huddle” in a group of “familiar” friends. Co-opting Russia into a loose friendly alliance of northern hemisphere countries could be an outcome of such “huddling”. After all, there are the cultural bonds. The UK will be supportive. It was Tony Blair, who persuaded Russia to join the rich country club of G7, which thereafter became the G8. Russia was expelled, in 2014 over its muscular action in Crimea. But the G7 was already in decline, post 2009, whilst the G20 gained leverage, as a more inclusive forum with economic heft.

Russia better as a friend than an enemy

Bringing Russia in from the cold, makes sense. It is no longer an ideological threat to the West – just a shade smarmier in its management style. But no more so than other upper middle-income countries. Its GDP, in constant terms, has barely moved from US$ 1.5 trillion in 1989 to 1.6 trillion in 2016 – though it has doubled since 1998, when it reached its nadir at US$ 0.8 billion. Russian expatriates live happily in the US and in Europe.

Hypertension, made in China 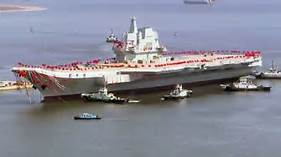 The Chinese manufacturing engine has surplus capacity to feed the world over the next decade with goods, targeted at the price points and quality requirements of local markets, across the globe.

China applies the late CK Prahalad’s principle of, “finding the fortune hidden at the bottom of the pyramid” by supplying consumables and consumer durables to 3 billion humans at the bottom of the economic food chain. And they do it better than local manufacturers, located in countries where the poor exist, including India.

So where does this leave India? It is not in India’s DNA to kowtow. So, we are a poor fit with China. It is in India’s political DNA to be ideological. Remember Non-Alignment? Ideologically committed bureaucracies are a menace. They must be tamed. To come out tops, from the ongoing international churn towards a transactional future, we need to reign-in our tendency to grandstand. There is virtue in being supremely transactional. But transactions must be anchored in public interest. We have not been very good at that.

Had we been better, we would have got rid of poverty faster than we have. We would have cared more about creating physical and social (education and health) infrastructure and jobs. And we would have exploited every growth opportunity, which came our way, rather than choose to sit out the 1970s and the 1980s on our elitist, immaculately manicured hands.

We do not have the luxury, unlike Latin America and large parts of Africa, of being natural invitees to the western, Christian table of nations. Nor do we fit the dismal, backward looking club of Islamic nations. And we are too large to be helped economically. So, like China, we have no option, except to fend for ourselves.
International trade is our entry point to becoming more competitive.

We need cheap Chinese goods more than China needs our market. We import just 3 percent of China’s exports. We should be trying harder to become part of global supply chains to pull-in foreign investment, technology, jobs and increase net exports. Our traditional links with Russia are valuable but need to be lubricated.

With the US and its West European allies, we share a tradition of democracy – a generic, clunky, artifact to safeguard citizen rights versus the State via an elaborate architecture of self-balancing, institutional power centers. These links can be deepened.
Going under the radar and setting-off no red alerts till we have accumulated critical economic heft is sensible.

Playing second, or even seventh fiddle, to achieve targeted outcomes is better than to compromise outcomes by being top-dog in process matters. But low profile economic diplomacy does not come easy to our colonial style Foreign Policy establishment. Best to remember that we rank seventh in nominal GDP and are a lower middle-income country. We should punch our weight. Doing more is unsustainable.

Adapted from the author’s article in TOI July 9, 2017Blogs http://blogs.timesofindia.indiatimes.com/opinion-india/g20-trumped/