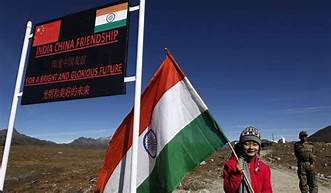 The Narendra Modi government poses two conundrums for citizens. First, citizens want an effective government, like PM Modis. But they also value and actively guard their rights. Making a colonial-style government gallop, often means cutting corners and turning a blind eye to the encroachment of citizens’ rights. We are still very far from being China, where even the option to negotiate a tradeoff, between effectiveness and rights, does not exist. For PM Modi reforming the government — a long-delayed, unpleasant, plumbing task — is one way to reduce the starkness of the tradeoff as it exists today.

Harsh on corruption soft on criminality

Second, there is a yawning gap between the proactivity of government in ending corruption and the business-as-usual approach to ending criminality. For the average citizen, criminality is far more worrying than corruption. A government which does not consistently impose the rule of law uniformly loses credibility over time. The djinns unleashed by allowing hired goons to massacre Sikhs in 1984 or by allowing kar sevaks to bring down the Babri Masjid in December 1992 still haunt us.

Going up the down escalator, is hard work and wasteful

The dead weight of poor governance practices and a predilection for unorthodox solutions, to show quick results, create a drag on its otherwise creditable efforts — just like a person running up the down escalator. Switching escalators can help. But this requires a change in ideology to put growth with jobs and a crackdown on criminality first.

Growth has taken a hit. Fiscal 2018 will end with a probable 6.5 per cent growth and the terminal year of the Narendra Modi government — Fiscal 2019 — with seven per cent. The average growth will then be one percentage point lower than under the previous government — a point Dr Manmohan Singh repeatedly emphasises to show that this government is only about hype.

But growth is not the only metric of governance

But this is being uncharitable to the BJP government. Growth is just one of the metrics of good governance. The open economy model spits out growth but often without jobs and with growing inequality, corruption and criminality. At some point, an efficient and purposeful tradeoff can be made between higher growth and more rounded social and economic outcomes, like social protection and investing in human development. Growth has been affected because drags like the accumulated stressed assets of banks trap them into recycling credit to discredited corporate borrowers to keep the accounts “healthy”, crowding out credit to others, who could build the future. This is slowly being rectified. But the steps towards building a more responsible banking culture, to avoid reoccurrence, are not yet visible.

New beginnings in infrastructure and connectivity

Poor infrastructure and high transaction costs are another drag on growth. Higher allocations of public finance for infrastructure; doubling the rate of highway development; modernising ports and railways; tripling the number of airports connected with regular flights; promoting the free flow of goods across state borders, are positive steps to reduce the drag on growth. Allowing the overvalued rupee to realign with its real value can boost exports to meet reviving overseas demand and level the playing field for domestic producers versus seemingly cheap imports.

There is little near-term hope for private job creation

Job creation is doing worse than growth, increasing inequality, because jobs in services and manufacturing are being axed at the middle and lower end. Even in agriculture, higher productivity will depend on using machines for tasks currently done by humans, and changing regulations to allow leasing-in land for scaled-up commercial farming — again at the expense of jobs.

Reversing the trend of declining public sector employment could help. We need more specialised skills, directly linked to service delivery — nurses, doctors, teachers, engineers, accountants, tax professionals and lawyers. Better talent can be attracted by linking salary and benefits to specific positions, filled through open competition, rather than through a cadre, as they are today. The Modi government has made some lateral appointments at the highest level. But a comprehensive policy for reforming government appointments is sorely needed.

Despite the rough edges PM Modi enjoys respect and credibility

Quixotically, the levels of public trust and credibility that Prime Minister Narendra Modi has generated, within India and abroad, is unprecedented since the days of Pandit Jawaharlal Nehru. Admittedly, his supporters are overwhelmingly upper and middle-caste Hindus, though a tentative outreach to the lower castes, dalits and tribals has started. The minorities are caught in the “appeasement”and “alienation” paradox. Their “alienation” today is explained as an inevitable consequence of ending the practice of “appeasement” of earlier governments, to retain them as votebanks. The BJP is less ideologically committed to social and religious diversity than it is to forge a uniform national identity — China style. China faces potential social unrest — a drag on growth. We cannot afford another drag on growth.

Democracy is about winning elections, forming stable governments, governing efficiently and ensuring justice. The BJP government has shown it can do three of the four very well. Turning up the heat on corruption has become the leitmotif of the BJP government. The costly demonetisation exercise; the rapid rolling out of the GST despite the associated implementation glitches; the strong action against corporate founders defaulting on bank loans or short-changing customers and suppliers; rapid financial inclusion and the promotion of bank and digital financial transactions to replace the use of cash — all these are initial steps towards combating corruption, increasing tax revenues and improving corporate governance.

But are we doing enough to reign in criminality?

More must be done to reduce the drag of widespread criminality. Reforming the election system to root out criminals; working with the Supreme Court to reform the dilatory judicial process and speed up the delivery of justice; enlarging the reach of judicial services; and reforming the police and prosecution systems are critical to reduce the drag imposed by shoddy implementation of the rule of law.

Use 2018 to consolidate past initiatives with just two new beginnings

2017 was a year of significant disruption and of useful beginnings. 2018 should be devoted to consolidation of ongoing initiatives rather than the scheme-a-month, headline-grabbing strategy of the past three years. Two new beginnings would, however, be welcome.

First, steps to compensate for the collateral damage caused to business, employment and incomes by hurried attempts to show results and win elections. Second, defined pathways to reaffirm the wider social compact between the government and all citizens.

Adapted from the authors article in The Asian Age, December 28, 2017 http://www.asianage.com/opinion/columnists/281217/protect-rights-of-all-or-itll-be-drag-on-growth.html

One thought on “The two conundrums of the Modi government”