Posted on December 31, 2017 by Sanjeev Ahluwalia

Thus far, the BJP has played to a core script of development; a more effective State and muscular nationalism, fanned by Hindu revivalism and an assertive foreign policy stance. This has resulted in a “tick all the boxes” type strategy, with the central focus being on winning elections. This strategy has paid rich dividends politically.
But some of the steam appears to be leaking out of this construct.

Admittedly, more Indians still put their faith in the BJP than in any other party – not least because of its charismatic Prime Minister – Narendra Modi. But voters are notoriously fickle. A politician is only as good as the last bag of goodies delivered to supporters. The BJP needs a strategy to generate goodwill in a more sustainable manner.

One option is to systematically address the concerns of those who have fallen through the cracks of the neo-liberal, open economy model we have followed since the 1990s. Of course, in doing so, the BJP will have to distinguish itself from populism and vote buying, which is the hall mark of a failed politician. Here are some options. 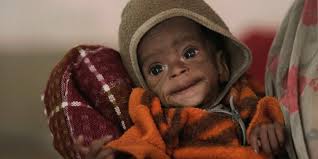 First, we have smashed the pre-1980s growth, glass ceiling of 4 per cent per year, also called the “Hindu rate of growth”. Sustained growth reduced poverty to around 20 per cent with an additional 20 per cent teetering on the edge of the abyss of poverty. But it is shocking that 40% of children remain malnourished and not all of them are poor.

Unless a child is adequately nourished in the first eight years, there is a high likelihood of permanent damage to its brain. Clean air (to increase lung capacity), clean water (to avoid diarrhea) and micronutrient rich food can guard against stunting. Unless this is done, we are continually handicapping around 90 million kids or 7 percent of our population, from childhood.

Spending today, on these three inputs – clean air, clean water and nutritious food, is well worth the avoided economic cost of perpetually sustaining a stunted population of around 500 million. Do the math if you are not convinced. Consider also, that looking ahead, the quality of the human brain and not brawn, will determine if a nation succeeds or fails.

Social protection for the elderly- 50+ and poor 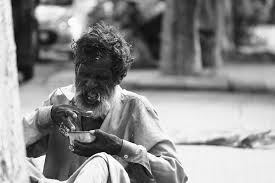 Second, experts agree that the capacity of the average human brain to learn and innovate decreases sharply with age. Start up India, Make in India, Mudra – loans for MSMEs, all benefit those under 50 years of age, who retain the vitality to do new things. For those above 50, who have been thrown out of jobs or others who have never held a job, there is little on offer, except the back-breaking NREGA.

SKILLS India is also not a solution for them because failure rates in adult education are very high. Around 6 percent of the people above 50 years of age, or 80 million people, are poor. They could never have saved for their old age. Also, poverty is sticky and disadvantages entire families. Even their children must be barely able to keep body and soul together.

Cash benefits for this set of 80 million, at a paltry Rs 1000 per person per month would cost Rs 1 trillion per year. A progressive annual cash allocation, increasing with age, as the likelihood of doing gainful work decreases, would be sensible. This is expensive but an inevitable cost of our past public transgressions.

In addition, they must get free basic medical insurance schemes, allowing them to seek in and out-patient treatment, at any registered clinic for free, just like the middle class and rich do. This way the elderly poor will cease to be a burden on their children. The cash and other benefits for supporting the girl child have worked well. So can, a benefits scheme for the elderly poor.

Third, liberalization, whilst creating enormous private wealth, also generates inequalities. There are losers who fall through the cracks. Take our historic failure to provide credible commitment that acquisition would “cause no harm” to land holders. The common apprehension is that bank financed, land acquisition, incentivizes excess acquisition for speculation. It also robs the land holder of the ensuing value creation.

This creates resistance and fear. Even the latest version of the Land Acquisition Act is backward looking. It merely seeks to “compensate losers”. It should explicitly provide for “sharing of the ensuing value creation” between the land holder, the project developer and the government, using a Participative, Public, Private Partnership (PPPP) model.

India is land starved. The ownership of this valuable asset must be respected as an equity contribution to new projects, with pre-defined, time bound returns, insured by the government. Even “public purpose” must bow to the rule of law, which upholds the property rights of land-owners.

Lastly, some tough love is necessary to improve our public services. We should legislate – “The Public Services Act” – sanctioning those who fail to use the fiscal resources put at their disposal; we must attach criminal penalties to public actions which result in public harm, due to lack of due diligence whilst budgeting or poor implementation of projects.

If citizens die in road accidents because an ambulance cannot ferry them, in time, to hospitals; if hospitals negligently harm, not cure patients; if defective public buses, trucks, aircraft, ferries and ships are allowed to ply, resulting in deaths; if shoddy public construction causes death or disability; if an official values her time more than the life of a citizen in urgent need or if a citizen dies because the police is away on VIP duty, the delinquent officials must be held accountable. Only then can the right public service culture and moral fiber be created, so necessary, to deal with the ceaseless challenges in public life. It cannot be a one-way street with only citizens serving the State.