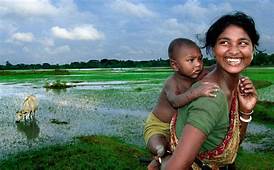 The Union Budget 2018-19 appears an honest and judicious construct when first viewed on video. Reading the fine print takes some of the shine off, going by precedent. The biggest relief is that there has been no substantive deviation from the path of fiscal discipline. The fiscal deficit for 2017-18 is pegged at 3.5 percent of GDP. This is 0.30 per cent higher than the budgeted estimate for this year.

But it is well within the 0.50 leeway recommended by the N.K. Singh Committee report on Fiscal Responsibility and Budgetary Management. Disruptions caused by GST still linger. Banks need to be recapitalised to expand new credit and public investment pushed because the private sector is still sitting on its funds. The stage seems set for walking through the door opened by the FRBM committee, in the interest of growth and jobs.

More reassurance comes from the fiscal deficit target for 2018-19 set at 3.3 percent of GDP. This re-establishes the declining trend for fiscal deficit towards the magic number of three per cent of GDP, which has eluded us so far.

Marginalised agriculture gets a break

On the expenditure side, agriculture and rural development take centrestage. This is welcome against the backdrop of agrarian distress and farmer suicides. Ajay Jakhar of the Bharat Krishak Samaj points out that an Indian farmer commits suicide every 40 minutes. No wonder then that Mr Jaitley outlined, in great detail, many of the specific measures proposed to reverse this trend.

One popular, but possibly ineffective step is an assurance that all the crops notified for the kharif cycle will be covered under the minimum support price (MSP) scheme. This means that if market prices fall below the cost of production plus 50 percent as margin for the farmer, the government will stand committed to make good the difference (as is being done in Madhya Pradesh now) or to physically procure the produce. 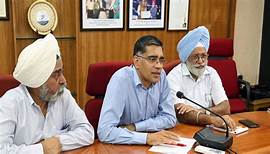 But representatives of farmers’ interests are not satisfied. They want the methodology for setting costs should be spelt out in a participative manner to ensure that a meaningful MSP is assured. The downside of an MSP type of production incentive is that it kills innovation and discourages crop diversification away from those covered under MSP. This way of assuring farmer incomes also privileges the traditional “Green Revolution” areas in the North, which unfortunately are not well endowed with the natural resources — water, for example — to sustain intensive modern farming. On the other hand Eastern India, has all of nature’s bounties, but it is too far away from the national capital-oriented policy making we follow. Consider how different things would have been if Lord Hardinge had not decided in 1911 to shift the capital of the British Raj from Calcutta to Delhi.

Other big-ticket items in agriculture are a more than doubling of the outlay for agro-processing industries to Rs 14 billion and assurances that the export of agri products would be liberalised to boost their exports threefold to their potential of around $100 billion. Corporate tax on income was also reduced from 30 percent to 25 percent for firms with a turnover upto Rs 2.5 billion (US $35 million) benefiting 99 percent of the registered firms in India. 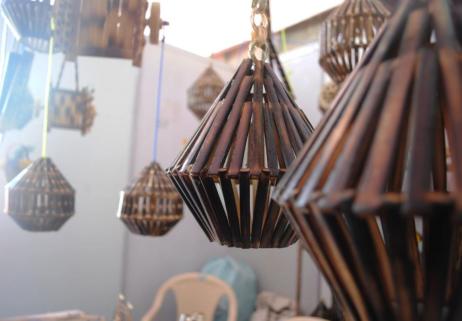 For the Northeast, a Mission for Bamboo – now recognised as a grass and not a tree to facilitate its commercial cultivation – with an outlay of Rs 13 billion. Two new infrastructure funds — one for fisheries and aquaculture and another for animal husbandry — at a total outlay of Rs 100 billion. Crop credit would increase by 10 per cent to Rs 11 trillion in 2018-19 and lessee farmers would be facilitated to access crop credit from banks — something which they cannot do today and have, instead, to rely on rapacious moneylenders.

The budgetary outlay for rural roads, affordable houses, toilets and electricity extension of Rs 2.4 trillion will leverage five time more funds from other sources and generate work for 10 million people, per the Budget documents.

NamoCare is bigger than ObamaCare – health-equity in motion

Big changes were also announced in healthcare. A new flagship scheme will provide in-hospital medical insurance to 100 million poor families with an insurance cover of Rs 5 lakhs. Compare this with the measly cover now available of Rs 30,000 only under the Rashtriya Swastha Bima Yojana. The outlay on health, education and social protection increases by around 13 per cent over the 2017-18 spend to Rs 1.4 trillion. Simultaneously, the three publicly owned general insurance companies – National Insurance Company United India Insurance Company and Oriental Insurance Company are to merged to create a behemoth conservatively valued at Rs 4 trillion and listed on the stock exchange. Listing would enable the government to progressively hive off equity in them to the public and generate the estimated Rs 1 trillion per year premium to fund this mammoth programme, nick-named NamoCare after ObamaCare of the US. The scale of the ambition embedded in the program is breathtaking. A Rs 5 lakh cover is what even the well-off deem sufficient as health insurance. More importantly it signals that for the government the life of the poor is as valuable, as that of a well off person.

Incentives for generating employment rather than buying machines

The government proposes to extend the existing scheme under which it meets the cost of a contribution of 12 percent per year towards the Employees’ Provident Fund contribution in the medium, small and micro enterprises to all the manufacturing sectors. The idea is to increase the attractiveness of employing young job seekers by reducing their cost to the employer for three years, by which time it is expected the skills they acquire will make their value addition viable on its own.

The highlights for new projects in infrastructure are that 99 smart cities have been selected with an outlay of Rs 2.4 trillion,  against which projects worth around 10 per cent of the outlay are ongoing and projects worth one per cent of the outlay have been completed. The government expects to complete 9,000 km of highways in this year. Bharat Net, the fiber connectivity programme, is also proceeding apace. The Railways will spend Rs 1.48 trillion on capital investments, mostly in new works in 2018-19. Six hundred railway stations are to be upgraded.

The nominal GDP in 2018-19 is estimated to be 11.5 per cent  higher than in the current year. The total expenditure next year is around 10 per cent higher than the estimate for 2017-18 of Rs 22.2 trillion. On the revenue side, the big increase is an estimated increase of 53 per cent (after accounting for the fact that GST was collected only for 11 months in 2017-18) in GST revenues next year by around Rs 2.6 trillion to a level of Rs 7.4 trillion, and a conservatively assessed Rs 20,000 crores from the new capital gains tax of 10 per cent on equity sold after holding it for one year. The huge increase assumed in GST and the undefined budgetary support for “NamoCare” make sticking to the 3.3 fiscal deficit target a bit dodgy in 2018-19. 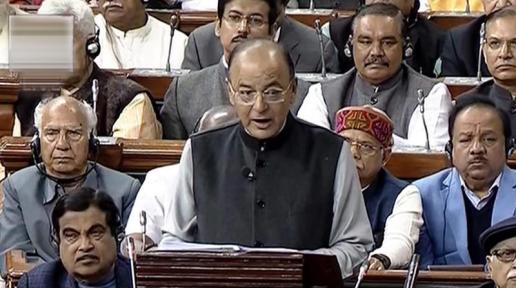 But who knows, maybe the finance minister has some artillery hidden up his sleeve.. Disinvestment has been assessed conservatively in 2018-19 at Rs 80,000 crores, against the achievement this year of Rs 1 trillion. The bank recapitalisation support of Rs 80,000 crores is expected to leverage new lending capacity of Rs 5 trillion. One cannot but  feel that some of the expenditure estimates are a bit conservative relative to the ambition embedded in the programmes.

The good news is ending 2018-19 with a higher fiscal deficit but equal to this year’s at 3.5 per cent is no big deal from the view point of fiscal stability, if all of it is pumped into infrastructure and other investments. But for the Narendra Modi government, which takes targets seriously, it would be an unhappy ending.

The blog and the article mistakenly mention the estimated value of a merged insurance behemoth as Rs 400 trillion. The error has now been corrected in the text. I am deeply embarrassed by this snafu. A more reasonable number is Rs 4 trillion. Regrets.

Adapted from the authors article in The Asian Age February 1, 2018 http://www.asianage.com/opinion/oped/020218/fm-walks-the-talk-honestly-and-judiciously-but-very-diffidently.html

One thought on “FM walks the budget plank gingerly”