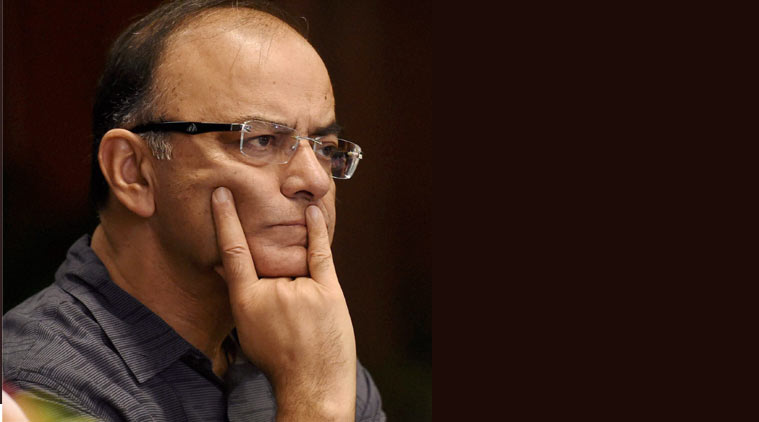 In these cynical times, slim is the market for big ideas, unsupported by facts and figures. The Finance Minister’s 2018-19 budget proposals have met the same fate.

The three big picture proposals –a price assurance scheme covering all Kharif crops at a minimum 50% above their cost of production; boosting agri-product exports from US$30 billion to US$ 100 billion and NamoCare – providing free health insurance for 500 million poor Indians – are being referred to, snidely, as preparation for the state elections this year, closely followed by general elections by in April 2019.

There is some justification for the criticism. The means for supporting these transformative activities are not transparently embedded in the budget. Where is the money to do all this, demand the naysayers?

Piyush Goyal, Minister for railways, remarked, in response to a similar question asked of him on ITV, that those who lack the imagination to think big, are forever dissuaded from “parting the seas” (not his phrase) by the accounting problems. There is some truth in what the Minister says.

NamoCare the game changing first fork of the trident

Let’s take NamoCare first. The budget provides a mere place holder of Rs 20 billion as premia. No estimate of the likely premia were shared. In subsequent press meets numbers ranged from Rs 100 billion (@Rs 1000 per family) to Rs 400 billion were shared by different official spokespersons. Such waffling does not inspire confidence.

Lazy pre-budget preparations are typical outcome of a party having overwhelming majority in parliament. Over time parliament is viewed as a mere inconvenience. It stops being, the key forum to get genuine buy-in for proposals in public interest.

There is little doubt that NamoCare is in the public interest. Heath coverage in India is abysmal. Well-off citizens, government officials and politicians are publicly funded to seek medical treatment in private hospitals rather than risk the vicissitudes of government hospitals. Citizens spend two thirds of the total spend on private health care.

It is in this context that NamoCare could be a breathtaking transition. This writer has a Rs 5 lakh health cover from a government insurance entity. Extending a similar health care cover, for free, to 100 million – the bottom 40% – Indian households, is a huge step towards universal wellness. It also shreds the status quo today, where “class” determines the quality of public service available to citizens. NamoCare is the great leveler.

Is NamoCare unviable and likely to bust the budget? The minimum likely premia is around Rs 5000 per family. This is the existing cost for a Rs 2 lakh family health coverage. Scaling up the turnover can l distribute the risk reducing costs. Scaling up the coverage will enable the government to negotiate down the cost of medical treatment with the health care industry.

Think of NamoCare as a viability gap public funding program to improve the quality of diagnosis and healthcare, rather than the cosmetics surrounding the industry today. Many private hospitals look better than fancy hotels. But the quality of health care may not match up. It is not as if, “best fit” healthcare models are not available in India.  Sankara Nethralya, in Hyderabad, is one such which combines “cut rate” prices with international quality health care.

Despite multiple private insurance companies, only around 210 million Indians (17% of the population) has in-hospital medical care cover of the generic type proposed under NamoCare. The market would be enlarged by 2X when NamoCare comes through. This means a massive incentive for expansion of the private health industry to serve the poor. It is the equivalent of Unilever’s shampoo in a sachet to level product use between the rich and the poor.

But most interestingly, once the bottom 40% are covered along with the top 20%, it is inconceivable that the middle 40% would remain outside the market. Full coverage of the Indian population within five years would create a private health care market at globally unprecedented scale. This is what the Finance Minister meant when he called NamoCare an aspirational proposal.

NamoCare emulates the success of the government financed scaling up of the market for LED bulbs, accompanied by a steep 75% reduction in the price of bulbs, without subsidization, using purely scale economy effects on production.

Critics of the proposal should think of the outlay on NamoCare as a demand boost for kick starting investment in private health care which incidentally is an employment intensive services.

The second fork of the trident are a revised scheme for assuring cost plus purchase of all Kharif crops or direct payment of the difference between the administered price and the market price (if it is higher) to farmers. This aligns with the pilot being implemented by Madhya Pradesh.

Clearly the direct payment option is superior although “big data” based oversight system would be necessary to ensure that “viability gap” payments are not made for the same produce, repeatedly, as was the case with the famous Integrated Rural Development Program financed cattle, in the early 1980s.

The real issue here is whether this is an equity enhancement support scheme or a productivity enhancement scheme. There is much truth to the criticism that the practice of assuring administered prices is inefficient. It promotes the status quo in which big farmers gain at the expense of small farmers who anyway do not have much surplus to market.

Also, it plays to the fanciful view that small farms are more productive than large scale mechanized farming, by making the existing farming practices seem viable. This can only prolong the pain in the context of doubling the productivity of farming. However, one half of rural income comes from farming. Changing the status quo must be done sensitively, aligned to employment opportunities in nonfarm activities, generated by growth.

Another aspect of the rural fork of the trident is the most potent albeit the most innocuous. Mr. Jaitley has promised that agricultural exports would be liberalized. Their export can increase from $ 30 billion to their full estimated potential of $100 million. Total exports are around $ 270 million, so the target is substantive.

The minimum export price for onions has been slashed to zero – as if in response to the Finance Ministers budget assurance. But the truth is that we have a bumper harvest of onions this year and prices have crashed by around 20% over last year’s kharif crop arrival in Maharashtra – the key producer of onions.

We need to do away completely with the practice of putting regulatory controls on the domestic marketing, exports and imports of agriproducts if we are to develop a robust and productive farm sector. Farmers will be watching out for follow on measures to walk the talk of liberalizing exports.

The third fork of the trident was on the revenue side. After a gap of two decades, long term capital gains tax was reintroduced on equity. The stock market expectedly slid by around 2%. Should we worried? Dr. Manmohan Singh once famously brushed aside the stock market as a metric for the mood of investors. Stock market short term movements are created by punters who try and make a killing by anticipating or even creating the public mood.

So, hang onto your stocks. The downturn is temporary. By holding on you spoil the game for professional “Bears”, who short-sell stocks in the hope that they can buy them back cheap, after you have disposed off your stocks.

Others are worried Foreign Portfolio Investors (FPI) will exit triggering a long-term downturn. FPIs are driven by relative profit. Even after a 10% tax on capital gains, the Indian market remains vastly more profitable that what they make back home. Even if they exit following a “risk” derived algorithm, they will be back, once the bottom line starts hurting and if growth in India holds up.

Exit by FPIs could be a blessing. The INR exchange rate could drift down to more realistic levels, diluting the disincentive for exports and pricing imports at competitive levels.

Competitive exchange rates, is a preferred option for Make in India than the selective enhancements in customs duty on imports of electronics proposed in the budget. Beyond the WEF rhetoric, there are good reasons for using trade to enhance domestic competitiveness.

Without competitive pricing, medium term capital allocation signals get distorted; generate anomalies and stranded cost like our stranded capacity of 30,000 MW in power. Poor capital allocation is the consequence of cheap bank capital, industrial slow down magnified by an export slow down; the 2016 demonetization shock and the crippling, but healthy, impact in 2017-18, of GST, on manufacturers, who profited primarily, by operating in the black economy.

Mr. Jaitley’s trident is a powerful instrument to enhance equity, generate growth with “good” work and bring about transformational social changes in India. Not supporting is being short-sigh.

One thought on “Jaitley’s Budgetary Trident”