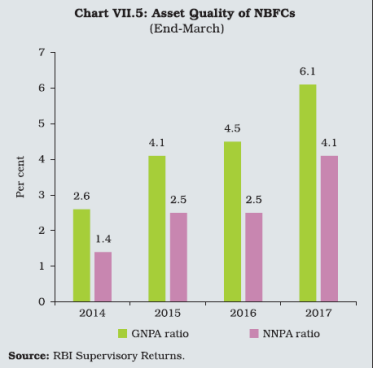 India is deservedly an “emerging market”. Information asymmetries are extreme and caveat emptor rules, making investment riskier than it should be. The rapid implosion of the Infrastructure Leasing and Financial Services (IL&FS) — a private group — bears this out.

First, consider that no outsider knows how many subsidiary companies it has. Estimates vary from a low of 135 to around 350 — the latter shared by Uday Kotak/Vineet Nayyar,  the new inductees to its board appointed by the National Company Law Tribunal (NCLT). The consolidated group accounts in the annual report are of some help, but not enough.

Second, Indian credit ratings seem to count for less than yesterday’s newspaper. IL&FS was proud to state in its 2017-2018 annual report that it enjoyed the highest credit ratings. But barely three months from the year’s close, when incumbent chairman and founder Ravi Parthasarthy (he built the IL&FS brand from 1989) resigned in July 2018, all three rating agencies rushed to protect their credibility by downgrading the outstanding debt in August. Today, it has junk bond status. Why has the Securities and Exchange Board of India not proceeded to penalise all three rating agencies for deliberately misleading investors?

Third, venerable “names” on the IL&FS board apparently added far less value than the compensation they drew (admittedly small by the standards of Indian corporates) as nominee and independent directors. Not one of them has had the decency to say sorry by refunding the compensation they received from 2014 onwards. By then all of them were guilty of neglecting the public interest and the interest of minority shareholders.

Fourth, consider also how closely we resemble China in the opaque, patrimonial use of state power.  IL&FS was not even a public limited company. In retrospect, it is highly unusual that government financial institutions, as a group, were the largest shareholders of a private limited company — with no market signals to go by except the credit rating and the “insider information” that their nominee directors had on its sustainability or health.

Just like in China, where public entities boost private profits, the Life Insurance Corporation of India (LIC), a public sector insurer, with assets in excess of Rs 25 trillion, chose to become IL&FS’ equity investor with a 25.3 per cent share. In 2015, when the board discussed selling out to a strategic investor, LIC valued its shareholding at Rs 32.5 billion (Rs 1,000 per share). The market feedback for the share value was Rs 17.85 billion at Rs 550 per share. LIC refused to sell. Today they would be lucky if they get Rs 0.3 billion (face value of Rs 10 per share). Their myopia wrote down the value of their investment by Rs 17 billion in three years. Will the top investment manager in LIC be sacked? Not likely.

Other kindly public sector entities also shored up the equity capital of IL&FS. State Bank of India (6.4 per cent); Central Bank of India, one of the 11 scheduled commercial banks under the Reserve Bank of India’s Prompt Correct Action list (7.7 per cent) and UTI ULIP Plan (0.8 per cent). Together they amount to 40 per cent of the equity in IL&FS. 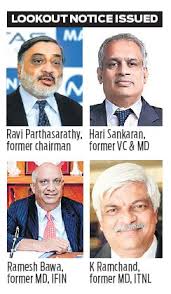 Fallen icons are easy to drag through the mud especially when they hang on beyond their time. Larsen & Toubro (L&T)is another private giant in the infrastructure space with the banyan tree. But to its credit it is run as a very tight ship with a diversified management cadre, low debt leverage and a massive pipeline of projects – a shining beacon of what professional management can achieve even in India where family owned businesses rule the roost. A quick take over by L&T could reassure financial markets.

In it’s heyday, IL&FS too was a private company with chutzpah — the darling of the government and multilateral agencies; a brand leader in professional management and financial innovation and the flag bearer of the 1990s’ financial revolution of leveraging government resources with private capital and management. 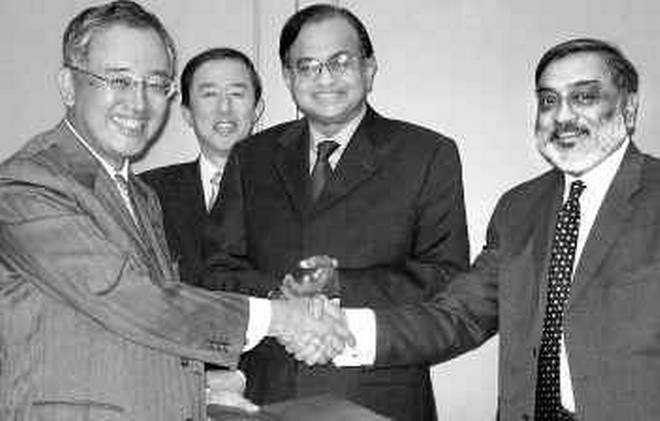 Even the government was persuaded. The 12th Five-Year Plan (2012-17),  which was prematurely junked in 2015 by the Narendra Modi government, assumed a never-before share of 48 per cent from private investment. Actual private investment in the 11th Five Year plan was just 36 per cent. Since then reality has dulled this mirage.

Satyam Computers redux a decade later: NCLT replaces the board in public interest

The National Company Law Tribunal, persuaded by consistent default on debt repayments, appointed a new board on October 1, 2018, under Section 242 of the Companies Act 2013. Similar action was taken in the case of Satyam Computers in January 2009, when its chairman courageously, admitted deliberate accounting fraud and took responsibility. Deepak Parekh, the go-to banker for all seasons of the time and financial entrepreneur (HDFC) helmed the new Satyam board then just as Uday Kotak, India’s most respected banker today, now helms IL&FS. 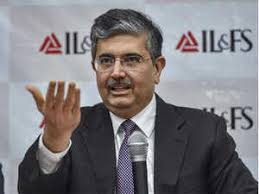 Vineet Nayyar, a retired babu and subsequent corporate veteran, is vice-chair. He is a Mahindra insider. He was an inductee into Satyam and become vice-chairman of Mahindra Tech, the company which absorbed Satyam in 2013. Wikipedia lists him as also being a director of Kotak Mahindra Old Mutual Life Insurance.

The new management has been quick to reassure investors that the value in IL&FS shares will not be allowed to be eroded. These are heroic sentiments. But savvy investors are unlikely to be reassured till IL&FS, a widely-dispersed holding company, with a finger, an arm or a leg in virtually every segment of the infrastructure business, is cut up and sold. Secretary, Department of Economic Affairs assesses a 9 month period for resolution. Politically it is sensible to kick the can down the road till after the general elections in May 2019. But the interest on the outstanding debt of around Rs 1.3 trillion will mount over this period. Continuing defaults on short term debt (medium term debt is just around 30 per cent of total debt) and inability to refinance will freeze operations. 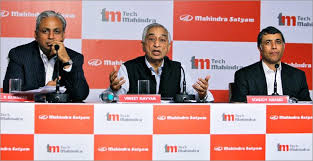 Strategic disinvestment worked in the case of Satyam because Mahindra & Mahindra stepped in within a few months. This seems unlikely in the case of IL&FS. Infrastructure is in the doldrums. State and national elections will engross the public mindspace over the next nine months, making it tough for the government to be seen as openly helping a private limited company revive. Also, the viability of the business is suspect. The good news is that under the morass of linked IL&FS companies, just 11 subsidiaries constitute around two-thirds of the net assets and around 50 have a similar share in profits/losses — a tighter restructuring task though by no means easier.

Ravi Parthasarthy and Hari Sankaran, his faithful second-in-command of long standing, are being hounded today by officialdom, which bares its fangs only after the fact. But the future is sure to recognise them as India’s very own “robber barons” in the American mould, like Vanderbilt, Drew, Crocker and Morgan, who shunned convention and used a toxic fusion of privileged access to state power, private finance and infrastructure investment into private engines of economic growth.

But whoever stalks the Rs 12 billion worth, chic, open-plan, fish-bowl interior of the IL&FS head office at Bandra Kurla – a monument to corporate ebullience – is unlikely to have quite the same spring and elan as the original founders and their closely knit management team. A pity it all had to end this way.

Adapted from the author’s opinion piece in The Asian Age, October 9, 2018 http://www.asianage.com/opinion/columnists/091018/ilfs-emerging-indias-very-own-robber-baron.html