Posted on December 19, 2018 by Sanjeev Ahluwalia 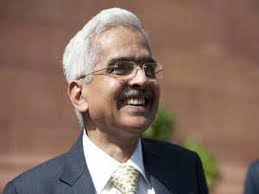 Babus are hugely upset, understandably so, at the less than laudatory media coverage of Shaktikanta Das, an IAS officer of the Tamil Nadu cadre who had retired as secretary, economic affairs, in the finance ministry and was appointed the 25th governor of the Reserve Bank of India last week.

The first two governors of the RBI worked under the Raj. The term of the first Indian governor, C.D. Deshmukh, from 1943 to 1949 spanned the Raj in decline and the first blush of Independence.

The government opts for trusted management & stability at the RBI

Governor Das was appointed in a hurry. The last-minute scramble could reflect the just-in-time decision-making style of the Narendra Modi government. Alternatively, governor Urjit Patel, his predecessor, either quit without notice or the government preferred to keep his notice in the “pending for perusal box” till the Assembly elections were over.

Deserting the ship with barely a few months to go for the 2019 general election evokes unsavoury parallels with the practices of the rodent family. Did the pragmatic Mr Patel bail out just in time?

The government needed to find a credible and reliable successor quickly, and so it did. Frankly, by choosing to leave rather than stay and fight, neither Raghuram Rajan nor Urjit Patel served the cause of the lateral entry of professionals into the government. Given that government servants face political challenges from the day they take charge, they mostly do not run away. Some wilt under the constant political pressure and become rubber stamps. But for every one officer that wilts, there is always another that does not. 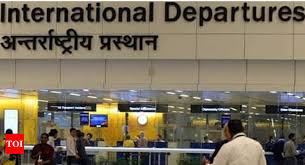 Professionalism in business or the government requires having the stamina for remaining true to one’s mandate and professional discipline. To be sure, this is a very demanding war of attrition which requires guile, outstanding negotiation skills and trusted networks. Professional economists parachuted in from academia or international financial institutions need to learn these skills. Many who joined the government in the 1980s mastered the art and flourished. Pure technical competence comes up short against a politico-bureaucratic wall. The more technocrats push, the more bad cholesterol is caked onto the wall which keeps rising higher and becoming thicker, choking off all the networks and much-needed communication.

Governor Das has the necessary attributes in plenty. So there is little chance of communication networks becoming choked either with the government, his colleagues in the RBI, the regulated entities or the media – who are finally the “brandmakers” of those in public service.

Consider Governor Das’ first media conference. Convened within hours of his taking over, it was risky. Professional economists would have felt compelled to announce their “agenda” and share their opinions on current issues, which could end up being disastrous, before they had established their equations with those who matter in the government.

In contrast, Governor Das was under no compulsion to announce policy. He used the well-worn tactic of “the sarkari novice”, frankly admitting his need to consult widely before forming any opinion on core issues – such as the future governance architecture for the RBI; capital adequacy norms; liquidity concerns of industry and the misleadingly titled inflation-growth trade-off.

Post-disruption consolidation fits a Babus skill-set like a glove

Governor Das has most likely internalised the adage that “those who ignore history are doomed to repeat it”, and will avoid all the mistakes of his worthy predecessors – like succumbing to ill-conceived government proposals – while continuing the foundational work started by them. This includes making the banks competitive through timely and rigorous oversight “red flags” and keeping inflation in check. Collapsing food prices and the deflated cost of imported oil are an unstable foundation for a cheap money policy. With the government committed to maintaining the fiscal deficit for fiscal 2019, innovative mechanisms for enhancing public finance are needed to alleviate farm distress; selectively recapitalise efficient financial intermediaries and facilitate the flow of credit to new neo-capitalists in small, employment intensive industry.

Governor Das is likely to quickly and quietly take steps to dilute political opposition to the RBI discharging its core mandate. It helps that no government likes to go into an election with consumer prices shooting through the roof. For the next six months, the objectives of both the government and the RBI are aligned on inflation.

Governor Das – an outlier amongst economists heading central banks, but he is not the only one

Caste-obsessed India puts a high value on having the right academic credentials for non-political, leadership level “economic” positions – the RBI governorship being one of them. Governor Das’ “academic caste”, with a Masters in History, makes him an outlier. Since 1992 RBI governors have had a Ph.D. in economics. The last non-economist governor was S. Venkitaramanan, a physics major and a career bureaucrat, who was also finance secretary at the Centre. He had to make way in 1992 for Dr C. Rangarajan, a RBI deputy governor RBI, who had the trust of Dr Manmohan Singh, Prime Minister in the UPA government, who unleashed economic liberalisation and reform.

Governor Das need not feel lonely as an outlier. Not so long ago lawyers have been governors of the Bank of England Gordon William Humpherys Richardson (1973 to 1983) and Robert Leigh-Pemberton (1983 to 1993). In the United States, William Miller, a marine engineer and lawyer turned corporate honcho, was appointed chairman of the Federal Reserve (serving from 1979 to 1981) by President Jimmy Carter. More recently, in 2012, President Barack Obama appointed Jerome Powell, a politics major with cor-porate experience as a member of the Federal Reserve board. In 2017, he was elevated by President Donald Trump to be chairman of the Federal Reserve.

This is not to say that academic credentials do not count. They remain a golden key to access narrow, tribal sects like that of central bankers. But in the Indian context, with two-thirds of financial institutions and a large chunk of formal industry in the public sector, it is far more important to bridge the yawning gulf which has opened up between the politicians and the RBI. 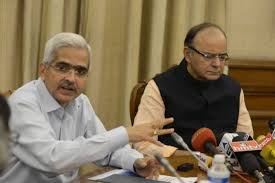 Governor Das enjoys the trust of the government. Barring a short stint on deputation to the domestic private sector, he has shown no inclination to shoot and scoot. He will fit right in and he shall fight till the very end.

Adapted from the author’s opinion piece in the Asian Age December 19, 2018 http://www.asianage.com/opinion/columnists/191218/new-raja-likely-to-be-a-good-fit-at-mint-street.html

One thought on “Das – the new Raja of Mint Street”