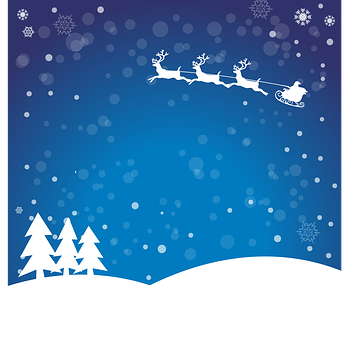 Santa Claus is known globally for his — yes, his is still a male preserve — penchant for grunting his massive bulk through chimneys, including, miraculously, the narrow outlets of smokeless challahs, into homes to bestow gifts on sleeping children.

He is the original behavioural economist, grading gifts by the quality of a child’s behaviour over the past year as closely monitored by his elves and a microscopic drone hovering unseen wherever the children live. His mystique is enduring. Even young adults wait eagerly for this time of the year, including in godless and non-Christian countries, such as China.

Back home, the Narendra Modi government celebrates Christmas Day as Good Governance Day because it is also the birth anniversary of the late Atal Behari Vajpayee. This is appropriately contextual. After all, Santa lives in Lapland, is white and makes his reindeer fly, though their contract with “the maker” is only for terrestrial transport. Also, who knows if he pays minimum wages to his elves — though they do look ruddy and seem as happy as him.

This year Santa is visiting India betwixt elections when good governance is generally put on ice. Globally, all democracies — including the United States at present — seem intent on showcasing their governance deficits even as Santa visits. Such is the global decline in democratic governance that even dodgy regimes, such as China and Russia, appear stable and mature in comparison.

India swings between two discrete governance models. One is democratically-decimated Britain. In that country, actually, only 10 million immigrants (15 per cent of its population) identify with being British. The majority of citizens identify themselves as being English, Scottish, Welsh or Irish. The second governance model is of crazily centrist China — where the Communist Party of China rules supreme as a refuge for the rich and a lifeline for ordinary folk.

Most of our political parties are centrist entities with dominant leaders who govern top downwards. The preferred power centre is New Delhi. This has been the norm for long, except for a few diehard, de-centralisers — the most prominent being a Fabian Socialist, south Indian Congress leader, who has travelled the world, except South India.

But unlike China, we do not have an orderly line-up of party leaders to ensure policy stability. Our leaders face the people every five years with uncertain prospects. A few manage to evade even this minimum democratic hurdle by entering through the Rajya Sabha — a backdoor for the unelectable, shoe-in party favourites.

The ghosts of 1947 haunt our electoral systems

Santa doesn’t care about political systems. Only children matter to him, and they are the same everywhere. His is a multinational corporation spreading good cheer, with parents as partners. But he would not have approved of our dysfunctional, first-past-the-post electoral methodology, which encourages vote splintering and works against small but significant segments of voters. Those committed by ideology (greens), profession (urban workers), religion (minorities like Parsis or Buddhists) or culture (Tamils in Mumbai; Bengalis in Assam; Malayalees in Delhi; Northeasterners in Kolkata) get effectively disfranchised and thereby disenchanted, with the greatest democratic mobilisation in the world.

Everyone is a Santa Claus during elections

Elections in India rival Christmas for the generosity shown to strangers. Note, however, that unlike Santa, our political parties ignore past performance as the metric for reward. Instead, it is future behaviour, in the voting booth, which is sought to be influenced.

Consider the agriculture loan waiver binge started by the BJP, during the February 2017 Uttar Pradesh elections, to win this crucial state, which they did. A copycat ploy was successfully used in the Karnataka elections in May 2018 by a loose alliance of the Congress, Janata (Secular) and the Bahujan Samaj Party. Punjab’s Congress government was quick to follow suit even though the next election there is in 2022. Rajasthan’s BJP government, that was shaky while going into the 2018 elections, waived agricultural loans. But the party lost anyway.

The Telangana Rashtra Samithi waived agricultural loans and provided cash transfers. It won the Assembly election earlier this month by a landslide. Congress president Rahul Gandhi went a step further by announcing that if voted to power in the 2019 general election, agricultural loans across the country — a staggering Rs 11 trillion, around seven per cent of India’s GDP — would be waived.  The party had expected to win only in Rajasthan. Instead, it got a bonanza — Rajasthan, plus a clean sweep in Chhattisgarh and muddling through in Madhya Pradesh.

The BJP is unlikely to remain a sleeping partner in competitive populism for the 2019 general election. It is already busy reducing the incidence of prohibitive GST rates to appropriate the Congress’ agenda of lowering the GST rates to 18 per cent. Meanwhile, the GST tax collection is running well below target this fiscal year.

Tax reductions and loan waivers may win elections. But it is a pyrrhic victory if pre-poll promises empty out the nation’s treasury.

Santa would not have approved of loan waivers for farmers being justified as a blunt tool to level the field between big farmers and their big, bad industrialist friends, who siphon off bank loans for personal gain. In any case, the scale of capture is heavily weighted in favour of a few thousand industrial families who consume 40 per cent of bank credit versus several million farming families accessing just 15 per cent of bank credit.

Santa would much rather have gone the way the government of Odisha proposes to — avoiding loan waivers but enhancing rural incomes by providing a fixed, and thereby progressive, cash transfer to all small and marginal farmers, including landless share-croppers; free crop, life and personal accident insurance and cash support for the differently-abled and the elderly.

Santa and Atalji – Everyone loves them for ever

Santa would also have used his elves and microscopic drones to ferret out honest small and micro-businessmen with a viable revenue model without evading tax but who were beggared by demonetisation or GST. To them he would have offered cash support and term loans at commercial rates and freedom from market restraining regulation. But then Santa doesn’t need votes. Everyone loves him anyway — just like Atalji — who looms larger now than ever before.

Adapted from the authors Opinion Piece in the Asian Age December 25, 2018 http://www.asianage.com/opinion/columnists/251218/some-tips-from-santa-on-good-governance.html