Posted on December 28, 2018 by Sanjeev Ahluwalia

Kashmir – The Valley, as distinct from Jammu or Leh – has learnt to live with low-intensity conflict. But a new deal in the New Year would be welcome.

Conflict literature presents development as an option. The logic is appealing – development lifting all boats, thereby making disruptive conflict too expensive to pursue. This is generally, though not always, true. Happy citizens rarely upend the status quo.

Democracy is also presented as a driver for conflict resolution because it imposes an institutional need for broader participation and consensus. This relationship is less well established. Several post-conflict jurisdictions, once past the first flush of peace, tend towards autocratic rule. Rwanda and Ethiopia, in Africa, are perfect examples – aid favourites in the noughties both now struggle to balance democratic politics with stability and growth.

Kashmir can benefit from three lessons learnt in the practise of conflict resolution.

First, stabilising conflict ridden economies requires buckets of money to make peace too profitable to fail. From a Kashmiri’s perspective, the net benefits accruing from the Union government remain far below expectations.

Jammu and Kashmir’s (J&K) per capita net state domestic product (PCNSDP) was Rs 74,653 in current terms FY 2016. This was 26 per cent lower than the average for India; 58 per cent higher than Bihar – state with lowest PCNSDP but 3.3 times lower than Goa – state with the highest PCNSDP.

Not surprisingly, J&K grew at only 9 per cent per year (current terms) from FY 2012 to FY 2016 – lower than the average for India at 11 per cent and Bihar at 10 per cent.  In comparison, Nagaland and Mizoram grew at a furious 16 and 18 per cent respectively. This flags the potential for larger state support in Kashmir to kick-start conflict mitigating growth.

Per capita central grants are not necessarily the best tool for horizontal equity across states. But this cross state comparison illustrates that the adequacy of Union support is a major missing piece in our Kashmir strategy for conflict resolution. Praveen Swami – a leading security analyst – is of the opinion that the Union government has a limited objective in Kashmir of containing the violence and stopping it from spilling over to the rest of India.

A “heaven on Earth” –  but can we free the angels and rein-in local greed and perverse political tactics?

Kashmir is not a typical conflict zone. It has enormous institutional, workforce and natural endowments. The NITI Aayog state level socio economic development baseline (November 2018) for measuring achievements against the Sustainable Development Goals confirms this view. J&K is in the category of “Achievers” with 22 other state governments. There is no state government in the top category of “Performer” and only three (Himachal Pradesh, Kerala and Tamil Nadu) in the next category of “Front runners”. “Achievers” are immediately below with an index value ranging from a high of 64 (Andhra Pradesh) to a low of 50 (Jharkhand). J&K at 53 is not far from the index value for India at 57. Not bad for a state where conflict has been endemic over the last three decades.

Only strong local parties can deepen democracy in Kashmir

The second lesson from conflict theory is that effective local participation in decision making can dilute conflict. Ramping up central government support should be accompanied by a political bargain which cedes political dominance to local parties in border-states.  The Union government must forbear from using grants-in-aid as an instrument of political capture in the border-states, where the ensuing bidding war for “hearts and minds” can become international. 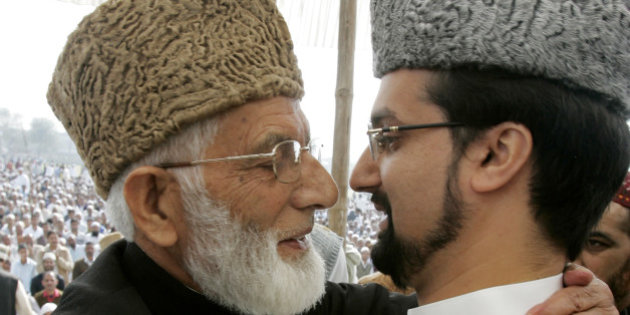 It is natural for small regional parties in border areas to align with the Union government – irrespective of which party is in power. Consider also that it is cheaper to rule with the consent of people than without. Vietnam, North Africa, West Asia and Afghanistan bear witness to the futility of politically motivated regime change. It is far more difficult and expensive to change the context and the informal structures, which under-grid local power sharing arrangements.

Kashmir has an unfortunate history of Union governments becoming edgy and obsessed by the potential uncertainty of the “interim” arrangement regarding Kashmir’s accession to the Union under Article 370 of our Constitution. We should walk our talk of “de-facto permanence” of the existing arrangements, more definitively, for it to be credible.

Third, an organically grown political architecture is a more stable basis for power sharing than an obsession with best practice governance templates. Democracy is a mixed blessing and more so in conflict prone areas. It provides the structures for representative political governance. But in practise, it is complex to administer and often indistinguishable from the “patrimonial plutocracy” it seeks to substitute.

It is not necessary for Kashmir to aim at a level of political sophistication which, even the “front runners” amongst India states, find hard to practise. Elite capture exists across India, not just in Kashmir. Crony capitalism is not just a Kashmiri or an Indian version of party financing. Petty corruption is endemic everywhere. Solving such high level problems of political economy should remain a second order concern.

Dumbing down our aspirations for Kashmir would help. The priority is to stabilise Kashmir politically; reduce internal insecurity and counter external influence. Increasing local incomes through direct cash transfers is a smart move, despite the level of poverty being in the low single digits because conflict related instability constrains opportunities for productive jobs and entrepreneurship.

The Union government must step in more substantively, as it did, in Nagaland and Mizoram. Investing in Kashmir is a long term, value-for-money proposition. Consider that tiny, Muslim majority Kashmir, lends credibility to the sophisticated plurality of Indian democracy. There is little to be gained by turning that ground truth on its head.