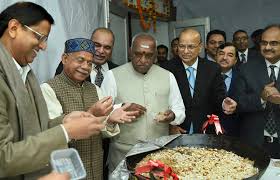 The ritual halwa has been consumed in the cavernous basement of the Ministry of Finance and the budget printing team consigned incommunicado for the next ten days in a Byzantine tactic to maintain budget secrecy.

Nothing illustrates the continuing “duality” of India than the fact that meanwhile the Finance Minister, Arun Jaitley remains deeply engaged with the process digitally, including via twitter, from 12,000 km away in the United States, where he is being treated or tested. But he shall present the budget papers live, in parliament on February 1, 2019. 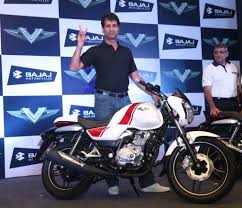 So how important is it that he makes a good show of it. Rajiv Bajaj – the 52 year old Managing Director of the Bajaj Group, son of veteran industrialist and politician Rahul Bajaj – hasn’t watched a budget speech for the last three decades. He would rather develop another Pulsar rather than waste his time. Plain speak is clearly deeply embedded in the Bajaj gene. But he is not far from the truth.

If budgets days are passé then “Interim Budgets” are even more so. The term itself is colloquial for the underlying fiscal mechanism of a “vote on account”, which requests parliament to approve a continuation of the previous year’s expenditure. It also presents the financial statement for the last year and projects the next year’s revenues and expenditure. No new expenditure (very strictly not even annual increments for government servants) or taxes are permitted. But that stopped being the case some time back.

Haribhai M. Patel’s Interim Budget of March 28, 1977 was the last Gold Standard template. He presented what the recently defeated Congress government of Indira Gandhi as Prime Minister and its Finance Minister Chidambaram Subramaniam had prepared in advance. In a terse 9 paragraph speech Patel distanced the new Janata government of Morarji Desai from owning the interim budget and presented it as a “vote-on account” thereby enabling government business to continue whilst the Janata government prepared its own budget. Unfortunately, this worthy convention was abandoned thereafter, confirming the laypersons view that in India’s constitutional law, anything which is not specifically disallowed is permitted, if compelling reasons can be adduced.

R. Venkataraman’s 1980 interim budget opened a door for the deluge to follow

R Venkataraman’s interim budget speech of March 11, 1980 was 40 paragraphs long. It proposed amendments to the Income tax Act via a Finance Bill – this was the thin end of the wedge for subsequent departures from the convention of a dry “vote on account”.

Yashwant Sinha 1991 played with a straight, albeit a loquacious bat.

On March 4, 1991 Yashwant Sinha presented his maiden budget for the short lived Chandra Shekhar led Janata Dal (Socialist) government. He departed from H.M. Patel’s quietly erudite style. At the time, India was navigating a fiscal typhoon with every indicator of stability awry – hence the necessity of detailed explanations. One innovation, aligned with the “Socialist” belief in the public sector, was the stated intention to “disinvest” up to 20 per cent equity in state owned enterprises but only to publicly owned financial institutions. Subsequently this became a favoured ploy to close the fiscal gap by clever accounting.

The context of the aforementioned interim budgets differs from what the National Democratic Alliance faces. These were not prior to general elections, as is the case today. The three contextually similar interim budget speeches are – Manmohan Singh in 1996, Pranab Mukherjee in 2009 and P Chidambaram in 2014.

P Chidambaram 2014 – “whether it is a regular Budget for the full year or an Interim Budget, some things remain the same”

Chidambaram started his speech, characteristically, with a pithy comment – “whether it is a regular Budget for the full year or an interim Budget, some things remain the same”. Expectedly, his speech contained 85 paragraphs spanning a review of the past year; the UPAs report card and what should be done in the coming years. He also defied convention by lowering excise duty across a range of goods, including automobiles and justified it as being occasioned by the poor economic situation.

Pranab Mukherjee 2009 – homely and striving to please all

Pranab Mukherjee’s speech, earlier in 2009, was a shorter version in the same style. But he was careful to detail how the government had benefited each section of stakeholders – a grandfatherly recounting of equity and fairness as compared to the more remote, generic reform tone of Chidambaram.

Manmohan Singh 1996 – Wily but sincere, casting his legacy -“economic reforms with a human face”- in stone.

But the prize for understated and yet highly political departure from the bland “vote on account” convention, goes to the speech by Manmohan Singh in 1996-97. Reflecting his persona, the speech is steeped with sincerity and carefully harnessed triumph at the runaway success of the 1992 to 1996 “economic reforms with a human face”. The most striking outcome, in today’s context, was that 6 million jobs per year were created – higher than the previous best of 5 million per year during the 1980s. 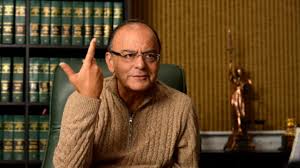 So which model suits Arun Jaitley best? Most likely the Chidambaram template. However, he is unlikely to offer any reductions in tax rates because he expects to be back and will have to live with his largesse. He is also unlikely to relent to pressure to exceed the fiscal deficit target of 3.3 per cent of GDP. Fiscal rectitude has been his signature tune. He might bravely project a reduced fiscal deficit of 3 per cent for 2019-20, just as Chidambaram had handed him a target of 4.1 per cent for 2014-15 (down from 4.6 per cent the previous year) – a challenge he accepted and won.

Jaitley is a “peoples’ person” unlike Chidambaram who is an “issues person”. He will spend time on what the NDA proposes to enhance incomes and create jobs for each stakeholder group. Allocations will be enhanced to relieve distress – agrarian, small and medium enterprises and small retail and for social security and health, security and defence – socio-economic and defence compulsions are the hoary justification for departing from the strict “vote on account” form.

Curiously, the strike rate for a “populist” interim budget garnering electoral benefit is just 33 per cent. The Mukherjee’s budget worked. Both the Manmohan Singh and Chidambaram’s interim budgets flopped. But the low strike rate is unlikely to deter the BJP from doing the impossible – after all they don’t leave any stone unturned to win.