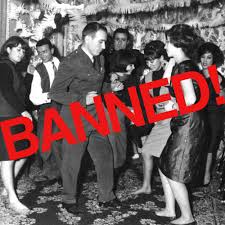 A “Shah” is born in India

Four decades later almost to the day another Shah – a commoner and an Indian Kashmiri – Faesal Shah – was driven by his conscience to resign from the elite Indian Administrative Service – in a high visibility protest against what he perceives to be the neglect of Kashmiri people by all political parties; the low commitment to improve the lot of the people and the “forced” marginalisation of the political process due to the Armed Forces (Special Powers) Act being in force and a blinkered political process which excludes those – read the Hurriyat – from political negotiations, who seem to have the people with them and can undermine even the elections by asking people not to vote – as in the recent municipal elections. 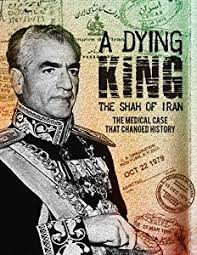 Shah Reza Pahlavi of Iran was an implant of the “great western powers” – the United States and Briton, whose interests were twofold in 1941 – access to Iran’s oil and to ward-off a communist threat. Iran’s northern border is contiguous with Central Asian and Eastern Europe – at the time, part of the USSR and hence the strategic interest in having a friendly regime in Iran. His error – repeated by the West thereafter in Afghanistan – was in thinking that a small elite with a polished western exterior in dress, language and social norms, could transform a deeply traditional, highly cultured society, through education (remember Macaulay in India ) and voting rights for women. It failed because the people were not ready and well-funded religious leaders across the border had the wherewithal to play up the deprivations of the people and target their anger against “foreign” rule by proxy.

From the Kashmiri point of view there are many parallels between Iran in 1979 and Kashmir today. The most obvious is the cry of Islam being in danger at the hands of merciless “foreign” – in our case, perceived “Hindu fanatics” from Delhi. 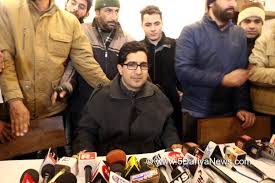 Faesal Shah is a homegrown Kashmiri young man whose father was gunned down by Kashmiri “militants” – as they were once known. Today we call them “Terrorists”. He is a qualified doctor of medicine who topped the civil services exam and opted for the IAS and also opted to serve in his home state – Jammu and Kashmir. He served for nearly nine years before resigning.

Politicians in Kashmir most particularly National Conference Chief Omar Abdullah have hailed his decision and urged him to join politics. Faesal himself is inclined to do so though he has not decided the “how” and the “when”. It seems his interest is to fill the gap between the existing political process and people on the ground. This is unsurprising given his life story and personal experience of losing his father – a school teacher, at an early age because he did the “right” thing by refusing to shelter militants.

The existing mainstream political parties – Abdullah’s, National Conference and Mufti’s, People’s Democratic Party are Indian versions of Shah Reza – the establishment collaborating with foreign influences and compromised by funds from Delhi, with a long history of poor governance. The Hurriyat is styled as an Indian version of the uncompromising, righteous, Ayatollah Khomeini of Iran, around whom the common people rally.

It is more than a trifle disconcerting that Faesal Shah, a prime candidate for becoming part of the Kashmiri establishment should have deemed it better to reject its warn embrace in just nine years on the job. His doing so on the principled grounds of the poor governance by the establishment; its lack of concern for public interest and its willingness to carry on without widespread public support, makes it worse because it calls in question, somewhat unfairly, the motives and objectives of all those who have chosen to stay behind.

It is not surprising, therefore, that representatives of the bureaucracy and “nationalist” right-wing  opinion have been vocal, including in the mainstream media, in belittling Faesal Shah’s concerns; questioning his intent and discounting the impact of his resignation. This is a human reaction from those who choose to carry on doing a thankless job, within the establishment, even if they know that just going on repeating the errors of the past, is unlikely to bring better results in future. Some may even grudge Faesal. the option available for an “insider” like him, to become a politician and jump straight into the driver’s seat.

But far more substantively, Faesal Shah’s actions should trigger a rethink of the way we manage Kashmir. Unlike the North East, we are not content to allow local elites to consolidate their power. We are insecure because the local elites are Muslim and we believe that Pan Islamism is a more powerful glue than nationality.

We are apprehensive of the attractions of a China-funded Pakistan, as a counterweight to better integration of Kashmir with India. We allocate less grant finance to Kashmir, on a per capita basis, than we did to similarly disturbed areas in the North East – Nagaland and Mizoram – which have since stabilised with complete local elite control over the politics.

Kashmir like Afghanistan, cannot be ruled from outside. We have to support local politicians to find local solutions to local problems. The less we intervene and the more infrastructure we finance, the faster will Kashmir settle down. It is high time we start listening to the Faesal Shah’s of Kashmir. They provide useful tips to avoid the mistakes of the past. Boots on the ground might be necessary till Kashmir stabilises. But they should be local boots, not those imported from Delhi.

2 thoughts on “A Shah is born in India”