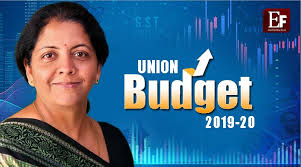 Finance minister Nirmala Sitharaman made history merely by standing up to present the Union Budget on Friday — being India’s first full-time woman FM to do so. True to the forceful style of the BJP, she delivered the speech with zeal and conviction to the loud thumping of desks by the treasury benches with a meek Opposition listening with feigned indifference.

No breaking news headlines except Sitharam herself

Despite a long speech there were no magic bullets presented to kickstart a virtuous cycle of investment, growth and jobs. This disappointed all those who have become used to momentous schemes being announced under Modi 1.0. In any case, this task had already been done by the Interim Budget presented in February by announcing the Kisan Samaan Scheme, which is now targeted to spend Rs 750 billion on distributing Rs 6,000 to each of the 125 million farm families.

The FM hung on to the highly aspirational goal of making India a $5 trillion economy by 2024-25, with a similarly implausible near-term target of taking our $2.7 trillion economy to $3 trillion by the end of this year — an increase of 11 per cent. Recognition that real growth above seven per cent per year may not be possible seems lacking. The Budget assumes a nominal growth of 12 per cent over last year. Assuming inflation remains within four per cent, this would require eight per cent real growth. With growth consistently decreasing from eight per cent in Q1 of last year to 5.8 per cent in the last quarter, nothing more than seven per cent seems likely.

Ironically, the FM was at pains to point out the need for policy certainty even as the Budget seems to be violating the fiscal framework and the target assumed months earlier in the Interim Budget of February at RD of 2.2 per cent and FD of 3.4 per cent respectively, with an assumed nominal growth of 11.5 per cent. The Economic Survey 2019-20 had dwelt at length on the need for policy certainty too. But it seems that Modi 2.0 is still prone to “cross the river by feeling the stones” rather than play more conventionally to a settled macro framework.

The votes are in welfare not painful economic reform

Welfare of the “gram, garib and kisan” appear uppermost in the economic goals of Modi 2.0. This is as it should be in a country where implicitly everyone accepts that nearly one half of the 240 million households are below the poverty line. Modi 1.0 had started benefiting them by completing the electrification of such habitats; building toilets; providing free access to cooking gas and a house to those who did not have one. These massive welfare programmes are now being completed. A new programme has now been started of providing piped drinking water to all households to complete the set of private goods at public expense.

Purists looking for concrete measures to kickstart investments were left unimpressed. There were some  initiatives, albeit, none which will have the kind of scaled impact citizens expect from Prime Minister Modi.

The government did well to recognise that in the near term domestic savings are unlikely to revive. Households have been burnt by the real estate and stock market slump where their capital is locked up. Corporate profitability is flagging. Public savings are negative at the Central level, though state governments have recorded a marginal revenue surplus of 0.2 per cent of GDP in 2018-19. The only option is to enhance the use of foreign savings.

With this in view, the government will directly borrow overseas via commercial debt and or bonds. This is a biggie. We have till now borrowed only via the rated PSUs. Borrowing directly brings the government upfront in contact with the bond markets. 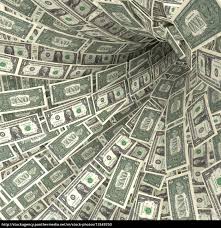 Also, much of the regulation which constrains foreign portfolio investment (FPI) flows via sector and company level caps including for public sector enterprises is to be liberalised.

Hopefully liberalisation of the regulatory regime for FPI and foreign direct investment (FDI) in aviation, insurance and animation; dilution of local sourcing norms in single brand retail and opening FPI in real estate and infrastructure investment trusts could pull in an extra $20 billion required every year to ramp up investment to 35 per cent of GDP at the end of five years from the existing 30 per cent This single step can add an additional 0.2 percentage points to growth in the first year, and one percentage point in the fifth year.

Conscious that something more immediate needs to be done, the Budget proposes a one-time partial government guarantee to publicly owned banks for upto 10 per cent of their lending, up to Rs 1 trillion, for a period of six months to rated Non Banking Finance Companies (NBFCs). This is a dodgy move, the efficacy and propriety of which will revolve around the quality of execution. In consonance, the RBI’s regulatory control over NBFCs and housing finance companies is being strengthened — possibly to exercise closer oversight.

Income Tax relief for the neo- middle class and 99.3 per cent of companies

On taxation, there is welcome relief for small taxpayers, with the nil tax slab now enhanced for those with taxable income up to Rs 5 lakhs. Similarly, the eligibility limit for corporates to avail of the lower 25 per cent tax is increased from revenue of Rs 250 crores to Rs 400 crores, thereby benefiting 99.3 per cent of companies. But that is about it — understandably so because tax breaks when revenue receipts are not buoyant could risk fiscal stability.

Picketty Tax on incomes of the Super Rich

However, an additional excise duty of Rs 1 and cess of Rs 1 per litre of petrol and diesel is sure to rile the aam aadmi in urban areas and farmers. However, the levy aligns with the “green” stance of the Budget, which also intends to spend Rs 100 billion for promoting electric vehicles (EV) including a tax deduction of upto Rs 1.5 lakhs for those buying an electric vehicle, on which GST has been reduced from 12 to 5 per cent. Putting a surcharge on petroleum fuel use is an added incentive to switch to EVs. Aligned with the tariff walls going up for some time now on imports, customs duty has been increased for a number of electronic components, plastics, etc.

This is not a Budget which will be remembered. It is workwoman like, and sticks to the basics of adding up the accounts and micro initiatives to align with the selected themes and the vision document of the government. Critics will cavil that an opportunity for radical structural reforms has been missed. But “radical” reforms in the past have not really served us well. We are a tortoise, not a hare!

Adapted from the authors article in The Asian Age & Deccan Chronicle July 6, 2019 https://www.deccanchronicle.com/opinion/op-ed/060719/sitharaman-hits-all-the-buttons-sticks-to-basics.html