Posted on April 8, 2020 by Sanjeev Ahluwalia 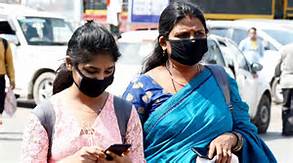 How well the government has done in managing the crisis will be known after the crisis is over. Sadly, too late to be of interest to the average reader. What can be assessed contemporaneously is whether government is headed in the right direction.

Thanks to the great India genome, natural selection, geography or strong government action India is doing well on the COVID 19 League Tables

More than two months into the crisis (the first case was detected on January 30) relative to the size of our population and the period of exposure to the virus, India is doing better than most countries. That is unless we believe that the Indian genome is naturally resistant to the virus and hence the low numbers of infections (5361) and deaths (163).

We must not discount “natures gift” for this happy outcome whether it is temperature or a COVID resistant genome or even food habits like vegetarianism or the use of traditional herbs.  But to ascribe our COVID 19 resistance to any of these should await scientific evidence.

The tyranny of numbers

Admittedly, our systems of recording morbidity and mortality are less than adequate. In the absence of adequate equipment, human resources and testing facilities the cause of sickness or death can become the fickle imagination of the attending doctor possibly dictated by the political incentive to reduce the impact of the virus (as is believed to have happened in Wuhan, China) or conversely to play up the crisis (as is happening in the United States now) for President Trump to declare “victory” when the actual deaths come it at well below the projected worst case scenario of 200,000.

We now know what we don’t know

Testing a representative sample of the entire population is the only way to effective to understand the spread and demographics of the virus. We don’t have this capacity. The lock down as a first response to reduce the spread, enable ground level capacity building, community level monitoring and the dispersed provision of medical assistance was a “safe” response.

The question is should our policy response going ahead continue in “safe” mode which ensures that the least blame from adverse outcomes is attached to government?

The politically “safe option” would be to extend the lock down till June 30 thereby replicating the strong action over three months that China took. But it will bankrupt the government. 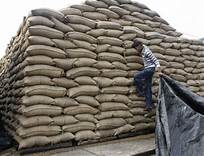 If we are to ensure social stability, as China does, 100 million households of informal workers and the poor will need to be fed for four months (April to July) at a fiscal outlay of Rs 2 trillion (1% of GDP). The reduction in annual tax revenue due to a slowdown of services and manufacturing over four months would be around Rs 3 trillion (1.5% of the budgeted GDP). The slowdown will also make the disinvestment target difficult to achieve reducing Rs 2 trillion (1% of GDP) from non-tax revenues.

The total additional cost, including the medical outlays and community effort, could come to around 4% of GDP which will push the fiscal deficit to just below 8% – higher than the 6.6% in 2009 after the global financial crisis.

There is another option. But like Mexico it involves taking a reasoned bet and assuming some risk of a moderate spread of infection (with a silent prayer to the virus resistant Indian genome) and open the lock down in phases on schedule from April 15.

Allow the free movement of export and import goods and goods traffic within cities and between states. Allow free human movement within cities. Lift all controls on production, service and retail businesses with enhanced monitoring of the health of workers. Let businesses decide the level of production they are comfortable with and the number of workers they need.

Assure the informal workers of the financial/food support for two months (April and May) even if they resume work as an incentive. Distribute masks and gloves to all workers.

Celebrate Labor Day (May 1) by allowing all inter-city human movement. Curbs on international human movement should be phased out only once the global infection levels are under control.

The HAT businesses (Hospitality, Aviation and Tourism) will be selectively affected. But that is inevitable. 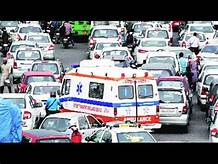 This option still has fearsome fiscal consequences. But the cost will reduce to around 2% of GDP – one half of the cost of the “safe” option due to the lower worker support and more tax revenue from earlier normalization of the economy – not to be sneezed at.

The risk from additional mortality and morbidity would be quite small. It should not vary significantly from past trends because in any case, India has not been under a strict lock down except, perhaps, in the plotted urban areas.

40 % of urban India lives in congested slums and irregular settlements where complex community norms prevail. In rural India (70% of the total population) effective lock down is a mirage as life revolves around the work patterns of the crops – any postponement of which spells serious economic disaster.

Second, winning a “medical” COVID war by minimizing the mortality risk and the fleeting political gains thereof, must be weighed against the more sustained economic loss over a year or more.

Finally, remember even if you end up faring less well in the medical war you would still have done much better than most other comparable countries.

Compare this with the assured economic collapse from an extended period of lock down, which will never be as strict as China’s nor would it have the voluntary buy-in as it does in Germany or South Korea. Why would you want to be like France or the UK and not Mexico? Contain and treat localized hot spots. Free the rest.

3 thoughts on “Political & economic sense: Extending lock down = caving into the COVID 19 threat”